Jim is back with another awesome Comic Book Crossover!

This week, we’re talking Captain America! Who isn’t excited for The Winter Soldier to hit theaters? I know I am! Jim got a great photo opp and talks a bit about the origins of the Winter Solider storyline. With a storyline there’s a writer and in this case it’s Ed Brubaker!

Check out this weeks CBC below!

Welcome back comic book fans. Again apologies for last week but my world was a big mess. I’m back and even though this weeks haul was a bit small there was a great photo-op that popped up  and it tied in nicely to one of the best all-around comic books out there.

As all you crazy fanboys know Captain America: Winter Soldier comes out in April and pictures/information is slowly trickling out. Well last weekend as I arrived at the movie theater I saw the greatest cardboard stand since the Silver Surfer a few years back. This was the Cap poster on steroids. 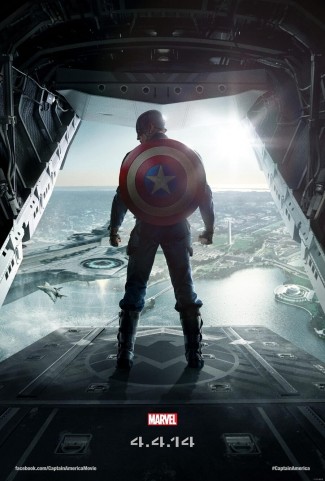 We have the backdrop of the poster with the shield about a foot in front so you can squeeze in for a pic.. What a great opportunity to put yourself smack dab in the middle of the first official Cap poster. I know Chris Evans version is a little nicer than mine but come on, I still look pretty intimidating. Maybe S.H.I.E.L.D. can up my clearance. 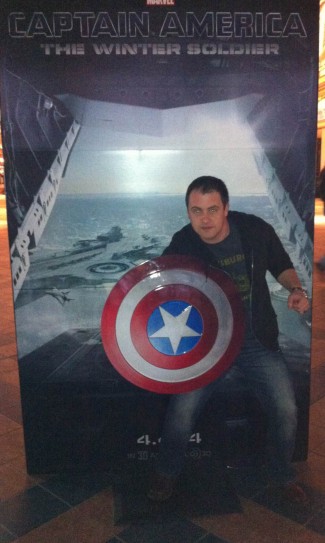 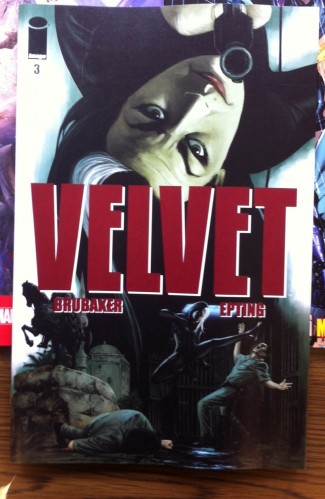 Brubaker is the comic book version of Tom Clancy, a serious writer of suspense and espionage. Velvet is a story about a middle-aged agent who gets burned by the people she works for and is now out on her own trying to clear her name. This story is surely going to be on Hollywood’s radar once Winter Soldier comes out, if it isn’t already. Just take a look at the cover of issue #3, if a chic with a gun kicking ass doesn’t grab your attention then I don’t know what will. 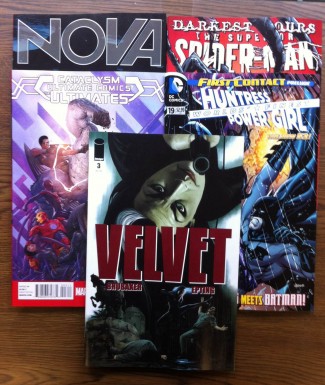 Other than Velvet we have the new issues of Nova and Superior Spiderman. Each book has a direct tie-in to 2014 Marvel movies and as the movies get closer we’ll take a closer look at their creative teams.

That’s it for this week now go check out Velvet and if you’re at the  movies and you see this stand take a picture and send it in. I’d love to see some other folks being as dorky as me.