Home / Reviews / Captain Marvel In ScreenX: Is It Worth Checking Out The New Multi-Projection Theater?

I don’t know how many of you remember that feeling when you first went to the movies and you saw something special. Well, for me, growing up in Detroit, movies were an amazing escape. They made me jump for joy, cry, laugh and just forget my worries for a couple hours. There were entire summers where my friends would pretty much go to any movie I wanted to see. That was sometimes good and bad. Picture my old hockey team at an advance screening of Steel Magnolias and you get the picture.

I’ve seen a couple films in this format and I have to say, it’s amazing. I headed down with the incomparable Erin for a hang out night, we had dinner, we laughed and we saw Captain Marvel in ScreenX. 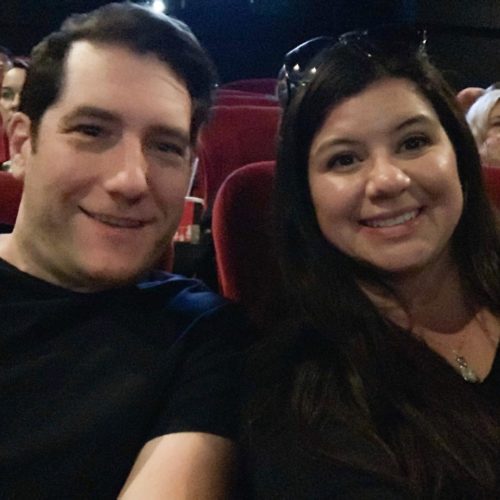 This was honestly the perfect film to see in this format. The entire first section of the film, we were surrounded by space fights, explosions and more. I have to tell you, it was so immersive I didn’t know where to even look at times.

I also love taking people who have never seen the format before, because Erin really loved it as well. Sure, it could have been the company, lol but personally I think it was the way the film was presented. It even made Brie Larson’s acting seem two dimensional! Sorry, had to be said.

When you first walk into the theater, it really does seem like a typical set up, it’s fairly bare bones, but looks can be deceiving. A theater can have every reclining seat you want but if the film watching experience isn’t up to snuff, it’s a no go for me. Bells, whistles and the like can be fun, but even at times distracting. Here, with ScreenX I can literally say it does transport the viewer to another world. It’s pretty incredible.

The one thing I always wonder about is why the picture isn’t projected on all three walls during the full film? I’ve seen three movies in this format now and while I’ve loved every one of them, it’s interesting that the film only expands during large action sequences or space flight, etc… There seemed to be a few moments in Captain Marvel specifically that seemed like missed opportunities to use the ScreenX formatting.

Overall though, it’s an incredible moviegoing experience. It can take a middling film, like I thought Captain Marvel was and make it 10 times better. That’s pretty impressive and high praise in my book.