Here’s something I don’t understand… Why are all the cool events on the same day? I mean seriously, today there was the Jennifer Garner premiere which I’ll have a recap ugh… I mean of.

Now, the other event I chose to head down to was a small book release party for Princess Bride star Cary Elwes. His new book, “As You Wish: Inconceivable Tales from the Making of The Princess Bride” comes out 10-14 and I’m actually really excited to read it.

This event had a bunch of people on the list, some names I thought were never going to show, and some co-stars as well.

When Scotty and I arrived we were the only ones there. We were joined by a couple others pretty fast. Cary Elwes was on the carpet and we were waiting for him to leave. Now, it’s his book release party, so I figure he’ll be there for a bit.

After he was done with a round of photos he was walking inside and stopped to sign one each. Thankfully, Ron didn’t have anything and helped me out. 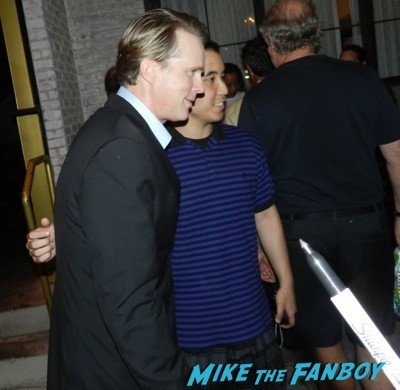 Carey signed my Counter Standee and mini poster. He always personalizes, which is fine. I prefer cast pieces not personalized, but I’m cool with it.

Suddenly Mel Brooks shows up behind us. I brought my Blazing Saddles and Young Frankenstein mini posters already signed by Gene Wilder. 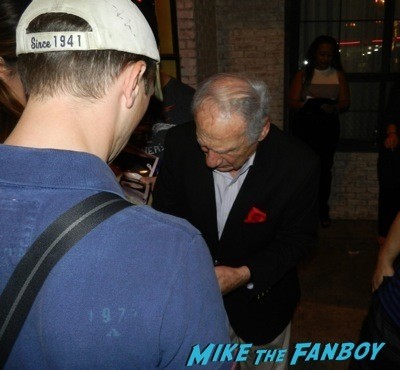 Mel was super cool and signed both posters for me. he headed onto the carpet and then Rob Reiner arrived. 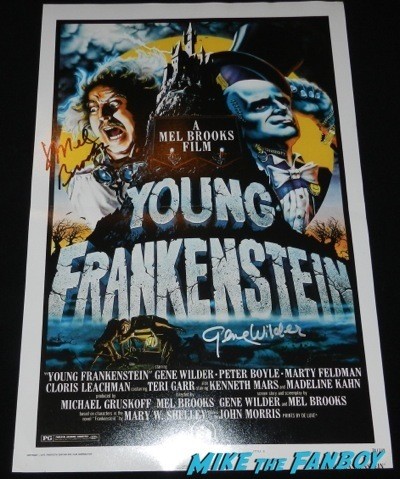 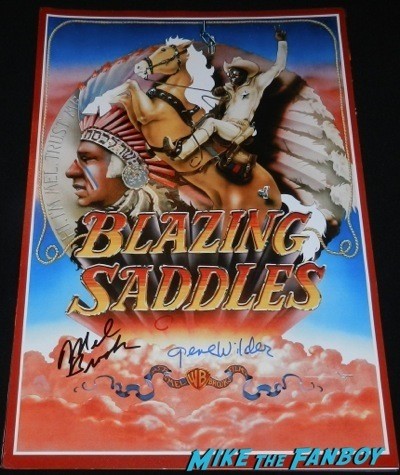 It was cool to see the three of them on the carpet together. 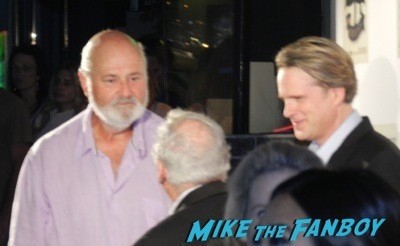 When Rob was done he came right on over. Garrick had my Spinal Tap mini poster signed by the three leads already and I had the two Princess Bride pieces. Rob was super nice and said, “Wow.” when I showed him the counter standee. 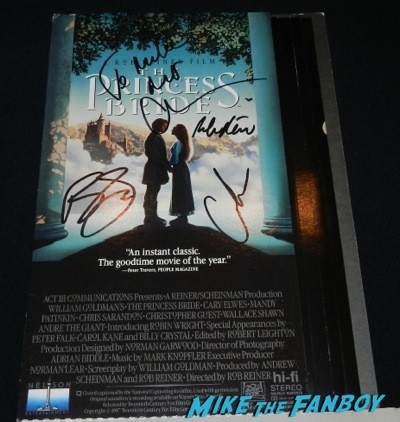 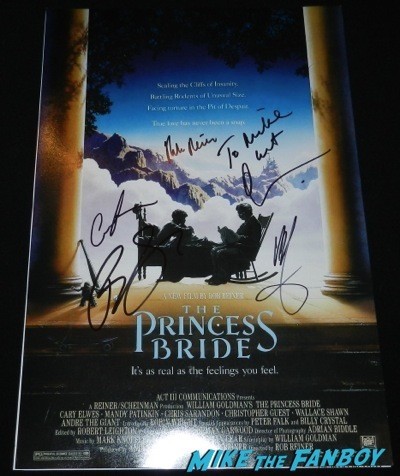 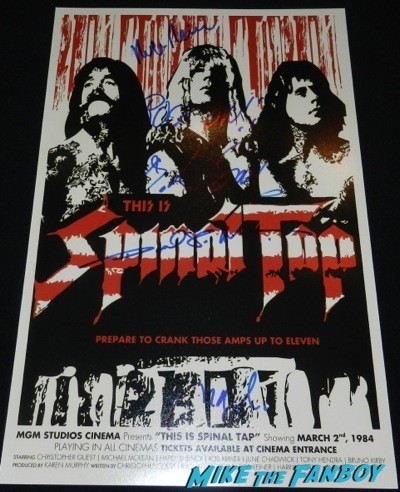 Ace, Alex and Chris showed up and Scotty took off. It’s nice that it was fairly low key.

A bunch of people who were not on the list showed up, like Kristen Bauer, Selma Blair, Matthew Modine, and more. I hate when I see people and I have stuff for them to sign. Ah well, what can you do right?

As we were all waiting, there was one name on the list, I never thought would show.. Jim Carrey. I mean, I’ve never gotten him to sign anything, and rarely ever see him.

We were all hanging out and I brought two things for him. You’re going to laugh, but I brought my Earth Girls Are Easy mini poster and Eternal Sunshine that I already got Kate on.

Earth Girls Are Easy is one of my all time favorites.

I know… But it’s a cult classic.

After waiting a bit and talking to the guys, guess who comes storming out from around the corner… Jim Carrey. I had my Earth Girls are Easy poster in my hands and Jim started signing away. He signed the poster and said, “Wow, now that’s an old one!” He was really cool, I wish it wasn’t so chaotic.

I have to tell you, I think everyone got one and it took maybe four to eight seconds. That’s how fast it was, I can’t even tell you.

I waited around for a bit more and after a few people left, I had to move my car so I missed Jim leaving. Doh!

Still, I headed off very happy. I never thought that this little event would be so good! 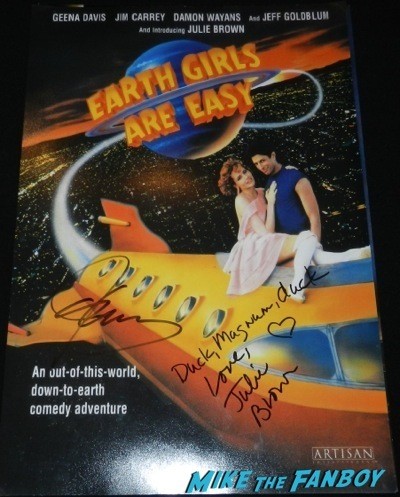