I am a little late to the game with the hysterical comedy Schitt’s Creek.  Mike told me that I had to watch the show.  I told him that I would eventually get to it.  Well, now I am hooked, and the show is over.  But, I have managed to get through almost four seasons in a short period of time.  I am addicted!  I love the show!

During last year’s F.Y.C. Emmy season, my friend invited me to an event.  While we were there, Catherine O’Hara was in attendance with her husband.  Now, how can you not love Catherine from her long list of classic films?  I couldn’t resist asking if I could take a picture with her.  Ms. O’Hara was very kind and obliged.  Now that I am hooked on Schitt’s Creek, I am even more thrilled to have got this picture with her.  It’s Moira Rose!   Thank you to both my friend for inviting me to the event and to Catherine for being so cool! 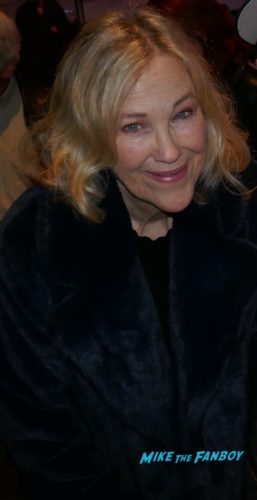