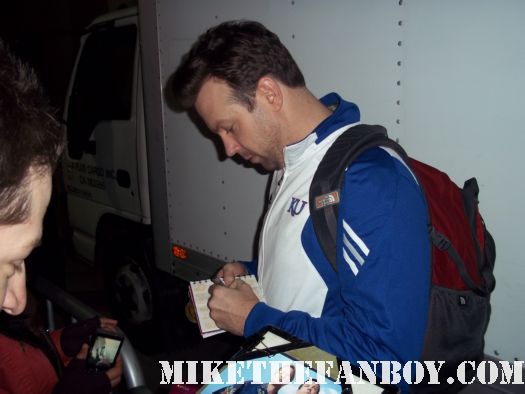 My old friend CB is out again, this time he’s heading out for SNL alumni Jason Sudeikis. Jason is going to be in the new movie Hall Pass with Owen Wilson. He seems like a cool guy. Also at the same event was front runner for Rookie of the Year and the Clippers Franchise player Blake Griffin. Now, I’m not a sports guy, so I’ll leave that to the old CB. Without further delay, here’s master of ceremonies CB with his report!

Hello again, CB here. Mike has been nice enough to let me post my encounters, and today I am really excited because I got two meet two really awesome celebs. Today I am going for Jason Sudeikis and Blake Griffin. I’m mainly going for Jason Sudeikis. I am a huge fan of his work on SNL and he is co-starring in the new Owen Wilson movie, “Hall Pass”. I’m a big fan of his Joe Biden impersonation, which is pretty dead on to me. The other guest, if you follow basketball at all, you know who Blake is; he is the front runner for Rookie of the Year and the Clippers Franchise player. I’ve been printing 8X10’s this week since they are on sale. YAY, but I got a 4X6 too, much to Mikes sighs. I could have gotten a basketball, but he’s a pro basketball player so it’s highly possible he won’t sign. I’m ready and lets go!

4:30 – I’m running late, AGAIN! There are at least seven people ahead of me all armed with pictures, basketballs, and Blake Griffin jerseys…I only have my one 8X10….sigh…and no surprise to me, no one is really here for Jason….argh…

6:30 – Security is moving, and it’s BLAKE! Everyone yells, and he looks and waves and goes right inside.

7:10 – OMG! Its Cameron Diaz and Arod. They arrive to tape, and security is on high alert….Great, here comes all the paps…

7:55 – Security is getting ready, someone is leaving, it’s Blake. Everyone yells for him, and he goes right to the car…About 3/4 of the people leave, but OMG, he’s signing from inside the gate. I sprint to the gate and slide my picture through a gap about three inches wide and he signs it….He signs about four autographs, total. I’m very happy to get him. It happened so fast I couldn’t even take a picture. 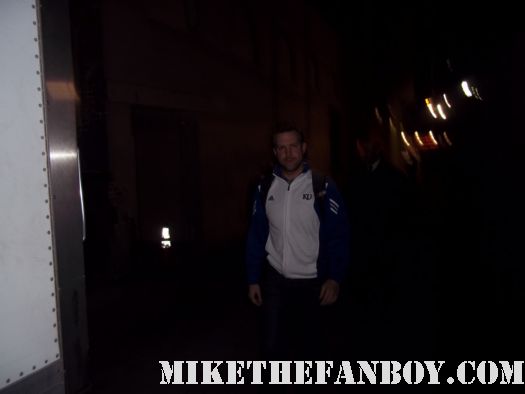 8:45 – Okay, seven of us are waiting for Jason. Security opens the gate and he comes out, we yell for him and he comes right over. YAY

Jason is SUPER NICE. He goes down the line and takes photos and signs autographs with everyone. What a nice guy. I ended up getting both my photos signed, so it was a great day. CB OUT! 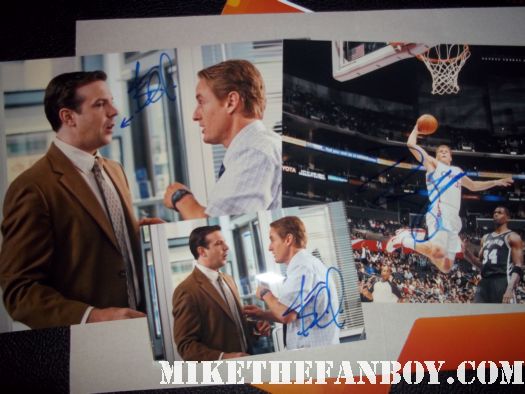