Home / Fanboying! / CB Gets All Giddy For Jackass Star Johnny Knoxville and That Britney Spears Girl… Oh Yeah Her Too… 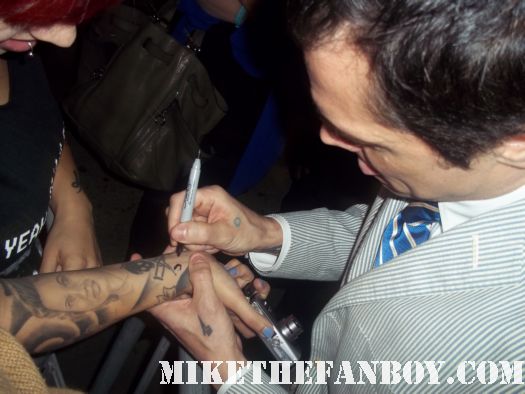 God Bless CB and his taste in movies… and stars for that matter. I’m not dissing on Jackass, a good punch in the crotch is always fun to watch, but is Johnny Knoxville someone I would spend a good part of my day to meet… God I hope not! Lol… CB got mixed up in all the Britney Spears craziness as she was taping a rare talk show appearance that day as well. Ah… good times… All for the sake of a Jackass! Lol…

Nanananana CB, CB, CB! Your favorite mikethefanboy.com contributor is back in action. Today I am going for Johnny Knoxville. WOOO! I grew up on Jackass. It was all we talked about in high school.

I still remember going to the theater to see the first movie with my friends. I am a big fan of Johnny’s work; go see Dukes of Hazzard and The Ringer people!

(Editor’s Note: Mikethefanboy.com does not encourage nor do we condone anyone seeing Dukes of Hazzard or The Ringer. This is CB and ONLY CB’s opinion! M-)

I will admit, not exactly cinematic masterpieces, but still, I like them… Anyways, Johnny was the only guy who I did not get to sign my poster at the Jackass 3D premiere, so I’ve had it unsigned by the main actor for awhile. I got everyone on it, even Phil and April Margera! Johnny was doing a television appearance, so I told myself; this is my best shot to get him. Armed with my poster and 8X10, I’m off.

7:30: I’m here waiting for Johnny Knoxville and only Johnny. It’s cold and windy and I’m surrounded by a huge crowd for a girl named Britney Spears. I dunno who she is; I’m only here for Johnny.

7:35: They just started taping, OH great, its going to be a long night.

8:20: Okay, I hear the show has ended. I see security is moving and it’s Johnny Knoxville, we yell for him and he comes right over! 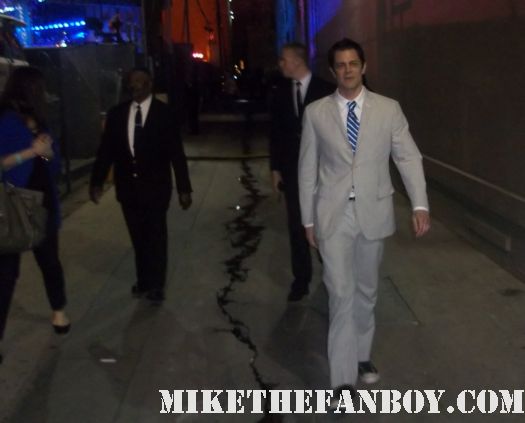 What a stand up guy. He signs a girls arm so she can get it tattooed later. 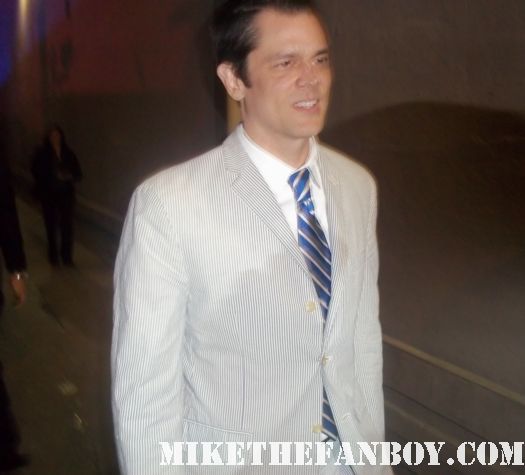 Johnny Knoxville finally signs my poster. I tell him I’ve been holding on to it since the premiere and he thanks me for being a fan. He does photo ops and signs for everyone. 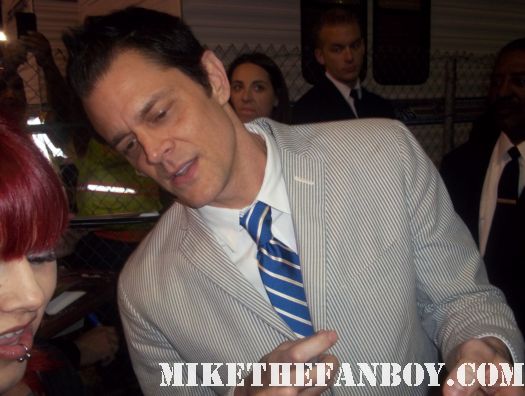 Such a nice guy. Ten minutes later this Britney Spears chick has her car pulled right to the door and leaves, never acknowledging the crazy crowd for her. I’m stoked, got the guy I came for! Until Next time, same CB hour, same CB channel, same CB blog! KAPPOOOOWWWW! 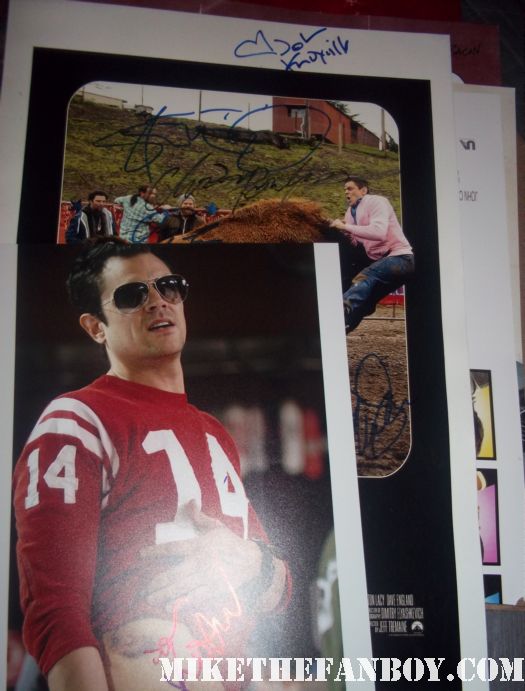