Oh that CB… Not only does he find his love of Paul Walker fanciful he also now is referring to actors by their fictional names. This does work once in a while, but eventually you have to start calling Kiefer Sutherland… Well… Kiefer Sutherland and not Jack Bauer. It’s just the truth.

With that said, CB was out and about to try and get Jack… I mean Kiefer to sign a photo or two while he was out promoting his new series Touch on FOX!

Check out CB’s Full… Ahem… Report after the jump!

Deh-shay, bah-sah-rah, Deh-shay bah-sah-rah ! So yesterday I got some upsetting news that FOX has delayed the filming of the movie following the day in the life of Jack Bauer. I’m quite saddened to hear there will be no DAMN IT’s or killings to warn terrorists of the legend of Jack Bauer. Fox has decided they do not feel it is necessary to deter terrorists, but luckily Jack Bauer never sleeps, he waits.

As fate would have it, Jack Bauer was in town to promote Kiefer Sutherland’s new show, Touch. Touch is quite an interesting show I must admit. The following are facts I must mention to warn terrorists. The war in Iraq will end when Jack Bauer vacations there. Jack Bauer doesn’t miss. If he didn’t hit you it’s because he was shooting at another terrorist twelve miles away. The Killers are a Jack Bauer tribute band. On Jack Bauer’s Tax Returns, he has to claim the entire world as his dependents. Jack Bauer sleeps with a pillow under his gun.

I arrive and wait for Jack. I’ve met Jack before and I know he is a great guy as long as you’re not a terrorist or Nina Meyers. I wait for him to arrive and I’m just chatting with a few friends and within ten minutes of talking, we see Jack pull up. We ask him to sign, but he’s on the phone, probably with the president, and says one second. 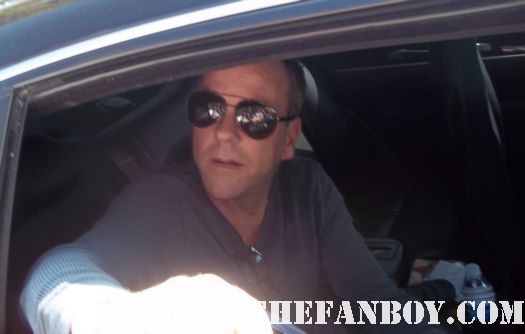 He puts down the phone and waves us over and signs for the five of us waiting for him. I thank Jack for signing and wish him luck, but he’s Jack Bauer, so luck wishes for Jack Bauer. 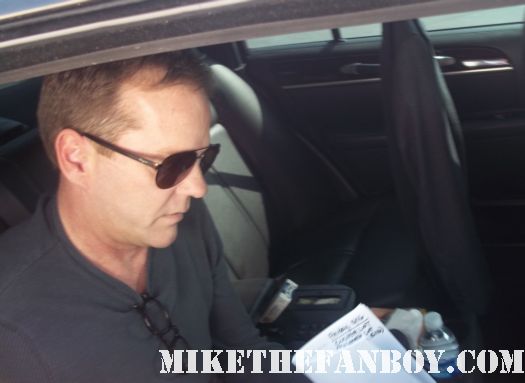 Once again, Jack Bauer was very accommodating to everyone. He’s one of the best people I’ve ever encountered with fans. He is a class act all the way. When Mike The Fanboy is ashes, you have my permission to die. Until next time, same CB hour, same CB channel same CB website! KAAAAPPPPPOOOOWWW! 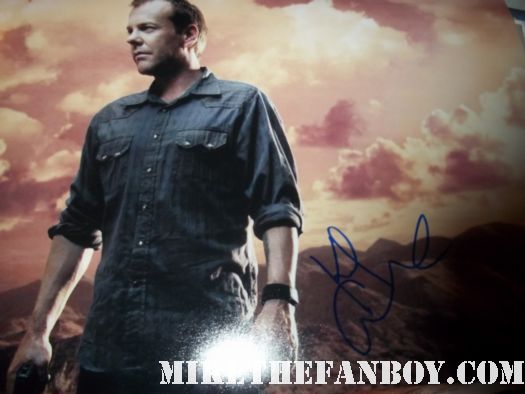