Home / Fanboying! / CB Is Singing the Praises of Tron Legacy Star Mr. Garrett Hedlund Who Signs Autographs, Meets Fans and Apparently Is an Awesome Dude… Now, Why Wasn’t I There! Grrrrrrr… 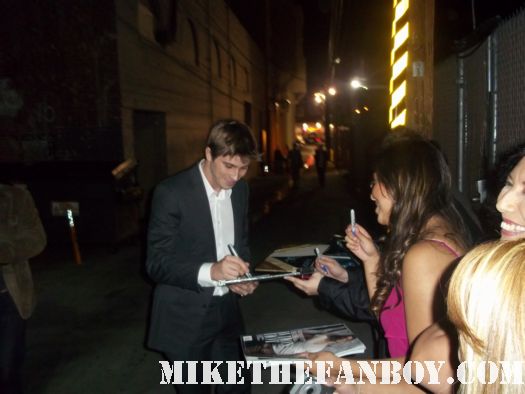 Ah, Tron Legacy… I remember this… lol… Actually, I just bought the deluxe five disc set from Amazon the other day, so I better freakin’ remember it! Lol… I was out and about and couldn’t make it to this, and of course Garrett Hedlund is the last one I need on all my Tron Legacy stuff… Sigh… I liked Tron Legacy a lot, didn’t fall in love just yet, but I’m hoping that I will eventually after the next one comes out. I have a feeling the next one could really kick ass! Sigh… That would be nice wouldn’t it!

CB was out and about for Garrett Hedlund, and you can check out his full play by play below!

Take it away dorkus!

NANANANANANANA CB, CB, CB! Hello everyone, it’s your favorite mikethefanboy.com contributor, CB. Today I went to Target and saw the Tron figures are half off, and I saw the Deluxe Sam Flynn figure, and I remembered I met Garrett Hedlund not too long ago. Garrett Hedlund was a really nice guy and has been in some movies I like, including Four Brothers, Troy and of course TRON: Legacy. Actually, he was in one of my favorite movies, Friday Night Lights starring Billy Bob Thornton. My memory is still clear as day because Garrett Hedlund was such a great person and really nice to his fans and I met Amy Adams for the first time as well. I had my Tron Legacy poster, two photos and my camera, so here is the action!

5:00: I arrive and they are filming Muppet’s the Movie near by and I was lucky enough to catch the lovely Amy Adams in costume and she took a photo with me. She’s so so nice!

5:30: There are a lot of people here, mainly fans. I’m fine since I’m way in the front. I’ve actually never met Garrett Hedlund, so I hope for the best.

6:00: We see security moving and it’s Garrett Hedlund, and we yell for him. Without even thinking, he comes over! 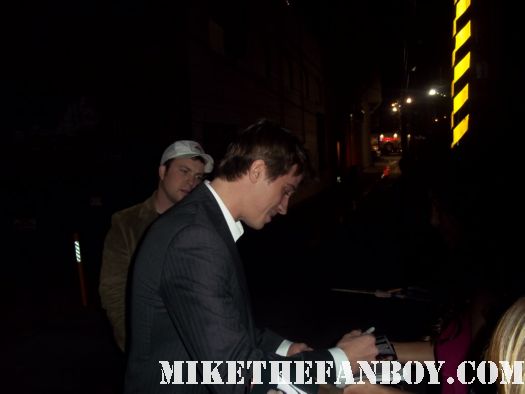 HOORAY! He comes to the fans and says, and I still remember this, “Wow, you guys are so quiet and calm”. I’ve never heard a celeb say that and Garrett Hedlund goes down taking photos and signing autographs. 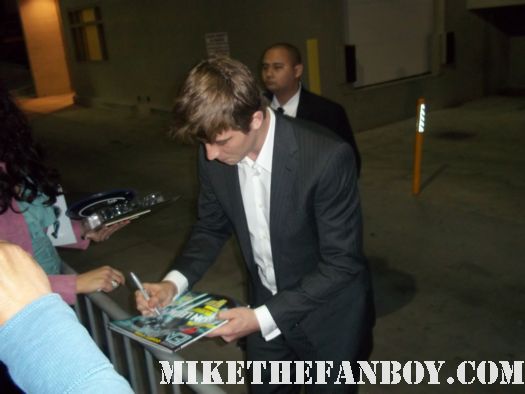 He takes his time and talks with everyone. He signs my poster, personalizes my photo and takes a photo. Such an awesome guy.

Garrett is always going to be Hall of Fame to fans in my book. Such a great person to take time and chat with fans. Until next time, same CB hour, same CB blog, same CB channel… KAAAAPPPPPOOOOOW!