Today is a sad day for all of us here at Mike The Fanboy, the writer formerly known as CB has decided to take a break. I understand… it’s Fanboy burnout! Needless to say we will have a lot less Paul Walker and Vin Diesel references in the coming weeks! LOL…

To be serious for a second though…

From myself and everyone here at Mike The Fanboy I want to thank CB for sharing all his experiences this past year or so. Honestly, there’s nothing that makes me happier than looking in my inbox and seeing a new article. Whether it’s Pinky’s 1980’s stars, Erica giving a detailed play by play, Scotty doing a recap of meeting a music celebrity, The Movie Maven doing a review, The Scarlet Starlet doing a UK premiere recap, or The Novel Strumpet telling us what’s hot to read, getting all of your articles is what really brings a smile to my face.

So, if you have always wanted to write something for MTF guys, please do so. I get a total kick out of reading and seeing everyone’s experiences. That’s really the point of what I’m trying to do here!

Anyway, I’m hoping that CB will miss his MTF days and relent to do an occasional report here and there. I want to take this moment to thank him again for sharing all his encounters with me and all of you as well.

In honor of CB I wanted to share a few of my favorite articles that he wrote below:

The Fighter Movie Premiere: This was the early days of MTF and CB wasn’t yet CB. LOL… I wrote the article but CB did make an infamous sign to try and get Christian Bale to sign autographs though… lol…

CB went on Location to the Sons of Anarchy set and was able to meet Charlie Hunnam himself!

Meeting Daniel Craig: I was still recovering from Comic Con when CB went out for the Cowboys and Aliens star.

Thor Movie Premiere: All the Avengers… I mean Mike The Fanboy writer’s teamed up for this awesome report from the Thor Premiere in Hollywood!

So, thank you again CB, if you ever want to come back, there is always a place for you at Mike The Fanboy!

Let me just cut to the chase as i feel I don’t want to waste your time or mine. I am taking an indefinite leave from MiketheFanboy. I am leaving on my own terms and their wasn’t any drama regarding my decision. In fact, no one knew about it. I am not a person, but rather a symbol for all fans out there who are super excited to meet their favorite actors and actresses. We are all a little CB, which for those who didn’t know, stood for Christian Bale, because he is my favorite actor ever. 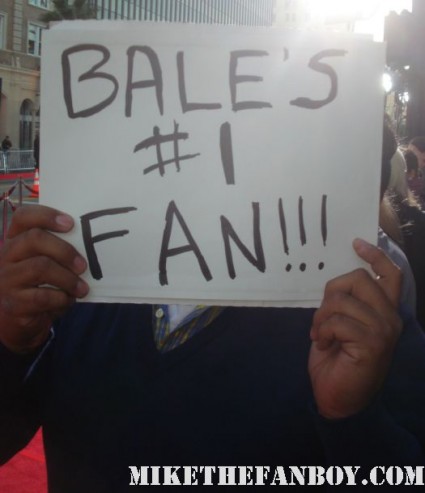 This article will be my last until my return from bathing in the Lazarus Pits. I really enjoyed the Fast and Furious ride that was writing up my stories. Don’t get me wrong, it was like riding a HOT ROD with all the fun i was having. It was like a little kid losing his tooth waiting for the TOOTH FAIRY the next day with a surprise.  I never knew what to expect and sometimes felt i was RUNNING SCARED and had to jump INTO THE BLUE. ( CB NOTE: Obviously, I am really enjoying this!) You get the point, it was all fun.

So for who do i choose my farewell voyage? Well, no other than my #2 favorite actor, Johnny Depp. Johnny Depp is a one of those actors who i contribute to several of the friendships i have made in graphing. I met Anushika, Erica, Pinky ( my Valentine for that day), and Victor (HI GERMANY) at the Rango premiere and we’ve been friends ever since. Johnny Depp was was doing a super rare talk show taping and I wanted to go, but wasn’t into it. I decided i have to go because it was Johnny.  I haven’t given Depp everything I have, not yet!

I arrive really late because i had already planned that the front barricades would be full, and just as i predicted, full. Thats not a problem, I already knew that was going to happen and instead focused on getting a spot along the fence. Johnny is a great signer and would not skip the fence. I am joined by Scotty who has this awesome Pirates of the Caribbean poster for Depp. About thirty minutes later Johnny arrives and we chant for him, but he goes right inside. I figured he would sign afterwards. An hour passes and Johnny emerges and starts signing at the end of the barricade. 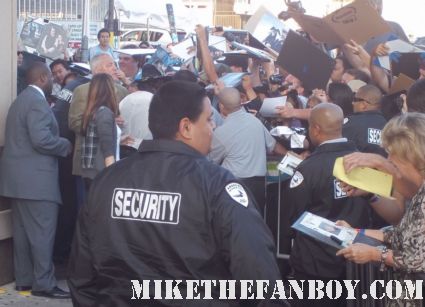 He assures us he will do the fence so i patiently wait. 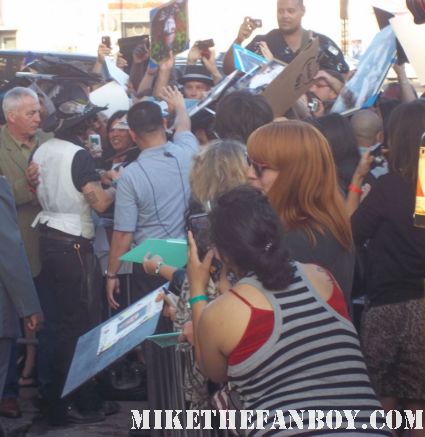 Johnny Depp gets my award for best signer of 2012. 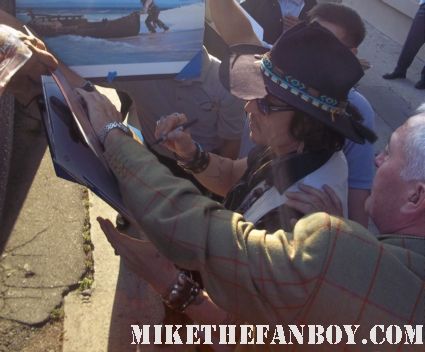 He takes his times and signs along the barricades and the fence. 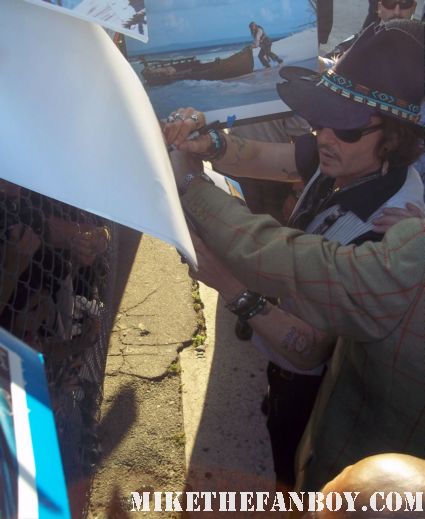 I get him on my photo, and thank him. My arms are scratched up, but it was so worth it. 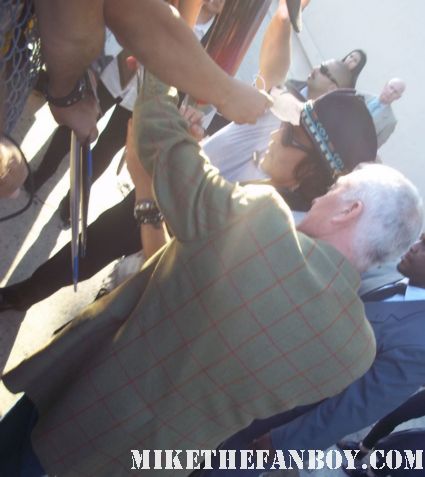 Its always surreal to see Johnny, but you remember every detail from your encounters. He continues to sign, then he waves and leaves. What more can a fanboy ask for? 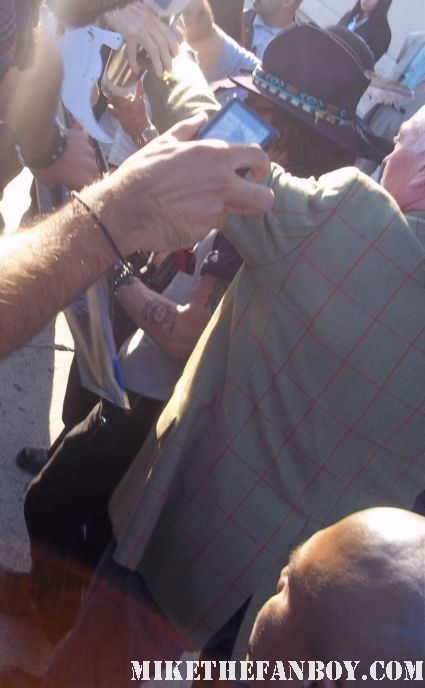 So there we have it, Johnny Depp was amazing. 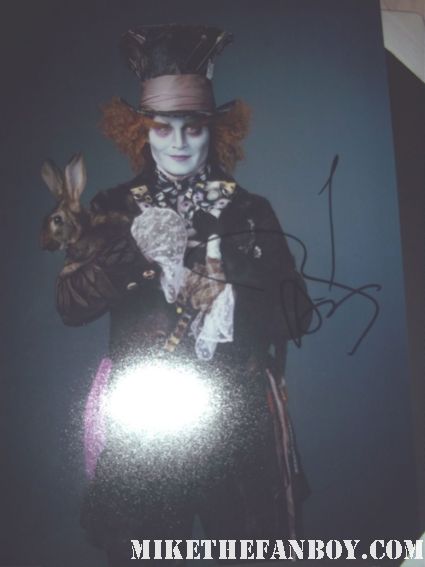 This really isn’t a goodbye. I have to thank Mike for allowing me a platform to tell my stories and all the MTFB family for being the best of friends a fanboy can have. To my peeps, I will still be around if you have questions. Just use the CBmail at peepofthecb@gmail.com. I  now take off my cowl and put it on the mantle, for one day to don again. When Mike The Fanboy is ashes, you have my permission to die.