Dude, I didn’t realize how many Avengers I met throughout 2011 until I read CB’s Avengers recap! I mean damn, I think I was there for at least half of these events. I wish I had a poster to get started! LOL.. Ah well… 2012! LOL…

CB takes us on his Avengers journey, and I thought to myself wow, what an amazing year! LOL… A lot of people would kill for these opportunities… Maybe I’m still in my New Year’s Eve gratitude mode, lol… I’m sure that’s at least half right. LOL…

Anyway, check out CB’s full recap after the jump!

Well, its the end of the year and one of the movies I’m most excited for next year is THE AVENGERS! (I’m also very excited for Ghost Rider Spirit of Vengeance!)

(Editor’s Note: Listing The Avengers and Ghost Rider in the same sentence is like mentioning Meryl Streep along with Andy Dick! M-)

I’m a comic book nerd, so next year it will be an amazing year for comic book movies. That low budget Batman movie is coming out too. Anyways, It’s donned on me that I have already met the Avengers, albeit  at different times of the year. This write up discusses my various encounters meeting the cast of the new movie.

The first Avenger was Jeremy Renner. I am a big big fan of Renner’s. I got him right around Oscar time and as he was rumored to be in Thor as Hawkeye. He was very nice in this encounter, mainly because there was only seven of us waiting for him. Still, super nice and the first Avenger I met. In fact, it was my very first post on MTFB! 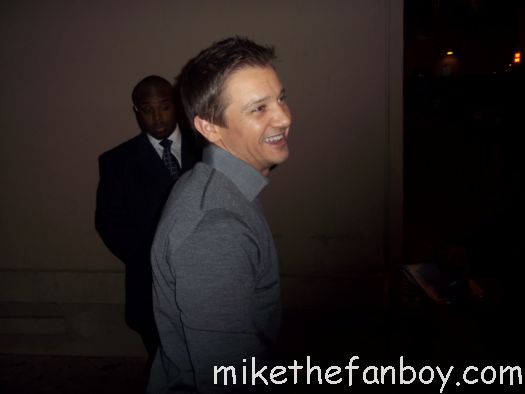 The next Avenger I met was Robert Downey Jr, Mr. Iron Man himself.  He was a guest at the Unknown premiere and I ran all over to find a photo to have him sign, and he was the second Avenger I got.  Sadly, I have probably seven RDJ autographs, and all look different….okay…two look similar… 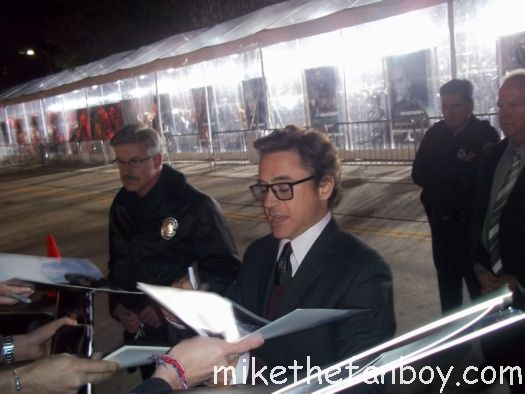 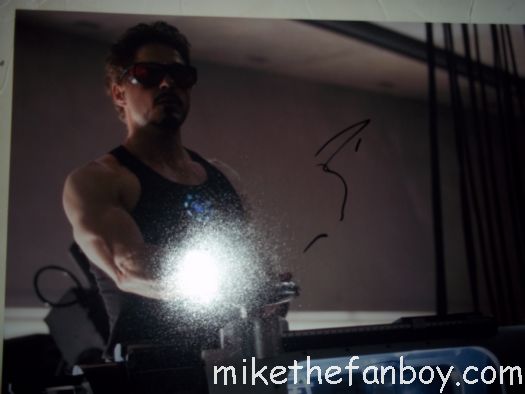 Next Avenger was The God of Thunder Himself, THOR….um…Chris Hemsworth as you mortals refer to him. He was at a Art Opening in Santa Monica, and that was my first time meeting him and he couldn’t be nicer. I then met him at the Thor Premiere and once again, super nice! I met him again at two talk show tapings…SUPER NICE….Then again at the Captain America premiere…super nice..then again…..okay, I loved Thor! 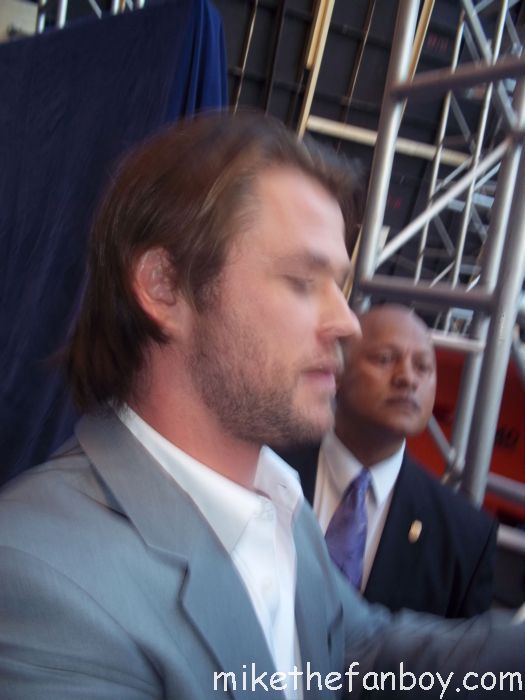 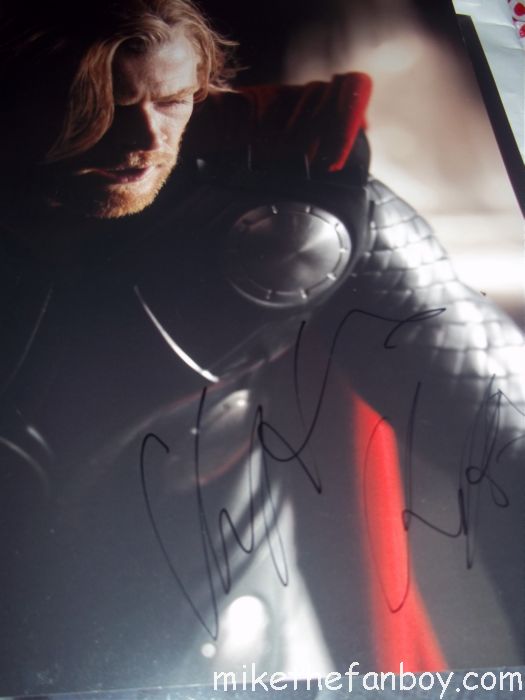 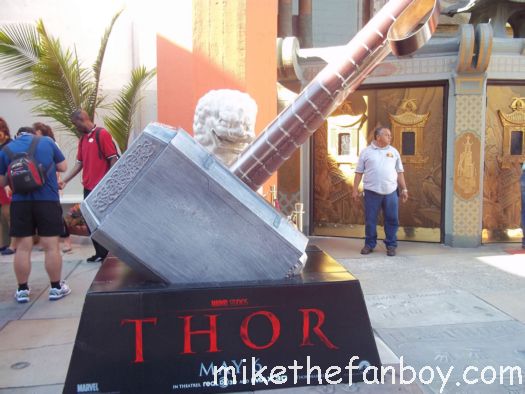 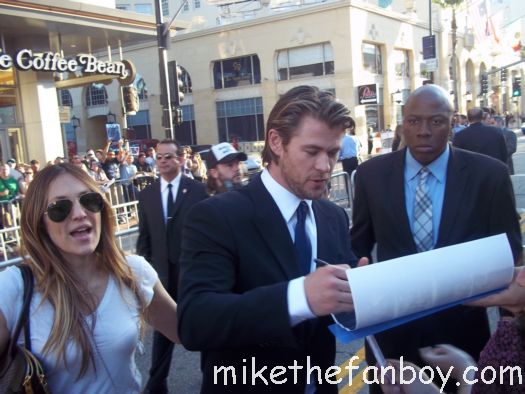 The next Avenger was the new Hulk, Mark Ruffalo. This is my favorite encounter, because Mark is so so nice, so nice that he thought my silver sharpie was dying and pressed harder on my poster…well, it was a paint pen…..sigh….still, Super nice guy! 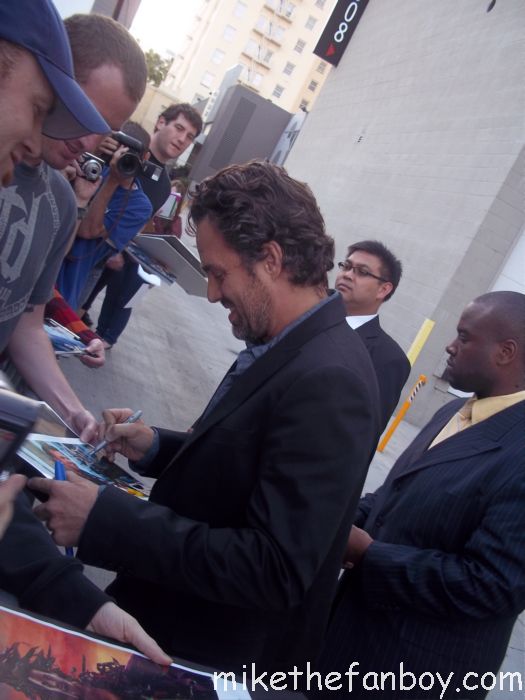 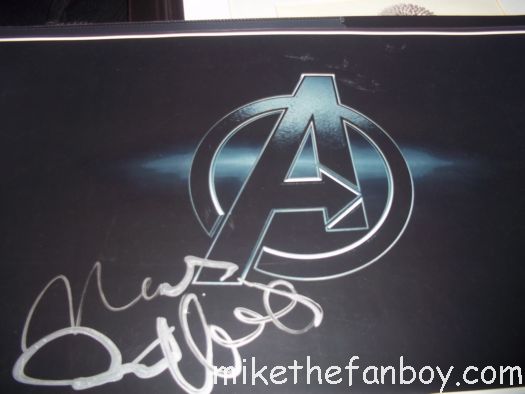 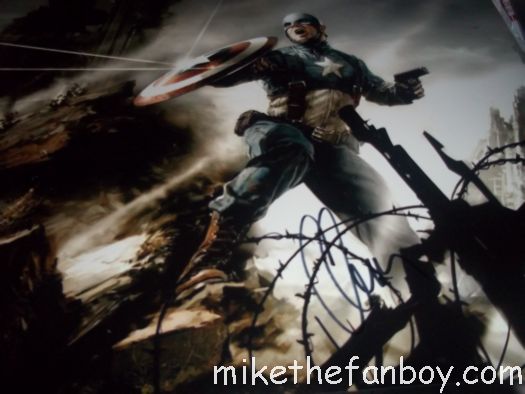 I need to meet the villain of the Avengers right? Well, thank god I met Loki aka Tom Hiddleston. Tom is super nice, I met him at the Thor Premier and at the Super 8 Premiere. The strange thing is every time I’ve seen the guy, I never have anything for him to sign, so we have two rather hilarious photos together. 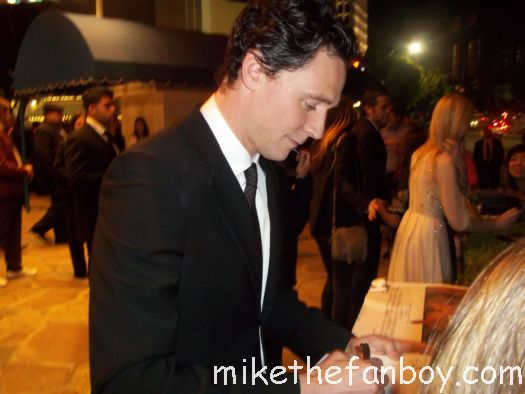 And the last Avenger of the year, well it was Iron Man Himself once again, Robert Downey Jr.! I got him at the Sherlock Holmes 2 premiere and he signed down the line. Not the greatest autograph, but my Comic-con poster looks amazing! 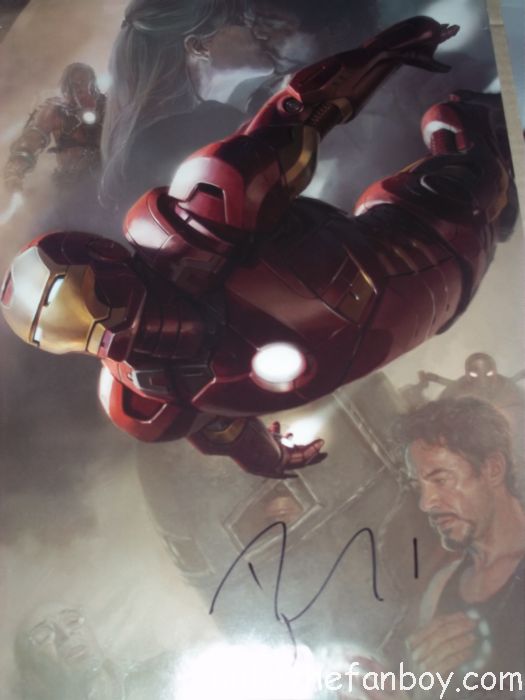 So there it is, and it only took me one year to meet them all! I hope next year i can get Scarlett and Samuel L. Jackson. Its been a fun ride, but next year should be just as fun. Take care everyone and best wishes for next year.