I must admit I’ve not checked out Boardwalk Empire yet. I keep meaning too and it’s on my Netflix list however it’s never made it to me in the mail. Ah well… The Television Academy honored the series and the cast showed up to support it.

CB was on hand to get some of the cast. I have tried for Steve Buscemi a few times with nothing but failures so I didn’t put much stock into this event. Anyway, most of the cast were there and CB was on the scene.

A week ago, I was told that there was going to be a BoardWalk Empire event coming up. I was excited, but i asked one question, “was steven Buscemi  going to be there?” I am a big fan of Buscemi and feel he is a very underrated actor. I’ve enjoyed a majority of his movies, and a personal favorite is Pulp Fiction, but many probably know him as Donny from The Big Lebowski. I’m a Big Lewbowski fan and I’ve given up getting a cast poster signed because the guy who plays Walter is very difficult to get.

Luckily, The Dude abides and is very nice to fans! Steve is awesome as Nucky Thompson is Boardwalk Empire. He was the reason i got into the show. I will admit Season 1 was amazing, and I have yet to catch up on season 2. I’m waiting for it to become available to watch everything from the beginning.  I had this Donny photo and I really wanted Steve to sign it, maybe even inscribe it with “I am the Walrus”, so i went off with little expectations because Steve isn’t as nice as he used to be. I knew many of the cast would be there, and took a photo and a mini poster I had from the first time i saw Steve. (He did the pretend “I’m on the cell phone” routine to not sign.) Armed with my stuff, I head out.

I arrive and grab a spot and just wait till the event starts. The first person I see arrive is Terrence Winter, the creator of the show. We call for him and he says in a minute, then takes some photos and comes right over. He is super nice and thanks us for being here. 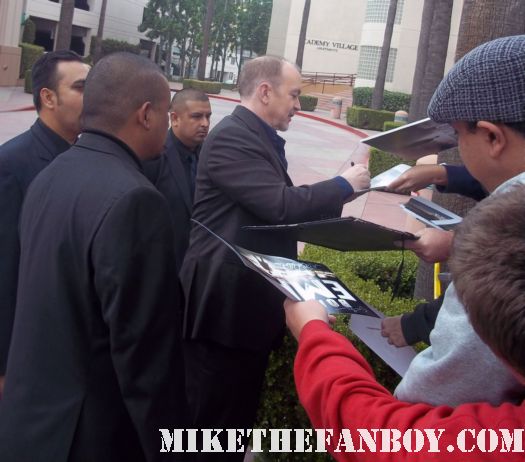 It seems like an eternity, but twenty minutes pass and nothing is going on. A fanboys worst fear happens, and four SUVS drop at the same time. I spot Steve getting out and we chant for him and he says one minute. We then call for Michael Kenneth Williams and he is very cool and comes over. I get him quickly, and keep me eye on Steve. I spot he is about to cross, but he goes to the very end. 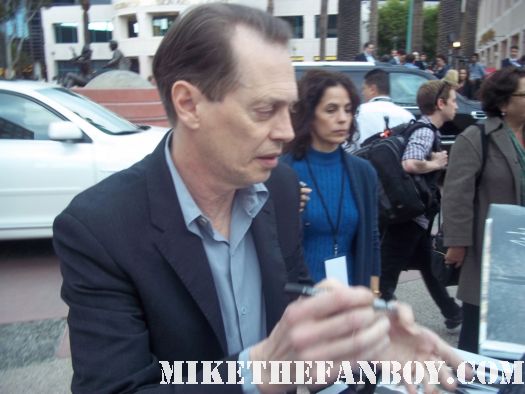 I leave my bag and don’t realize I left  my Lebowski stuff in my bag and have him sign my photo. Sometimes in the midst of the moment, you do impulsive things. He says, “Don’t worry, I’ll do the line” then does ten more autographs and leaves. In the midst of getting Buscemi, I miss Michael Stuhlberg. 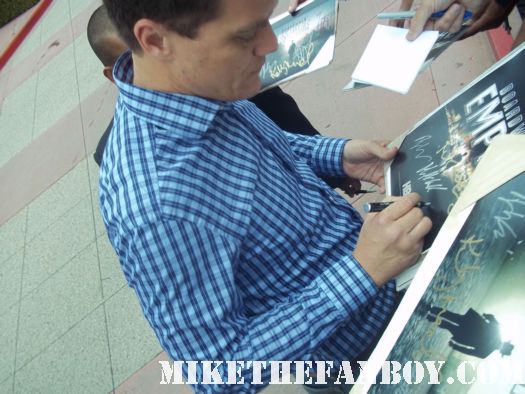 I get him on both photos, then get Kelly as she is coming my way. 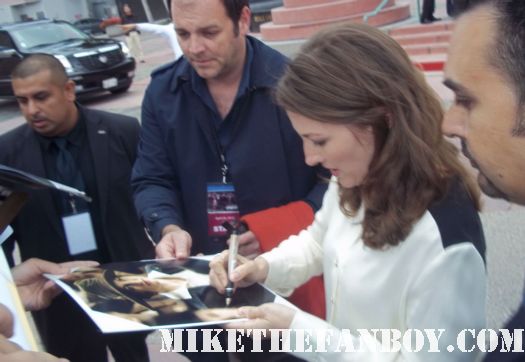 Vincent Piazza who i think is great as Lucky Luciano comes over and signs for everyone. 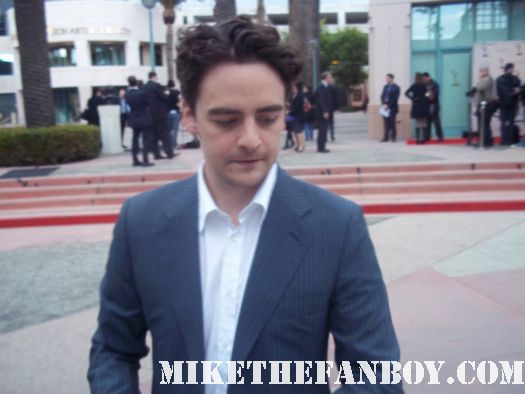 Michael Pitt finishes an interview then comes over and just signs. 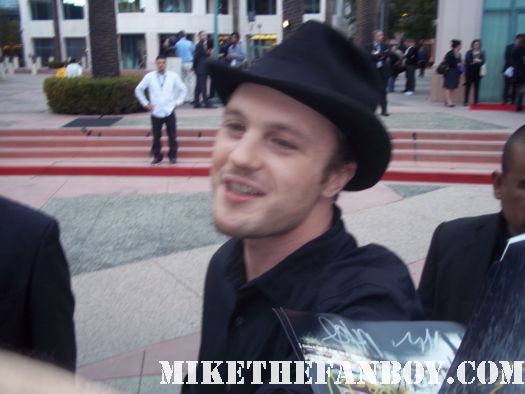 Not the best autograph, but its his. 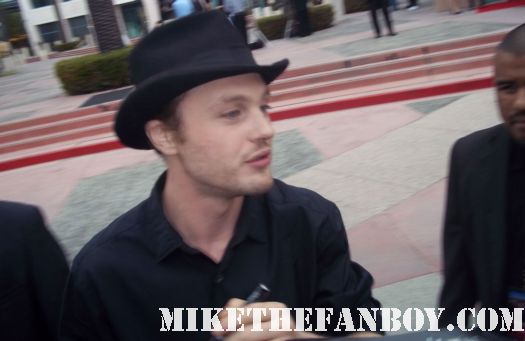 Finally, Gretchen Mol comes over and she stars at one end and works her way down. 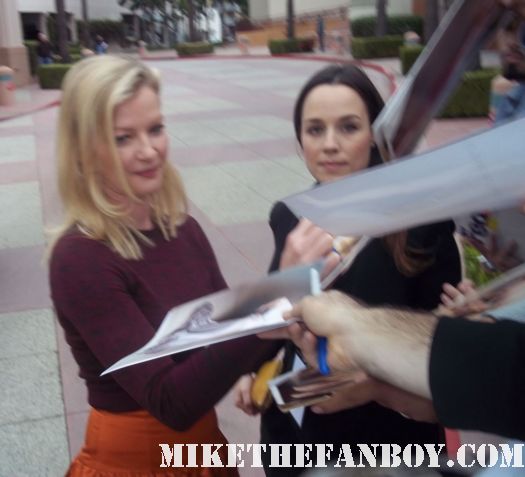 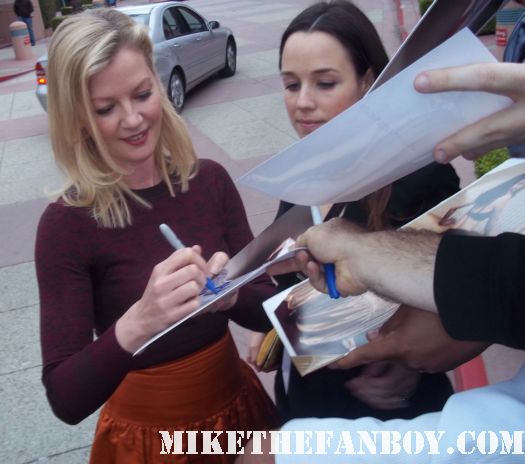 The event finishes up and Michael Shannon is still signing. This guy is a machine. One of the best signers ever. I get my stuff and leave. 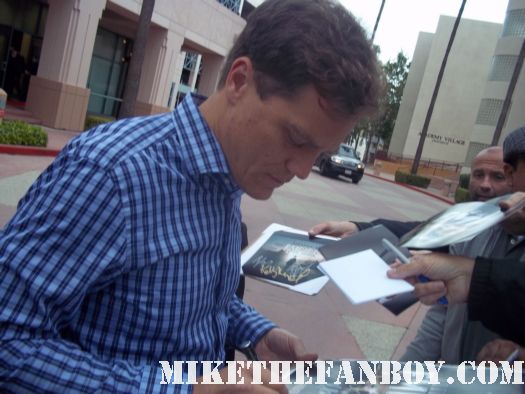 I left happy since I mainly wanted Steve and got him. Not many people got him so I’m happy with the outcome. Until next time, CB OUT! 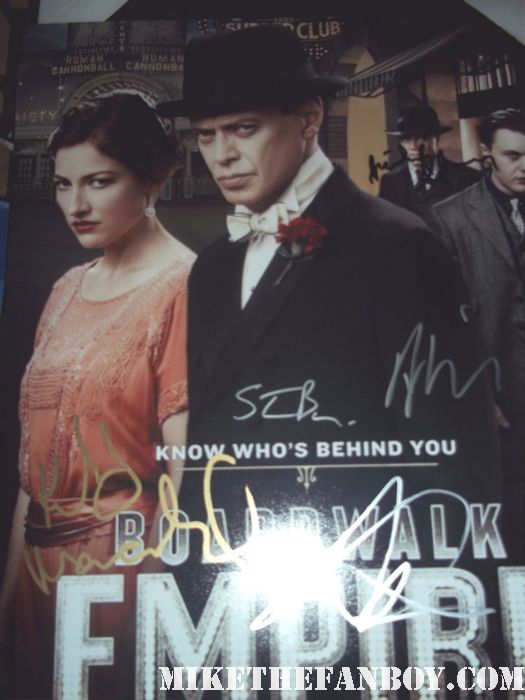 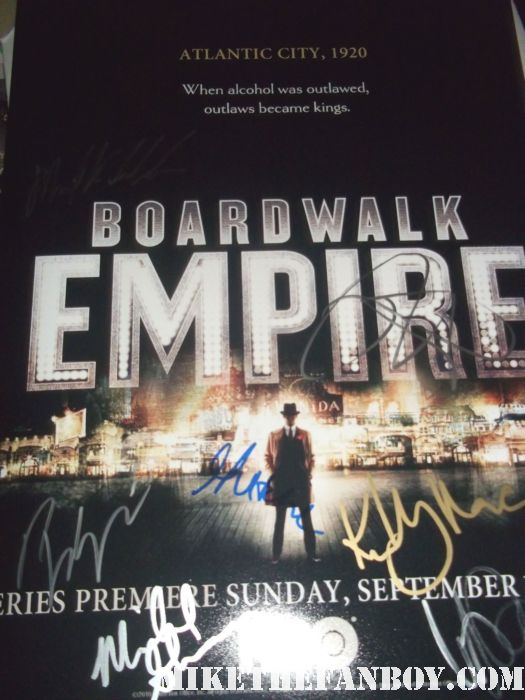