Home / Fanboying! / CB Says One For The Money Star Katherine Heigl Almost Causes A Riot As Fans Race To Get Things Signed! Autographs! And More!

Oh, CB you crazy fan you. All of us here at MTF really enjoy Katherine Heigl. Personally, I can’t help but like her. I’ve tried not to, and then thought why fight it? It’s not like I head to the multiplex every time she’s in a movie or anything, but when I see one of her flicks, I generally enjoy it. (New Year’s Eve though… Oh my Lord! Crapfest 2011!)

Anyway, I got a bunch of mini posters for Katherine’s new film One for the Money and gave one to CB. Once CB gets a poster he’s like a man possessed! So, he had to go out and get it signed.

Take a look at CB’s recap of the insanity that followed! Riots… For Katherine Heigl! Say what?

SWOON! That is the best way I can describe the way I feel every time I see Katherine Heigl! Katherine is one of the nicest celebrities in Hollywood, not to mention the sexiest. At the New Years Eve premiere she signed and signed and did photo ops during the premiere and was amazing, only Ashton Kutcher was better that night, but not by much. When stars are really nice, it makes it almost impossible not to like them, and at times, easy to pass them up. Such was the case with my recent encounter with Katherine. I originally didn’t want to go because I’ve met her several times before and every encounter has been great, but Mike gave me a mini poster for One for the Money and I said to myself, why not! So off I went and pretty much expected her to sign, but wasn’t prepared for the chaos that ensued.

I arrive to the venue late because Katherine is really good at signing, so I try to put in as little time and effort as possible. She’s a great signer, but that doesn’t mean they always do it though. We wait and see her arrive and she gets dropped right at the door and she waves, and goes right inside. I know she’s late, but she made a motion afterwards. So it’s freezing cold, its so WINOLD that I head to Starbucks for coffee.

I come back just in time to get back in line and see her leave. We chant for her, but she has her kid with her. Once you see the celebrity with their children, it’s almost a guarantee they won’t sign, and sure enough, she didn’t come over. I can’t blame her, she has her kid with her so I just leave. I call it a night and walk up and notice she hasn’t left, but is still in the parking lot. We kindly ask her if she can sign and she says, SURE! She was more than happy to sign, but she is doing it through a hole in the fence the size of a tennis ball. She says, “I’ll come out and sign” and she decides to sign outside. I get her on my poster and photo, and this is where it gets crazy. 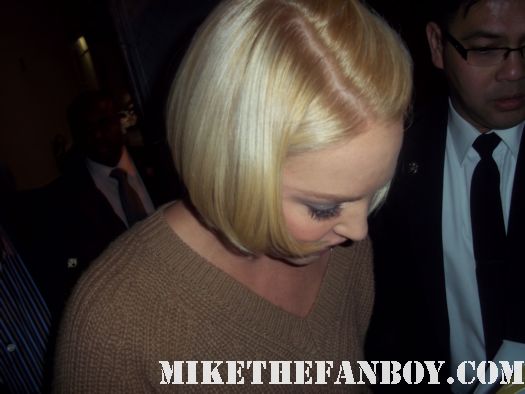 People have realized she is signing and run over to where we are. There is no barricade and she is signing in the middle of a mob essentially. She does the best she can and then leaves because it can get very unsafe quickly. 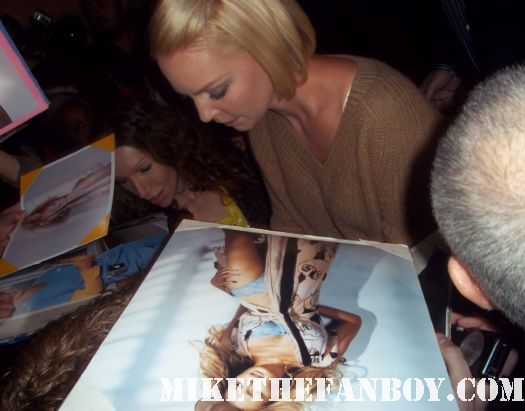 As soon as she signs for me, I step back and just watch the chaos. It almost didn’t happen, but she still signed. My hats off to her. Until next time, take care 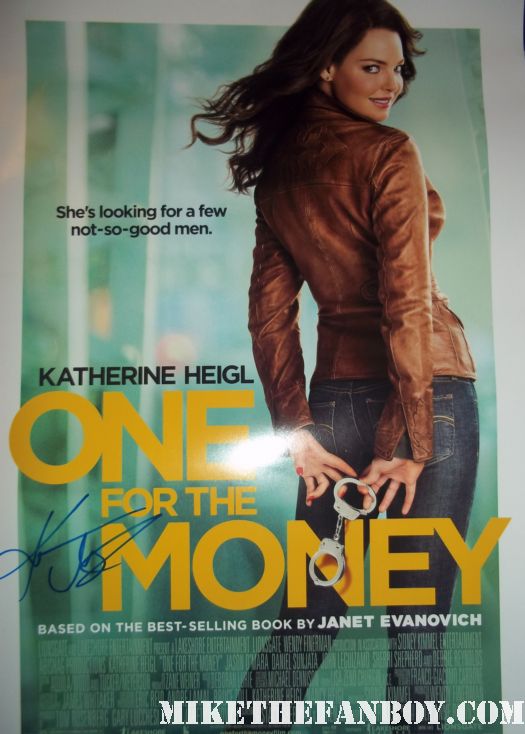 (Editor’s Note:
CB would like to mention that if you want to contact him about your love of Hot Rod, Fast Five, or join in his awe inspiring quest for Larry The Cable Guy you can contact him at peepsofthecb@gmail.com M-)