CB is a huge Batman fan, and so when he heard that the Dark Knight Rises was going to be partially shot in Los Angeles he said, “hmmmm why don’t I go out…” It just so happens that CB… It stands for Christian Bale as in… Christian Bale’s biggest fan! Sigh… I don’t know what I’m going to do with him you know? I mean seriously… HA! Anyway, CB asked if he could do a short write up about meeting two Dark Knight stars namely Mr. Christian Bale and Tom Hardy who is going to be playing Bane.

CB was able to meet Christian on the Dark Knight Rises set and even snapped a few photos of the shooting to boot! Then CB went over to the Warrior premiere to try and meet Tom Hardy. I was at the premiere as well, and I have to say Tom Hardy is a really awesome guy!

Check out CB’s Dark Knight Rises recap after the jump!

This write up is one of my personal favorites because it involves my favorite actor, Christian Bale. The write up came about because Mike called me and asked me, “are you doing your Amy Adams write up” to which I replied, “how about Christian Bale and Tom Hardy?” Mike loved the idea and I was more to happy to write about it. As most people know, Batman Dark Knight Rising was being filmed in Los Angeles during the summer, and as the fan of the movies and Christian, I made the effort to go on set and hope for some luck. The movie has an all-star cast, but I really only wanted to meet Christian and Tom. Tom Hardy plays the new villain in the franchise Bane, and I was excited to see anyone really. Generally movie sets aren’t great for meeting people and this set proved to be beyond difficult. Christopher Nolan is very secretive about his stuff, as a sign of respect I will not be disclosing any scenes being filmed. So, let’s start the story shall we? 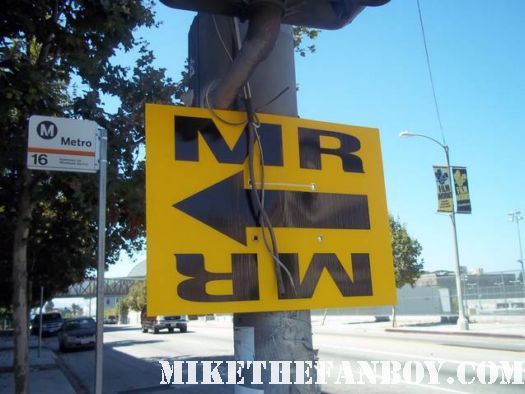 I arrive on set at “Magnus Rex” which was the working title of Batman Dark Knight. I was able to take some pictures, but the security and production assistants really did not want people taking photos, so I followed orders and watched from a far, catching some pictures as I could. 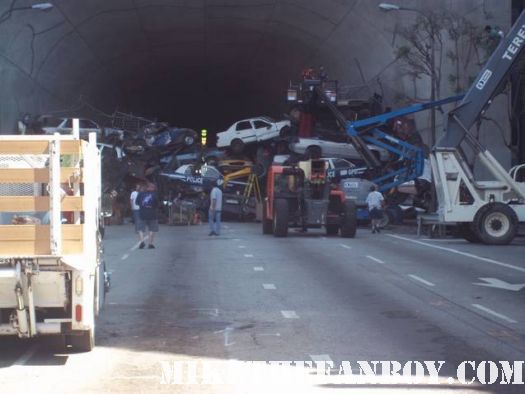 The scenes we saw being filmed were great, and I won’t say who or what I saw, but it was very cool being there! 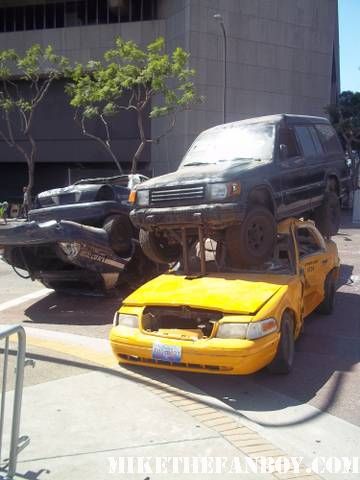 My main goal here was meeting Christian Bale. I’ve heard through the grapevine he is very nice on set of his movies, so I waited around until I saw him. When the opportunity presented itself, I saw Christian and he signed my photo for me. Christian Bale could have said “no” or blew me off, but he took his time, acknowledged me, and for that I fully respect him. I went home extremely happy and continued my search for Bane himself, Tom Hardy. 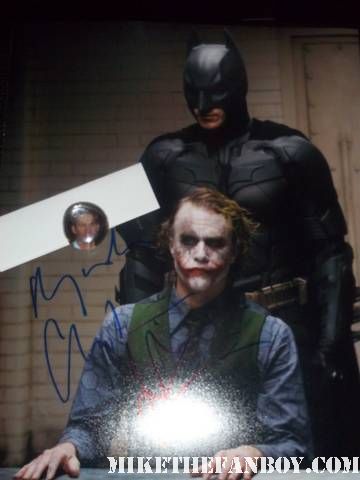 A few days later they had the premiere for the Warrior (which is fantastic!). The movie stars Tom Hardy and I knew I wanted to go to get my Bane promo image signed. I arrive and the premiere was okay, the cast came over, but the main leads, Joel and Tom went inside the theater, but their publicists said they would be right out. Sure enough, both come over and sign for the crowd waiting. Tom could not be any nicer; he signed my photo and took a photo with me, then took another one with me because he said he blinked! I was a very happy fanboy because I met the hero and villain of Dark Knight Rising! 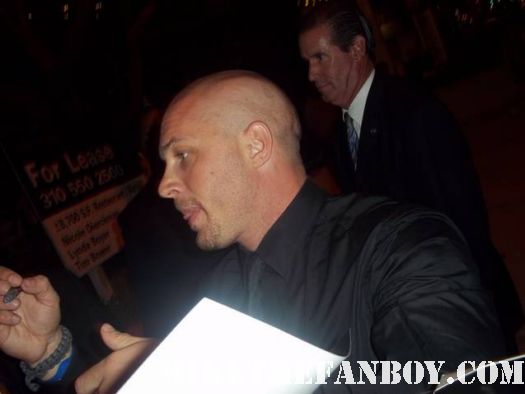 It just goes to show you, some of your favorite actors may be some of the nicest people you’ll ever meet. I was very impressed with Tom because he is already becoming an elite actor, and still remained awesome to his fans. I’m very excited for the new movie, and I’ll be at the midnight showing. Take care everyone and happy holidays. 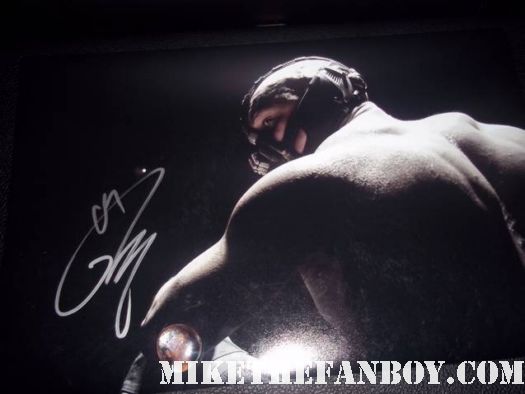