It’s Fanboy Fail Friday… I feel like there should be a sound effect like the Law and Order, Bum bum. Sadly, life doesn’t work in sound effects.

Last night there was a small event but sometimes those can be the most fun right?

It was a charity and there were a few names Scotty and I needed. Top of the list was Jennifer Grey, but also Andie MacDowell, Mimi Rogers, and Scotty wanted Willie Garson on his Sex and the City poster.

I arrived first and actually found the location and had to direct Scotty there. Now, let me tell you, my lack of directional skill is legendary, and Scotty is like a human GPS, so I took some pride in this. LOL.

Once he was here, we waited. The names were not the best, but you know Andie MacDowell is still fun. I mean Groundhog Day! Hello!

But Jennifer Grey is awesome and I need her on a Ferris Bueller License Plate.

The first to arrive was Willie Garson. Scotty grabbed his Sex and the City one sheet and Willie was very nice and signed it for him in a pink paint pen. Let’s just say, Scotty got “Carried Away!” Had to be done. 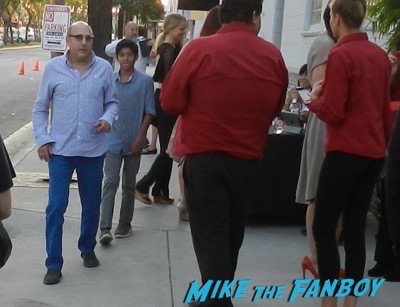 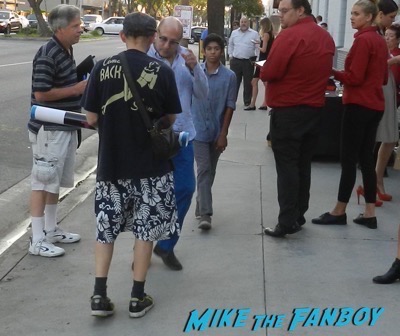 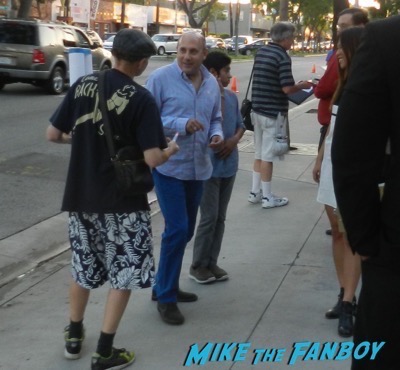 A few people showed and then finally Andie MacDowell arrived. She was very nice and signed my Groundhog Day poster and Scotty’s laserdisc. She was really cool and her signature was great. 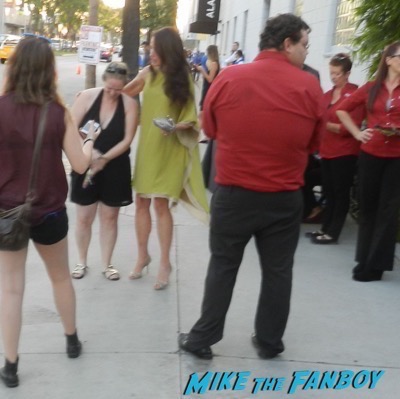 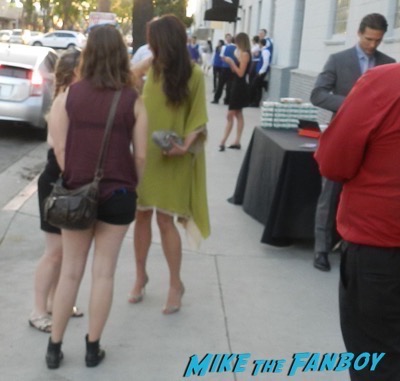 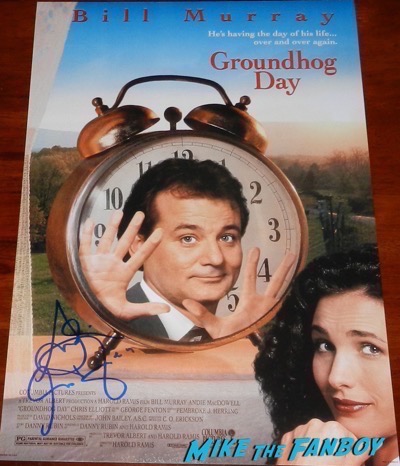 We waited and waited for Jennifer Grey, and so far, nothing. Damn.

I spotted a woman who looked like Mary Gross from Troop Beverly Hills and Feds, and I just about lost my shit. If Mary Gross showed up and I didn’t have my mini poster, I would have died into a pool of mushy goo. Right there, on the pavement.

Sadly, or not so sadly, this was not Mary Gross, and I nick named her the Faux Mary Gross.

The Faux Mary Gross got out of the car walked around for a minute and then decided she didn’t want to be there and had the valet go and bring her car back so she could leave. Perhaps the Faux Mary Gross was as disappointed in her not being the real Mary Gross that she couldn’t stand it.

Scotty just asked why I didn’t have a mini poster for “Wind.” I scoffed. His quote, “What, you have every random movie known to man, and you don’t have ‘Wind?’”

I’m not going to lie and say I didn’t think about it, but no I don’t have a ‘Wind’ mini poster or counter stand.

Oh crap there’s Mimi Rogers. I brought my Ash Vs. Evil Dead mini poster for her. She’s in the first four episodes of the show and I thought it would be fun to get her on it. 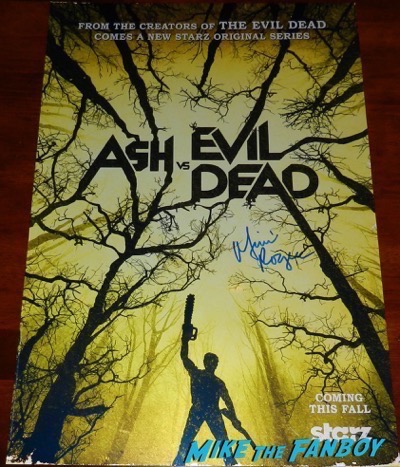 She was “in a hurry” but very nice and shocked I had a poster for Ash Vs. Evil Dead. Ummmm… It’s Ash! Hello!

And then we waited… Time ticked out, the sun set and yet no Jennifer Grey.

Sadness abounds in the hearts of men.

It wasn’t a total loss, but it’s kind of a bummer.

Until next time kids… And if anyone knows where the real Mary Gross is… Give me a call! There are Troop Beverly Hills posters and memorabilia just waiting for her to sign!