Channing Tatum used to be super cool. I remember this time when there were only a few people waiting for him. The guy couldn’t have been nicer. I know a lot changes as people get bigger and bigger. Ah well, what can you do right?

Channing hasn’t been doing much since the latest Magic Mike sequel failed to light the box office on fire but that’s okay, I’m sure with Gambit in production he’ll be back sooner than later!

So, I bring you a fun Throwback Thurs!

I have become a huge fan of Channing Tatum’s over the past couple years, and he is currently taping a television appearance promoting his newest film Fighting.  Last year I picked up a couple G.I. Joe mini posters from the San Diego Comic Con featuring Channing and hoping to get a jump on the craziness that will inevitably be G.I. Joe mania I’m hoping to get a couple signed.  It’s a beautiful day here in Sunny California so hopefully it will all work out.

4:39 p.m. – Personally, I am a fan of barricades.  I just feel less awkward with a barricade in front of me.  Most people don’t like them, but I for one am a fan.

4:44 p.m. – You know, people always say CA is supposed to have this constant 70 degree weather but lately you just never know what it will be like.  One day it is warm and sunny, the next it is cold and frigid!  What’s up with that crack rock!

4:54 p.m. – Elisha Cuthbert, the second guest on the show, just arrived.  She just waved and did not come over.  I had a Complex magazine for her, but it’s not a big loss.  A lot of other people are bummed out though.

5:08 p.m. – Oh, the gates are opening up.  Channing just arrived.  Everyone starts calling him, and he’s walking over. 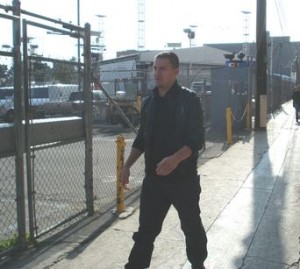 He seems so friendly and down to earth.  He asked one guy if his jacket looks good, because they sent him the wrong size jacket.  I thought that was funny. 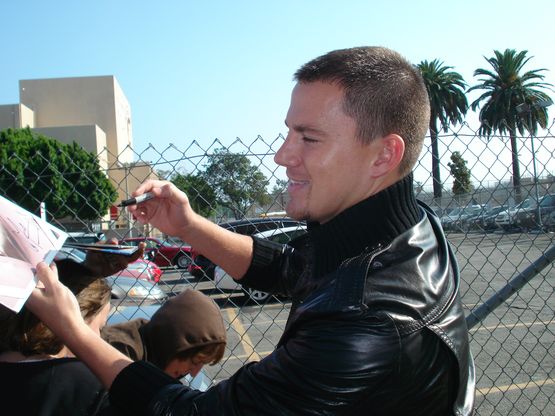 I got him on my poster and I asked him for a pic.  My friend is trying to take the pic, but for some reason it’s not taking.  Ugh… We’re standing here for like 4 minutes!  Lol… this is awkward yet funny.  Nope the pic did not take.  Sigh, he switched my camera from picture to video. Shit! 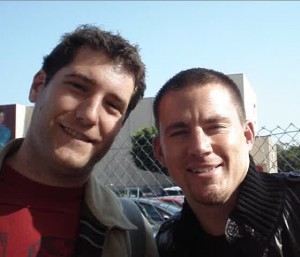 5:12 p.m. – Okay, I got my second poster signed, and I ask him again for a pic, and my friend takes it one more time.  Channing is so cool honestly, one of the nicest guys I have met.  My friend’s hand keeps shaking and my pic is blurry… sigh… it looks like it was just not meant to be.  Grrrr… Okay, well I guess I will have to wait until next time.  Still, Channing was totally cool, and made sure everyone got at least one thing signed. 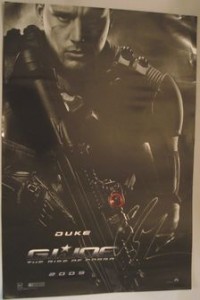 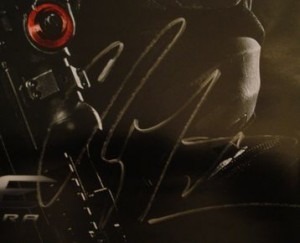