Let me tell you, I’m still hearing about this one… Still… after five days.

I’ll have a full recap about meeting Sons of Anarchy star Charlie Hunnam… Well… He was nice enough to stop even though he was really tired.

Scott got in for his photo… And the camera didn’t work. Like… It wouldn’t take at all. It’s never happen before, but it happened. 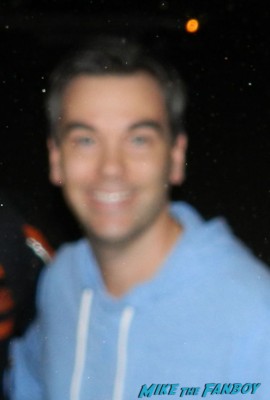 I don’t know why it looks like it’s snowing in sunny California, but the whole photo was a complete disaster. 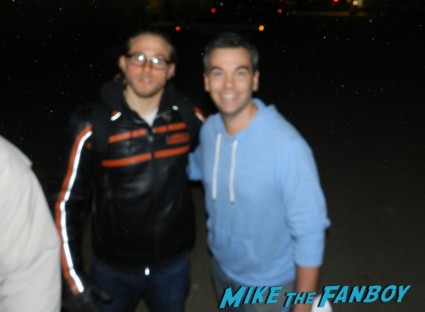 My friend Josh tried to do some photoshop magic however, it didn’t really do the trick. 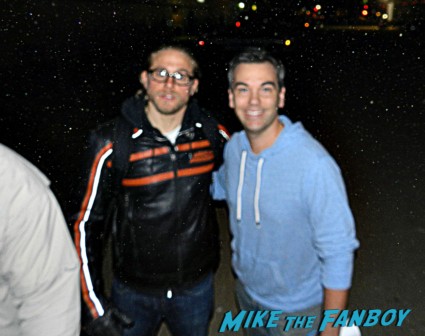