Mary Harron’s horrendous “Charlie Says” should shut up. This film fails to capture the entertainment and excitement of previously released Manson Family films.

Leslie Van Houten (Hannah Murray), Patricia Krenwinkel (Susie Bacon) and Susan Atkins (Marianne Rendon) infamously carried out the notorious Sharon Tate murders. Author Joan Didion famously suggested, “…the Sixties ended abruptly on August 9, 1969, ended at the exact moment when word of the murders on Cielo Drive traveled like brushfire through the community, and in a sense this is true. The tension broke that day. The paranoia was fulfilled.” The film focuses on the trio three years later while incarcerated and after their death penalties have been rescinded. 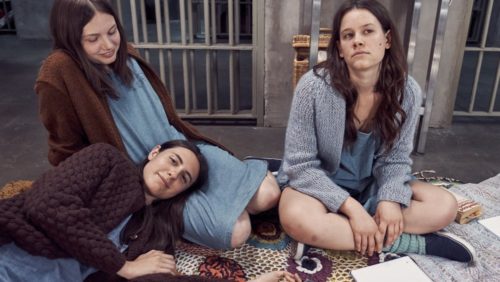 Graduate student Karlene Faith (Merrit Weaver) attempts teaching the troubled trio and can’t comprehend why they continually spout out Charlie Manson’s “brainwashing bullshit.” No matter what Faith does, Manson (Matt Smith) keeps coming back into the trio’s thoughts. Why would anyone follow and still believe in him?

Preaching self-sufficiency throughout, this lackluster, lingering film frustrates you more and more when thinking about it. Frequent flashbacks force “Charlie Says” in a different direction than what is initially presented. Instead of focusing on Faith’s teaching and mission for rehabilitation, the movie meanders all around creating chaos instead of a focused narrative. Movies don’t need to be told linear or conventionally. Unfortunately and unnecessarily, the film frequently shifts back-and-forth from Spahn Ranch to the prison cell trying to tell its story. After awhile you can’t help but think of Johnny Rotten’s infamous quote at the Sex Pistols’ last show, “Ever get the feeling you’ve been cheated?” 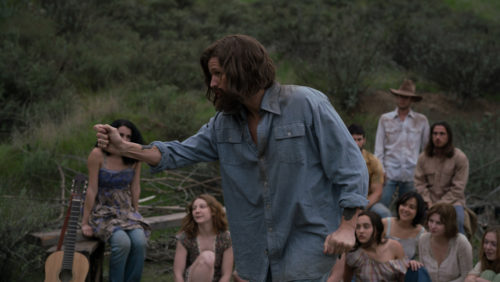 Much like the pregnancy seen 30 minutes into the film, the overall message and entertainment value viciously is pushed into our conscientiousness asking us, “When Will This End?” Matt Smith’s shallow performance proves how a miscast manages to destroy a good concept no matter the intentions. Considering Smith has made a career of playing famous figures throughout his career such as Prince Philip (“The Crown”), author Christopher Isherwood (“Christopher and His Kind”), Olympic athlete Bert Bushnell (Bert & Dickie) and photographer Robert Mapplethorpe (“Mapplethorpe”) portraying biographical characters can create friction and difficulty disconnecting the actor with the real individual. Smith seems too reliant on this process gathering materials without creating memorable characters. 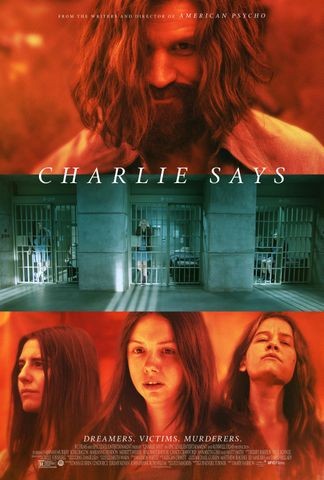 At one point, Manson (Smith) is bathing nude and stands up to greet a female newcomer at the Spahn ranch, “Do I make you uncomfortable?” Yes, your atrocious acting offends me deeply. Maybe my curt comments aren’t at all fully warranted, but every single scene Matt Smith appears it takes me completely out of the film. During the movie, one of the characters states, “We’ve been through a whole lot” and if you make it until the end you’ll feel the same way.

Director Mary Harron has created cult classics like “I Shot Andy Warhol,” “American Psycho” and “The Notorious Bettie Page,” which each contained sensational star-making performances by its respective leads. However, Harron frustratingly fails with what could have been in “Charlie Says.” Smith simply doesn’t possess the charisma, charm and captivating personality Harron’s previous protagonists possessed. 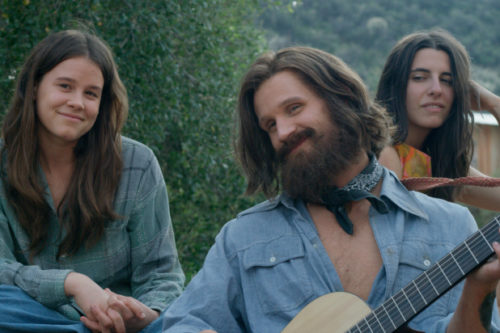 Why Merit Weaver was not utilized more is a gross disappointment demonstrating quality actors are what make or break this movie. In this case, focusing on Charlie cataclysmically sinks this movie as Matt Smith simply doesn’t mesh at all despite him not being the lead character. “Charlie Says” stuns audiences as atrociously awkward and constantly stumbles. As someone who grew up near Spahn ranch and religiously read “Helter Skelter,” capturing Charlie’s charisma and aurora is crucial for the film to succeed. The inconsistent, inferior storyline stumbles across the screen for nearly two hours.

The wasted talent underutilized leaves me dumbfounded. Why would you bother checking out the film? The gratuitous nudity feels forced and over the top, but certainly can be interpreted as conveying the swinging sixties successfully. I detest describing any movie so harshly, but the delusional dynamic between all the characters can’t live up to the task.