Charlize Theron is one of the least fan friendly celebrities out there. In fact, out of all the times I’ve been out, I’ve never got her and I’ve only heard one other time when she was moderately nice.

Scotty headed out to meet the Monster… Ahem… Star when she did a recent talk show taping. I guess you can judge by the article title what happened! Doh!

Recently, I went out to meet Charlize Theron. Charlize is known to not be very fan friendly, but I still had to try. She was out promoting a new film on a talk show. I went down to the studio in hopes she would greet fans. To my continued disappointment she ignored fans on arrival and when she left. People asked me why I keep going if she always stiffs. My answer to them: “When I have not gone, she has signed.”

The following day, I went out for another signature at an event. I knew Charlize would be at a small premiere for the same film she was promoting the day before. Unfortunately, the two events were not at the same location. I decided to go to the other event thinking it would be a for sure thing over Charlize. Unfortunately, I made the wrong call. The other event ended up being a fail and Charlize signed for a few lucky fans at the premiere. UGH!!! Well, I should have followed my own advice to keep trying, because you never know! Happy Fanboy Fail Friday! 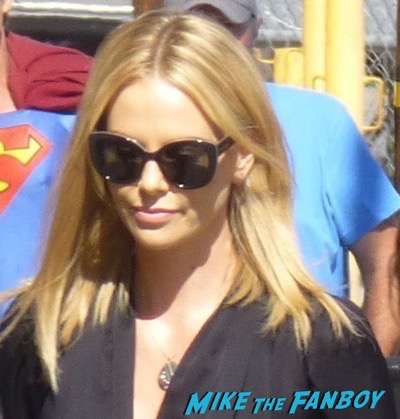