Now generally, the celebrities that attend the show are from years past but that’s honestly part of the fun. At the last show I was able to meet the cast of Laverne and Shirley and they even had a Back To The Future reunion as well.

This convention featured a Dallas reunion and also several stars who portrayed Superman in years past. Honestly, while I wasn’t interested in those celebrities I wanted Paul Dooley who was Molly Ringwald’s dad in Sixteen Candles. Sadly he didn’t show up! Doh! 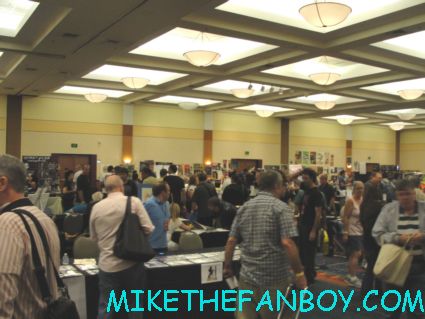 I met up with Ms. Pinky and we hung out for a bit. I picked up some great movie memorabilia AKA tons of magazines. Ah good times… 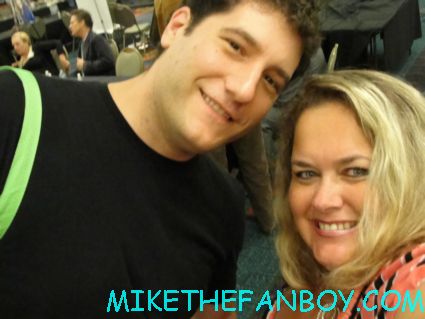 Pinky was super excited for someone named Deborah Foreman… Now, even though I LOVE the 80’s Valley Girl itself never was one of my favorites. However, I’m sure Pinky can regale you with her tales about meeting the Valley Girl star!

One other person excited for Deborah Foreman was Jack! It was great to see him and we got to chat for a bit. Apparently, Deborah Foreman has a huge fanbase and I didn’t even know it. Do I have to give Valley Girl another spin? I try and try but Nicholas Cage… I just can’t do it…

The most amazing sight was seeing Pinky actually getting autographs. Now, I need to catch my breath here because seeing her try and get an autograph while were out fanboying is like watching Paris Hilton giving a leper a massage.

Think about it for a second and you’ll get the mental image.

Pinky waited in line and was able to meet the Fonz himself Mr. Henry Winkler! I’m met Henry before and he’s always super nice to fans. I think the photo was for a friend of Pinky’s but it was still funny to see her getting a photo signed. 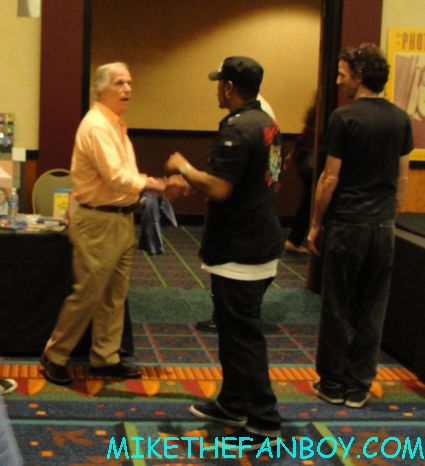 It’s the little pleasures in life!

While at the show Pinky and I got photos with The Blue Lagoon star Christopher Atkins. He is just the nicest guy and I love the Blue Lagoon! 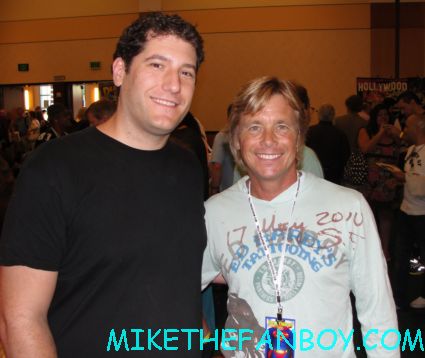 I also ran into another big star… Well the wax version of a big star. Yep, Mr. Christian Bale was in the house. Pinky and I couldn’t resist making a sign. Who knew CB was a huge fan of CB! 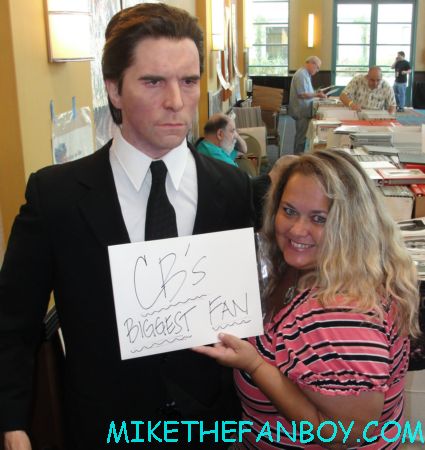 Pinky and I also ran into MTF reader Christian who wanted a photo with Pinky and I. I always love talking with people who read the site so that was so fun… Pinky was so taken aback I think she turned 500 shades of red! LOL… Awwwwwwww….

After a quick lap around the memorabilia booths I called it a day. I have to tell you it’s always fun coming to shows like this so many times they have celebrities you just never see out and about!

Check out The Hollywood Show’s website for the full list of celebrities there this weekend! And if you see Paul Dooley… Drop me a line! 😉