Home / Fanboying! / Patrik Asks, “Are You There Chelsea?” When He Meets Chelsea Handler After Her Show In Ireland! Autographs! And More!

I absolutely love stories like this! It’s so great when you can meet someone you really like and have an amazing experience. Patrik headed to meet Ms. Chelsea Handler at her stand up show in Dublin Ireland.

That’s a long way from La La Land, and I admit, I’ve always wanted to go to Ireland, I’m giving it a couple years.

Anyway, Patrik had a great moment with Chelsea Handler and personally, I think this is the way every encounter should be.

Chelsea Handler brought her stand up tour for the very first time into Europe. YES. The night I will never forget – Friday the 11th of July, Ireland Dublin.

I knew that Chelsea was signing her book Uganda Be Kidding Me after (sometimes even before) her stand up show in the USA, but I knew that this won’t be happening in Ireland. But what a surprise that she signed some books pre-show. Amazing right? I mean… it’s not the best but at least you get signed book. I was super happy! Exited to see her.

The show was funny, amazing and Chelsea looked great and… Well it was just INCREDIBLE.

So after the show I said to myself I’ll try and give it a shot. I went around the corner where the stage doors are situated and I just waited with other people waiting. Sooner after that many people gathered around us. People were walking in and out and back in through that door but no signs of Chelsea. And then one guy from the security or manager who knows came and said she’ll do signing but only if we wont be pushing. Then she came to us.

It was incredible! I felt so exited! I had the book – which was already signed inside but I wanted to get it personalized – so I wanted her to sign the cover photo of the book and she did!

She signed the cover photo. But people were shouting and screaming, asking questions and it was just too noisy so she did not heard me saying my name so she just signed without personalization.

But I tried again and asked her again – she was very lovely, answering questions, thanking to us, and when I told her my name (Patrik) she said “I like your name” – well of course I’m not gonna say “liar” right? So she just wrote down my name her signature and now I have two signatures – one inside the book and personalized one on the cover picture of her book. Amazing.

This was just the best. I know I am repeating myself but she really was nice, lovely and before she went back inside she asked “Does anybody wants me to sign something?” Or something like that – she made sure she signed to the people who wanted her autograph. And than she dispersed. Best night ever.

I would totally recommend people to go and see her show next time. Meet her. If she’s ever coming back to Ireland, next time I want photo with her. 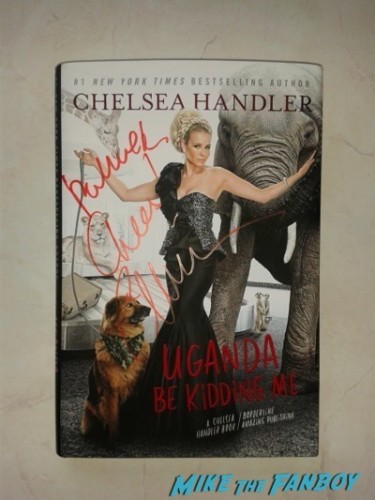 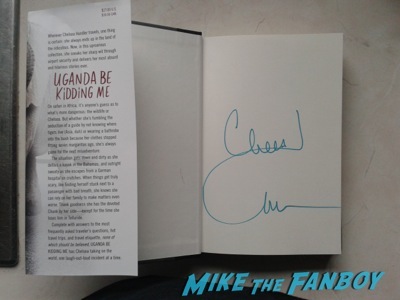