I’m getting ready to see Vacation this weekend. I know… I’m not holding out hopes it’s going to be amazing but I love the Vacation films! For today’s Throwback Thurs I had to talk about meeting Chevy Chase. I love Chevy Chase, I know he has a reputation, but I just love the dude.

Chevy was on a talk show with Elisha Cuthbert and was super cool… At least to me!

It’s a cold, dark rainy day… yet, here I am back in the ally! Who could possibly drag me out in the bitter January weather you may ask? None other than the man, the legend, the infamous… the one and only… Yes, I could only be talking about Mr. Chevy Chase! I know you may laugh, but I am a child of the 80’s, and it’s always these 1980’s legends that get me really excited. Shelly Long, Tom Hanks, Dan Aykroyd, etc… These are the people who hold a lot of resonance for me. Anyway, let’s cross our fingers and hope for the best!

4:31 p.m. – I just arrived. Chevy Chase is doing a talk show appearance today, along with 24’s Elisha Cuthbert. I love Chevy Chase so much, so God willing he’ll stop by. I have to pick up my friend Scott from the airport sooooooooo… Chevy needs to get here soon! LOL…

4:43 p.m. – I brought my Girl Next Door DVD for Elisha, and I have a crapload of things for Chevy! Sigh… Thank God I brought M’Lou with me. The temptation of Chevy could not hold her back. M’Lou was like…”We have to get Chevy, we have to get him!” lol… okay, maybe she didn’t have that much enthusiasm, but it was close!

5:22 p.m. – M’Lou came out tonight and did not wear a coat… sigh… What am I going to do with her? She spent her Christmas at Dollywood… I was jealous. I know that’s a strange sidebar, but it’s relevant in my mind!

5:29 p.m. – Did I mention there was a fortune telling pig in Dollywood… HEH HEH HEH…

6:10 p.m. – So far, not much is stirring… not even a Chevy… I’m heard some mixed reports about Mr. Chase, but I’m hoping he will be cool. There are about 15 – 20 people here. Most of them are for Elisha. I don’t know what it is about a hot woman that brings men out of the woodwork… just can’t figure it out…

6:22 p.m. – M’Lou is really cold now… I’m trying to warm her; I think I may have to start burning some paper or something. Oh, I brought my Complex magazine from last year for Elisha as well; we can wad that up and start a bonfire!

6:34 p.m. – The gate is opening up… Yep it’s Chevy! Everyone is calling out for him. He waves, but goes right inside… grumble!

7:12 p.m. – A couple more of my friends just showed up…Everyone is coming out of the woodwork for Chevy!

7:34 p.m. – The show has started… The temperature has dropped…lol… it shouldn’t be too long now…

7:54 p.m. – Oh wait, the door is opening and… yep it’s Chevy! Everyone screams for him, he waves but walks to his car through the gate. One other guy and I run around the block and get to the back of the gate. 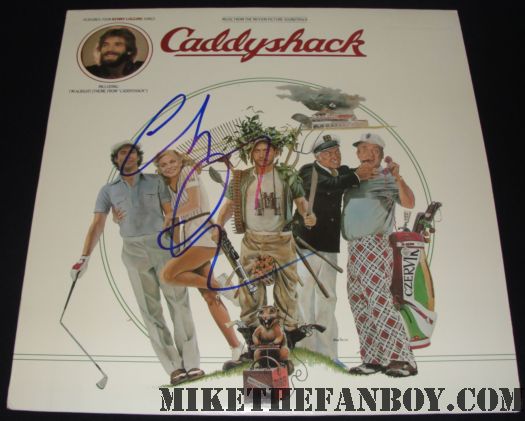 7:56 p.m. – We call for Chevy, and he says, “How long have you guys been here?” And we are like, “since 4:00 p.m.!” he was like, “4:00!” He shakes his head, and says, “Okay, Okay!” He walks over and the gate starts to close. We ask if it’s okay he we come in, and he says, “Yes, sure come on.” We go in the gate and he signs for us, he is really nice, and quite funny. I asked him to sign the Christmas Vacation in red paint pen (my paint pen obsession!), and then he says, “So what you guys get like 50 bucks each for these?” and I was like no! I’m a huge fan, look I have the shirt! I showed him my shirt, and he steps back, and takes a blue pen and signs the Wally World antler! I got Vacation and Christmas Vacation signed! We thanked him, and he walked to his car just as three other collectors have arrived. He said, “I have to go! But I’ll sign on the way out.” 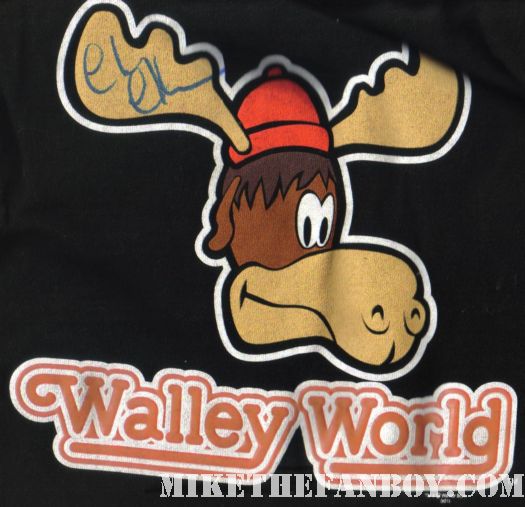 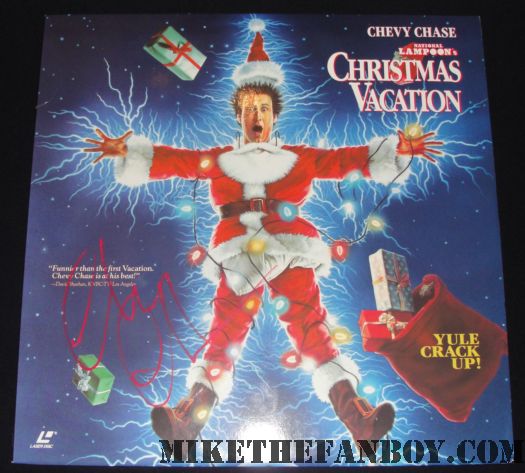 8:04 p.m. – Chevy pulls out and signs for everyone. My friend grabbed Caddyshack and European Vacation and got both of them signed for me. Chevy said, “I never sign this one” as he signed European Vacation. Lol… I love that movie! 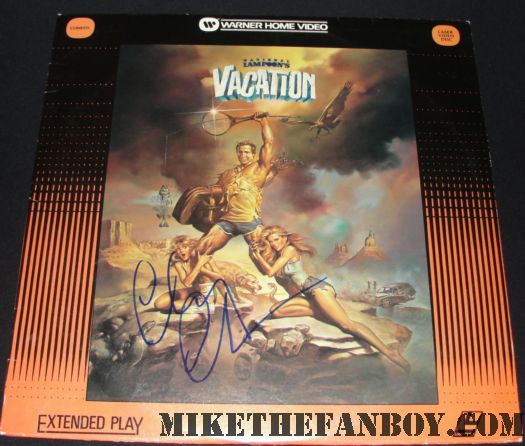 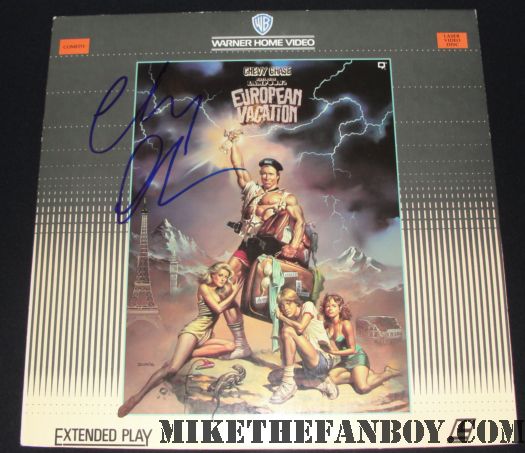 8:22 p.m. – Elisha is coming out… everyone calls out for her. She takes a photo with a man in a wheelchair, and then comes over. She says, “Whadda ya got!” to the collectors. Everyone whips out their stuff, but she refuses to sign anything remotely sexy, so it looks like everyone is out of luck. She signs for the guy next to me, and then she’s about to skip me when I asked her to sign the DVD. She signed my DVD, but maybe signed about 5 autographs… She took a picture with one person, and then ran off. People are mad! They are yelling after her, and are really ticked off. Personally, she was just a bonus for me, so I didn’t care that much. I’m happy I got 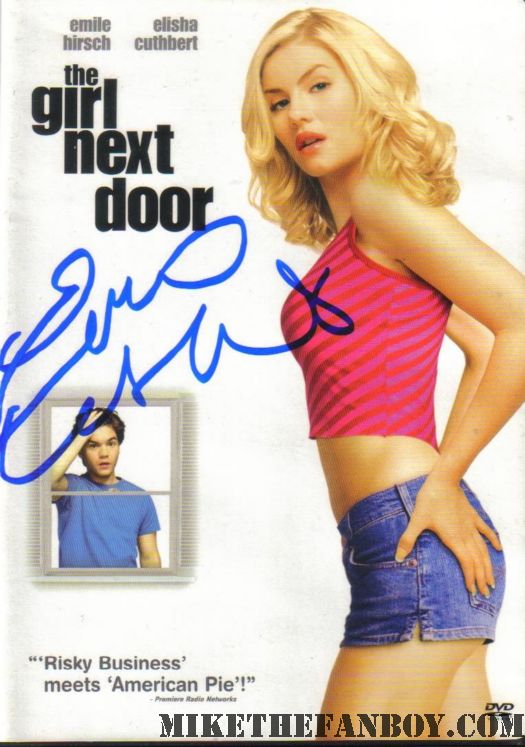 originally published by Mike Sametz as Mike Gets Around on www.mishmashmagazine.com