One thing I love about living in Los Angeles is the ability to see celebrities and stars just wandering around the city. You just never know who you’re going to run into at the farmer’s market or the Super K.

Well… Maybe not the last one, lol.

Pinky, had such an encounter and it was pretty epic!

Hello, my lovelies. Pinky Lovejoy-Coogan here loving the idea that you never know what’s around the corner. Or, in this case, who.

Last weekend I had a friend in town visiting from Utah who wanted to check out the LA scene. So, on Sunday we made our way over to Santa Monica and the infamous Third Street Promenade. Now, I rarely make my way over to Westside, but I always love all the flurry of activity in that area.

After about ten minutes of walking, I turned my head and saw none other than Chris Martin walking right behind us. Yes, THE Chris Martin. You know, from Coldplay (!). We were DYING!!! 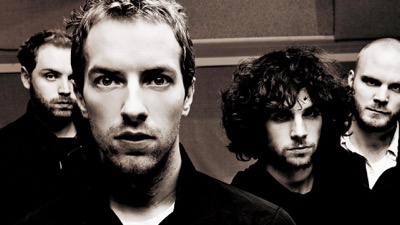 As he was with his adorable son, Moses, we weren’t sure if we should approach him. But, I mean, it was Chris Martin. He was too big of a star for us not to try. I mean, even if he shot us down, at least we could ask. Of course, we had no idea how to do it and we were practically frozen with fear. We watched him give Moses some money to put in the jar of a street performer (which I thought was super cool) and then they ventured into a surf shop. Our thought was that we could possibly ask him for a picture in the store – away from most of the crowd – to keep it discreet. But, we totally chickened out and I doubt the girls working in the store weren’t totally onto our shenanigans. 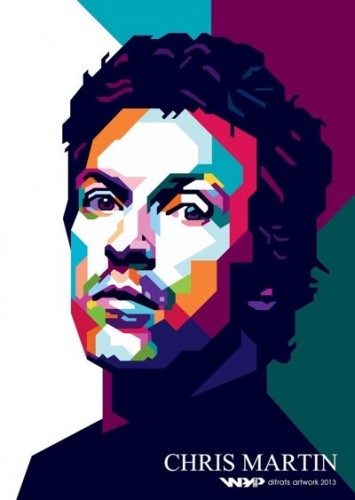 Finally, as they left the store, my friend said, “Excuse me, Chris, we don’t mean to bother you…” His immediate response was, “You’re not bothering me at all.” Of course it was in that dreamy British accent that made us swoon. He was happy to pose with us (even though we both threw up our cameras and made things a bit confusing in all of our excitement) and was SO cool! 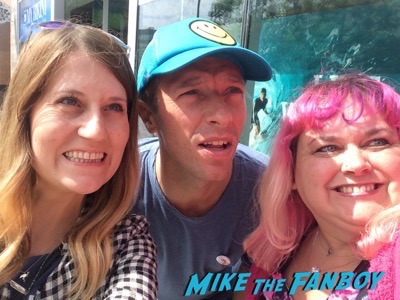 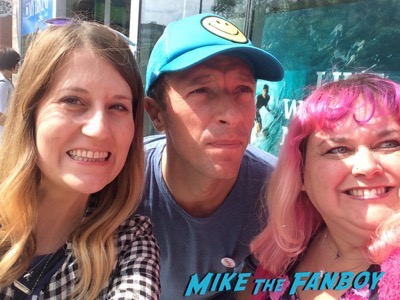 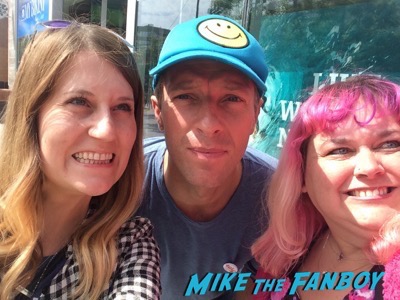 I love Coldplay and haven’t been able to get his songs out of my head since we met him. I mean, come on. Chris Martin! I’d never even seen him before. I did meet his ex-wife, Gwyneth Paltrow, at a Q&A years ago and she was very sweet, but I had no idea how he’d be, especially with his son. 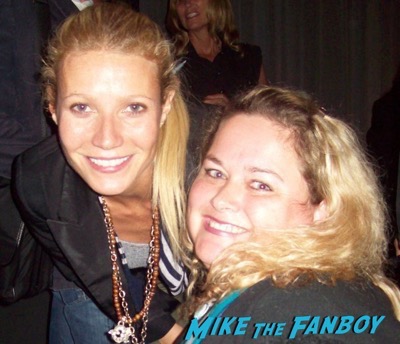 I mean, I imagine he gets fans requesting pictures and autographs all the time, but I was a bit surprised more people didn’t notice him. I still can’t believe that happened! Such a great surprise. 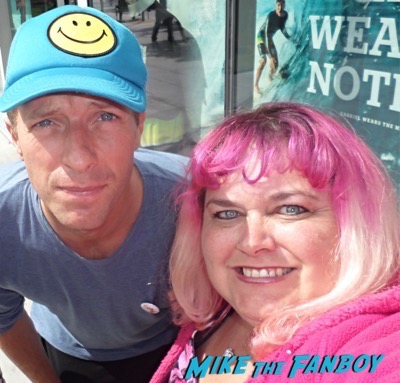