Home / Fanboying! / OMG! We’re Having A Pratt-Attack After Meeting Chris Pratt Along With Anna Faris! Autographs! And More!

Who isn’t having a Pratt attack these days?

It seems like everywhere you go. It’s Chris Pratt this, and Chris Pratt that. I’ve made no secret that I love the guy. He’s super nice and I’m hoping that doesn’t change with time. It happens you know. Cough, cough Channing Tatum.

Today Chris was on a talk show promoting Jurassic World and I headed out with Ace, and Chris the Autograph Dog along with Alex to check it out.

It was a rainy, humid, muggy day. Blech.

So all you could really do to pass the time was make fun of Ace. And that worked for a while but honestly, I pay a lot for my mortgage and because of that I think it should be perfect weather at all times here in La La Land. just saying.

Someone is leaving and it’s NBA star Dikembe Mutombo. He is very nice and comes over and signs down the line for everyone. 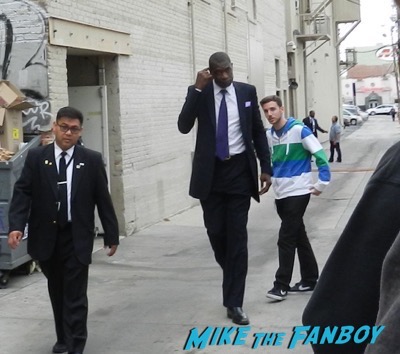 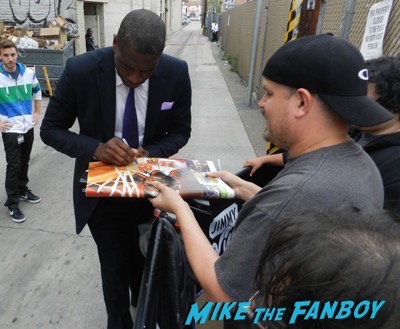 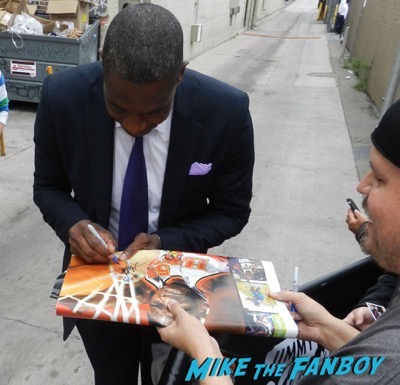 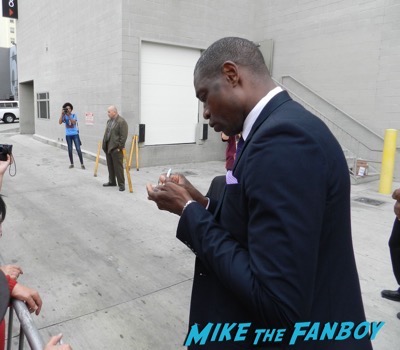 I didn’t have anything so I got Chris’ basketball card signed for him.

Then, we saw Chris Pratt’s car. It drove up to the door and then Chris motioned one second and he ran on over. 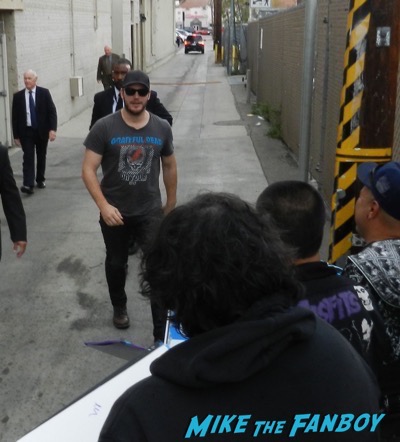 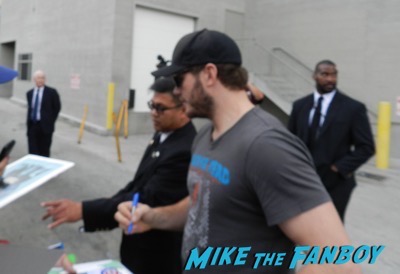 He said, “I want to get to everyone, so I’m only going to sign one each okay guys?” That’s fine, I would rather have one than none. I decided to go with my Amazon exclusive Star-Lord pop vinyl I think it was a good choice. 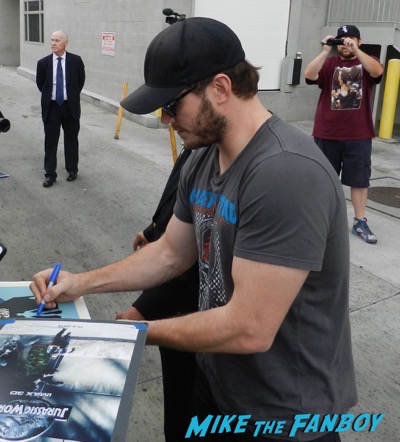 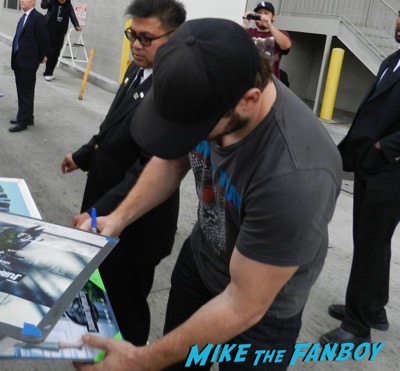 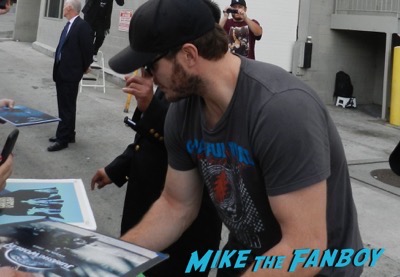 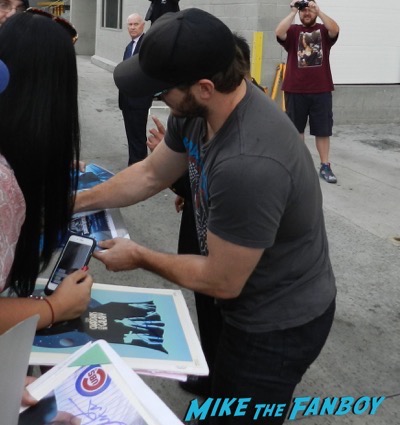 Chris ran down the line and signed and said, “Oh, it’s starting to rain.” He flew through everything pretty fast but was very nice and cool. God bless Chris Pratt. 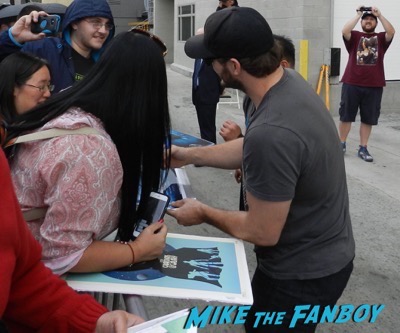 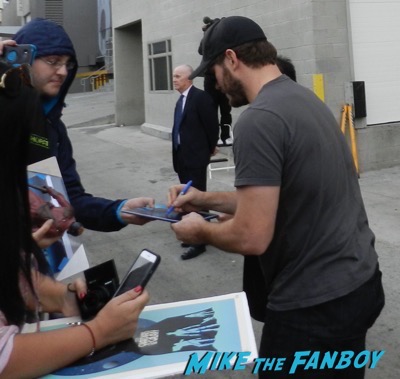 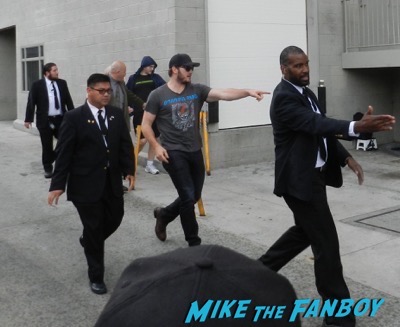 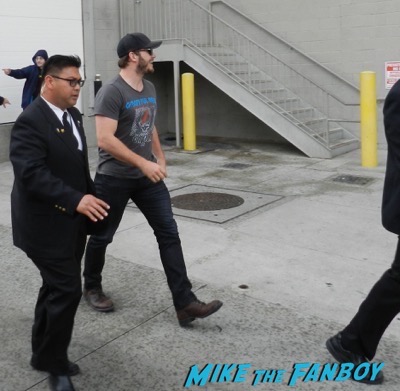 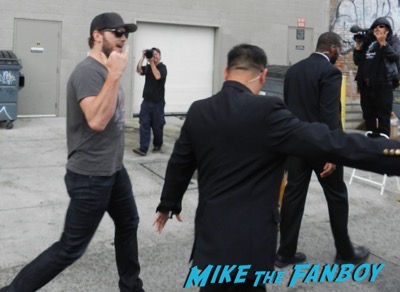 We decided to wait a bit as Chris said that he would try and come back over. 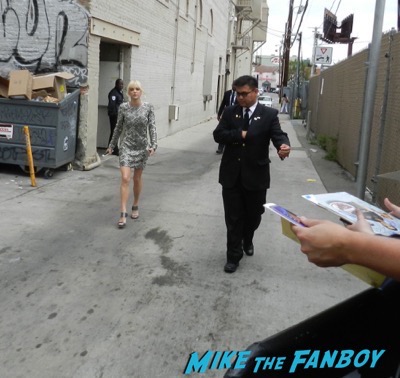 Then in walked the lovely Ms. Anna Faris. She is so nice and came over to sign for everyone. I didn’t have anything, but I was able to get a nice photo with her. Adorbs! 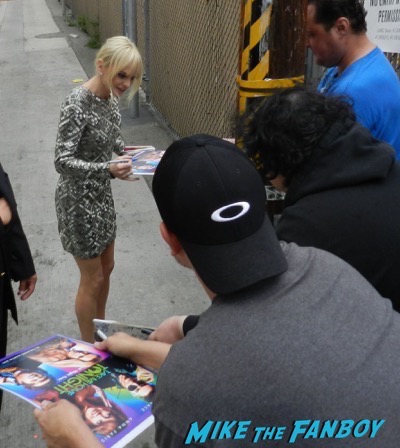 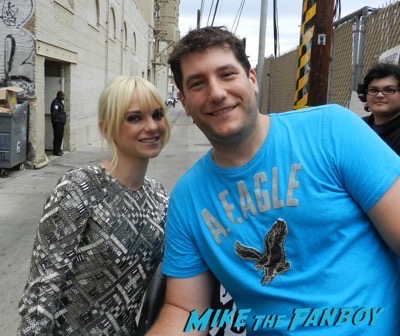 Chris ended up not having time on the way out, but you can’t blame him as we all know he was running late for the Jurassic World premiere and he was nice enough to sign on the way in. 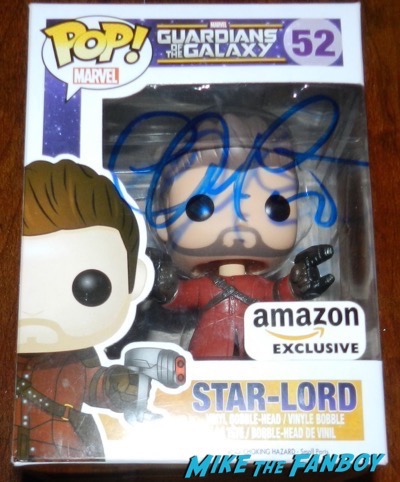