First off, he was amazing in Inglourious Basterds and I thought he was equally great in Water For Elephants and Savages. He’s a unique actor and an incredible talent.

Suddenly Susan headed out to meet the Academy Award winner.

Christoph Walz is a phenomenal actor and I didn’t want to pass up the chance to meet him. He was doing a talk show appearance, so I headed out the door, as fast as I could.

I arrived about 5 minutes after both guests had already gone inside. I was expecting a crowd, and I was right. About 20 people had arrived before me. I was in the second row, with no hopes of getting anything signed, when DVD Dave appeared and saved the day by letting me stand in front of him, right on the barricade. I’m 5 feet, he’s 6’4 so the logistics are perfect – he can reach over my head with ease. Thanks Dave!

I was getting over a cold, so the wait seemed much longer than two and a half hours. T’was a chilly night and that wasn’t helping. At least I remembered to wear a jacket! By the time exits rolled around ,the crowd had grown close to 40 people. We finally saw some action brewing and then Christoph appeared.

We called for him and he happily headed over with a big smile on his face. 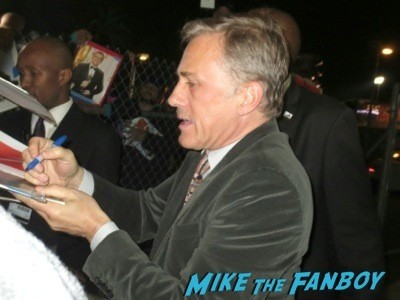 He went to the far end and told us he would start there and work his way down. Security was being very cool and made sure no one shoved items in his face.

People behaved for the most part – not too much pushing or yelling. Christoph made sure to get everyone. He signed my Water for Elephants mini poster before I could ask him to personalize it. 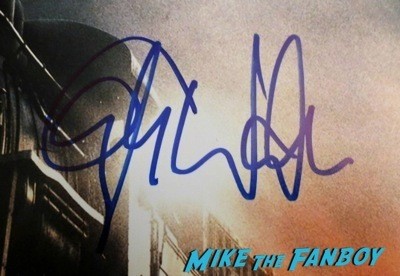 It’s a lovely autograph though – a nice full signature and he made sure to sign in the light spot so it would show up. He didn’t do any photo ops, but he signed quite a bit. 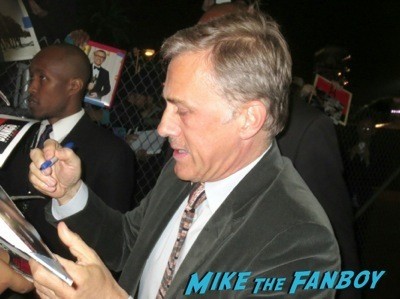 He even walked back to return the Sharpie he used. We thanked him, he thanked us and said goodnight. He’s a real class act. 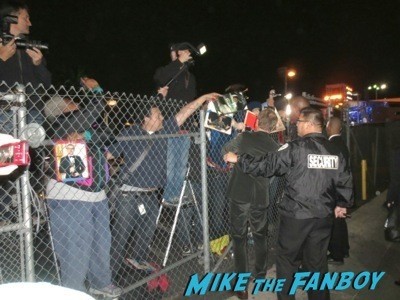 Now I just need to get Reese Witherspoon and Rob Pattinson on it. Piece of cake, right? 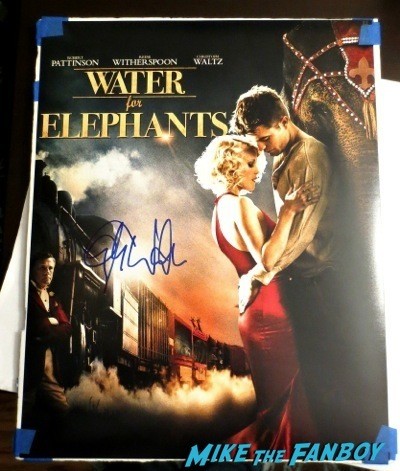