Christoph Waltz is the acting discovery of the century… When I state this, I am referencing his superb acting style and diverse ability to connect with audiences through various almost “un-playable” characters. Of course, Waltz began acting well before Tarantino’s films. However, Tarantino’s “discovery” has brought him to the world stage.

I often criticize the selection of star ceremonies. Waltz arguably has only 10-12 notable domestic films under his wing, however the two Tarantino films, in which he has earned oscars for, have warrented him the right to a star on the walk of fame.

Waltz is a remarkable actor, so when I heard that he was getting his star, I was ecstatic! Unfortunately, I wasn’t supposed to make it. After finishing my other lively duties, I ran home. Grabbed as many Tarantino items that I could find in ten minutes. Got on the subway. Got off the subway. Ran to the star ceremony that was ending as soon as I approached it and joined the crowd. None of it planned.

After a few minutes, Tarantino signed in one section and started to approach the exit. Samuel L. Jackson bolted. Before approaching the restaurant door, we called for Tarantino and he walked over. He said he would sign one each. He skipped me a few times and I asked if he would sign my mini-poster. He said something to the effect that “I think I already got you bud.” I respectfully denied with, “I have not gotten you Mr. Tarantino.” He was smiling and if it wasn’t for a friend vouching for me, he would not have signed my From Dusk Till Dawn. 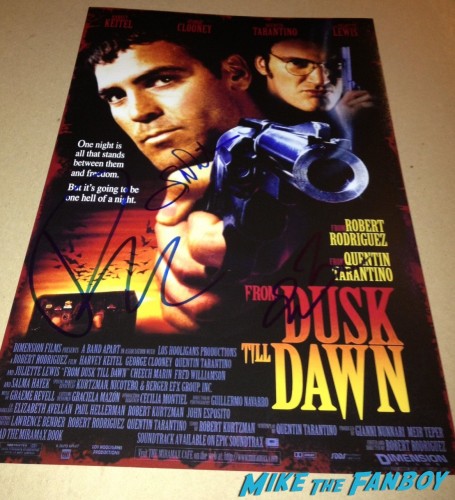 On any day, getting a Tarantino would be remarkable! He is one of my favorite filmakers, but, ultimately, my goal was to add Waltz to my Inglorious Basterds signed records. It took a few minutes before Waltz worked his way across the barricades. He was signing up a storm. This class act spent plenty of time with his fans. As he approached our barricade, he signed whatever was placed in front of him. He signed my two records very quickly. In addition, my friend helped me with my Django Unchained mini-poster. 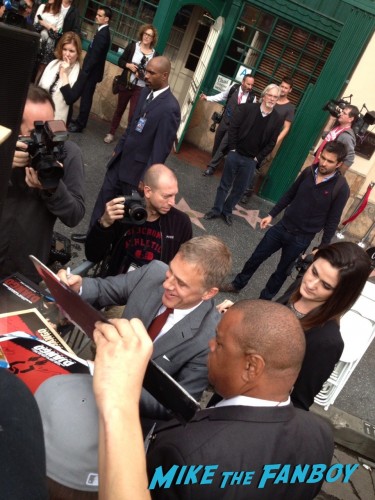 Literally, I spent 20 minutes at the star ceremony and could have walked away happy. I had a few more items for Tarantino and there was a possibility to get Jackson so we waited for exits. Talking to friends and other collectors killed the time.

When Samuel L. Jackson walked out, we called him over and I am pretty sure he let off a few “moth**fuck**” before jumping in his car. Tarantino came out a few minutes later. He walked over without hesitation. He took my pen and signed a couple for everyone. He was really nice. The only stipulation was that he didn’t want to take pictures with anyone, however he was cool about it. 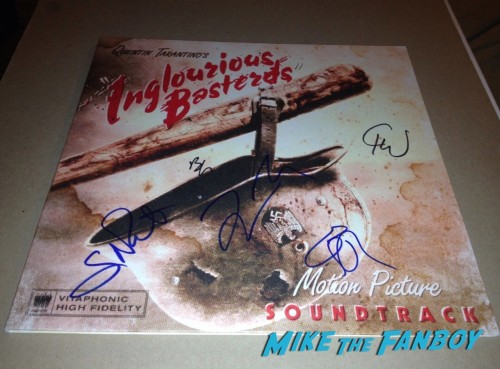 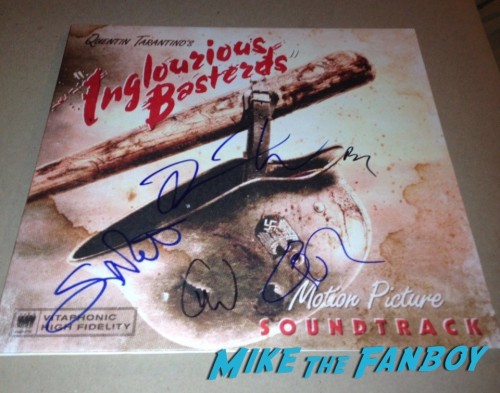 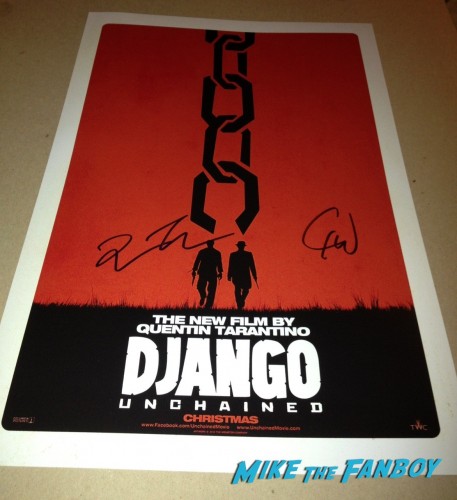 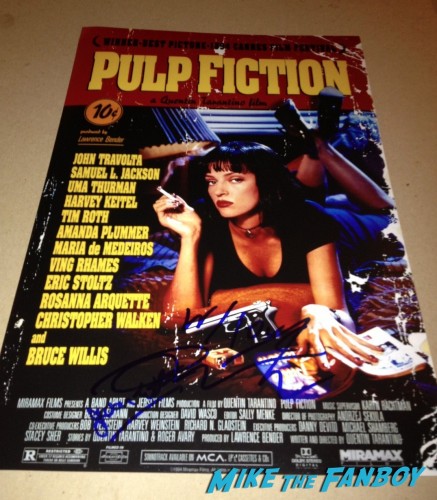 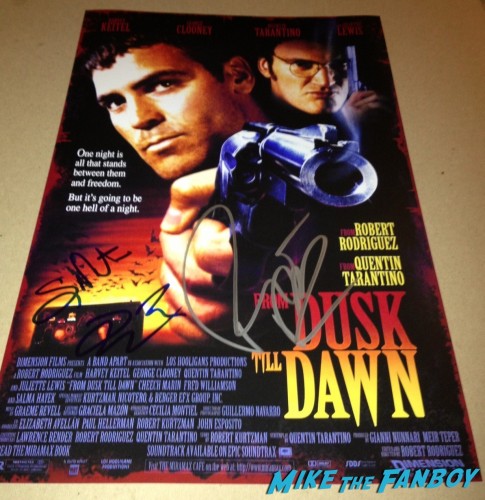