I love Anushika! I’m always so excited when she writes in. One thing I didn’t realize about Anushika until the cast of The Sound of Music did an appearance together was that she was a huge fan of the movie musical. Who would have even known! You could have knocked me over with a feather! 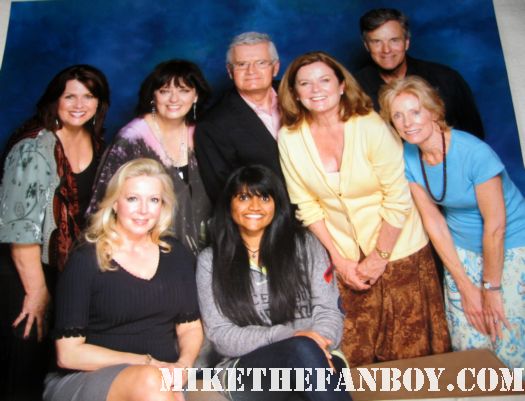 But there you have it. So when Christopher Plummer was doing a play here in Los Angeles, there was one person I knew would be there!

I’m a HUGE fan of Sound of Music. I was lucky enough to meet all of the Von Trapp kids a couple years back. It was truly an amazing day! ^_^ I heard from fellow collectors that Julie Andrews and Christopher Plummer aren’t the easiest folk to meet. I never thought I would ever get a chance to meet any of them, so you could imagine my excitement when I heard about Christopher Plummer’s one man show in LA. I just had to check it out.

After buying my tickets to the opening show, I started counting down the days. I’ve never seen a show at this theater before, so really didn’t know what to expect. Since I was a newbie, I had no idea about the stage door. One thing for sure, I was totally excited to see him on stage.

Not sure how, but I managed to get myself lost a couple time before finally reaching the theater. I picked up my ticket and took my seat with plenty of time to spare. The stage set up was pretty cool. I would love to have that mountain of books in my bedroom. The theater was filling up and I couldn’t help but feel a bit out of place since I was surrounded with a much older audience. 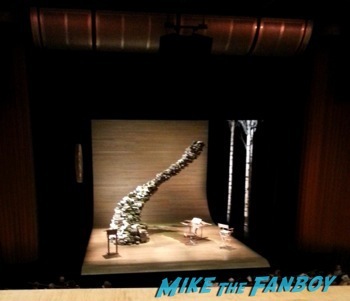 The play started and it was definitely more than I expected. Christopher Plummer was amazing and quite hilarious. He took the audience on a journey through his childhood and his relationship with books. He took poetry to a whole other level. I was hooked on his every word. It was awesome seeing him being so active on stage. You knew he was truly enjoying himself. I could listen to him talk all day! =D

After the show, I was so happy and was ready to head home. Not sure, if it’s the just the fan-girl in me, but I found myself walking towards the back of the theater lol…I know, I thought I was ready to go home too. I spotted a few people waiting around. Yup! Found the stage door! ^_^ YAY! Now the wait begins. More people join in as they exit the theater. The security was really nice and kept us informed.

One of the security guards comes out after about 15 minutes, and announced that Christopher Plummer won’t be coming out, but he will sign one item for everyone waiting. He started passing out post-it notes to write our names, so our items could be personalized. OMG!!!!  =D This is it!!! It’s actually happening!!!! I know it would be such a treat to meet him in person, but I was beyond excited that he was really nice enough to do this for his waiting fans. Security took all our things inside and came back out after another 15 minutes to pass everything back to us. It felt like Christmas! 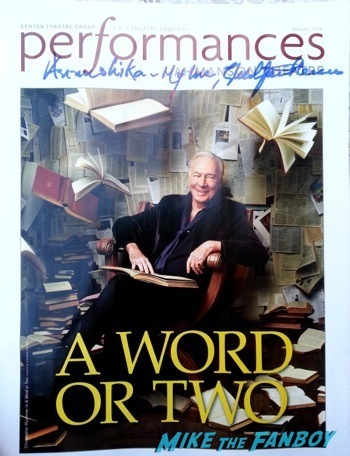 I can’t thank Christopher Plummer enough for his love and kindness. Thanks acknowledging your waiting fans!!! ^_^

I guess now I have to try my luck with Julie Andrews. Wish me luck! =)