Home / Fanboying! / Chuck Is Winning! Well… He Is After Meeting Charlie Sheen That Is! 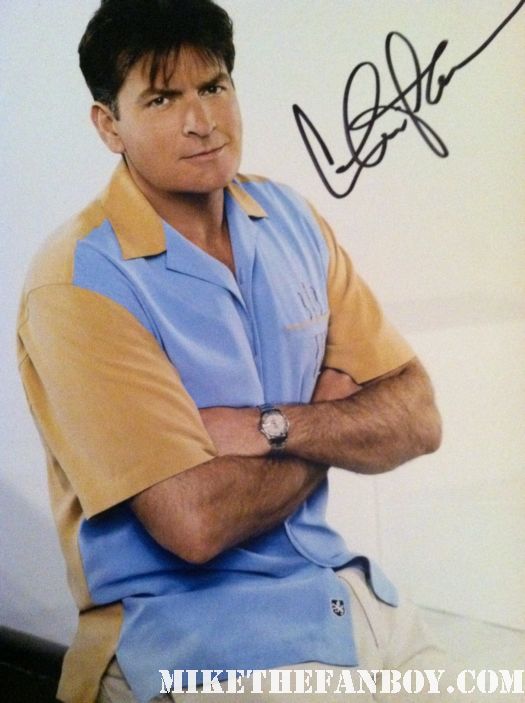 Chuck is winning! Well… he won an autograph from the… interesting to say the least, lol… celebrity of the moment Mr. Charlie Sheen! Now, I have never really been a fan of Two and a Half Men, but come on… Lucas! Ferris Bueller! Hot Shots! There are many really kick ass Charlie Sheen movies out there… It’s too bad he… well… everyone knows what’s going on with him. Lol…

Charlie was in town for his show, so I decided to try and get him to sign something for me.

There were only 3 of us there to try and get him.

When his bus parked, his little security dude with him, got off and took a poster from a woman and took it on the bus to get signed. I tried to get him to get my photo signed, but he told me no! I was shocked…Not a very winning attitude!

Come on Charlie…there were 3 of us.

He finally sent his peon… security dude out who told us he would sign one each for us.

I sent in my photo and he signed it very nicely for me.

Sadly no photo op with Charlie, but maybe next time.