“Don’t You… Forget About Me… Don’t… DON’T you…” see, every time I even think about someone who starred in the Breakfast Club I suddenly hear Simple Minds playing… It’s like an Ipod plugged into my brain. I can’t help it. It happens with a lot of classic films I love, like Clue: The Movie, Clueless, Stand By Me, Princess Bride, and more films that CB has yet to see.

Anyway, our man in Texas, Chuck has the fortune of meeting Mr. Emilio Estevez and his father Martin Sheen at a rare signing… Of course he had to drive three hours and brave the Texas heat to do so, but what’s a fanboy to do? You gotta go! Right?

Check out Chuck’s full report after the jump! Congrats man!

I found out they were doing an in store appearance to promote a movie, and I knew I had to go. I left my home in Houston, took a day off work, and drove over 4 hours to get there. I arrived there at 1:45pm and got in line. Emilio and his dad, Martin Sheen showed up around 3:10pm for a 3:00pm signing. AWWWW!!!!

(Side Note…Why are people always late to a scheduled signing?) But I digress… 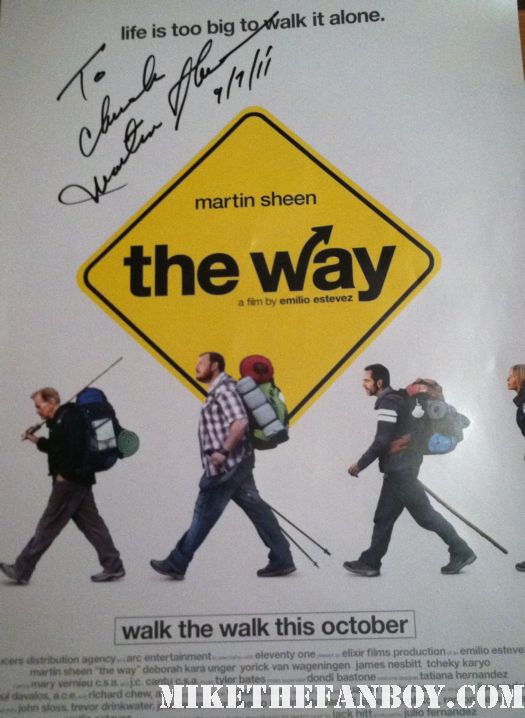 They were signing one sheet 11×17 posters and 1 personal item. I managed to get 2 of my press kit photos from Young Guns signed, though. yay me! 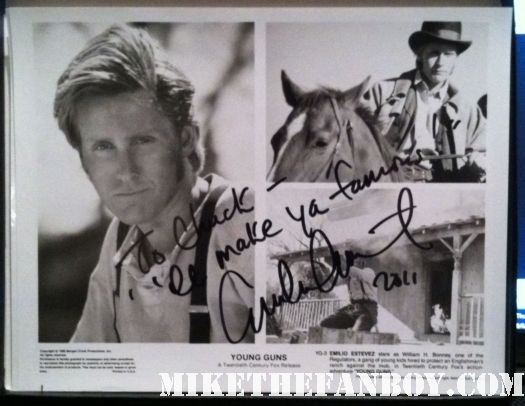 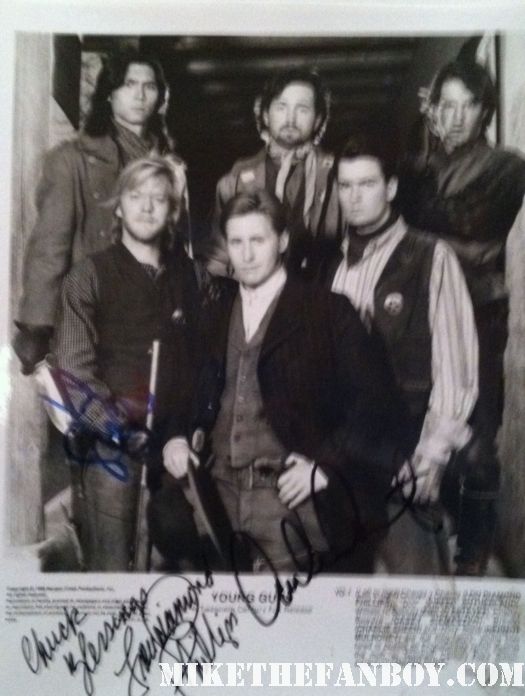 At the end of the signing, I also got a picture with Martin. Emilio couldn’t get out there quick enough.

I then drove the long trek home, tired, but happy!!!!! 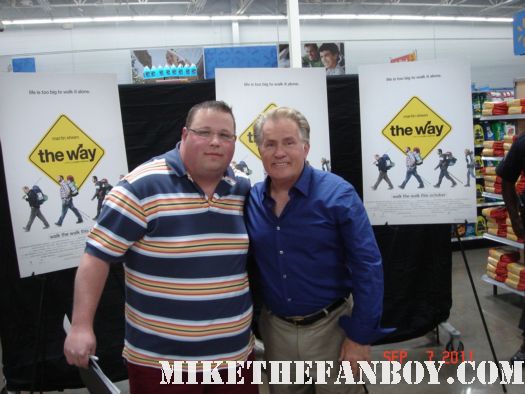