I love hearing from Chuck our man in Texas! Now, even though I free admit I have no idea who Suzy Bogguss is, I’m going to have to expand my musical horizons. I do enjoy country music now and again. In fact Kathleen Edwards new album is fantastic!

Anyway, back to Chuck! It’s been a while since we heard from him, so I’m really glad we have this report. Chuck was able to meet Country music star Suzy Bogguss before a concert in Texas and he was thrilled!

Suzy was in town for a show, and I needed to get her on an album I have had for about 3 years. I also had a couple of cd’s I had picked up.

I got to the venue around 3:45pm and waited. Around 4:45pm she pulled up in a mini van with her band and husband. No fan fare or big tour bus. I asked her to sign my stuff, and she was so nice! Not only did she sign my stuff I got a great picture with her.

Since I always get autographs, I rarely go to concerts, so I decided to treat myself. I bought a ticket to her show, and it was worth every penny. She put on a great show that lasted over 2 hours. After the show she announced from the stage she would be signing and taking pictures with anyone who asked.

I decided to get my ticket stub signed, because hey…why not? When I finally got up to her table, she remembered me from earlier and gave me her guitar pick she had played with from the show! She even signed it for me.

Very rarely does an artist ever be this friendly to their fans, and Suzy when above and beyond!

I highly recommend going and seeing her if you ever get a chance. 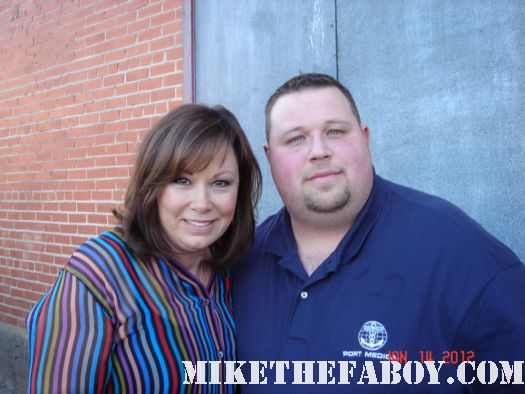