Chris headed to the Berlin Film Festival for the premiere of Cinderella. Now, you’ll have my water logged recap of the premiere here in Los Angeles which wasn’t that successful.

Chris did have a lot good fortune in Berlin, which is awesome.

About two weeks ago I think, “Cinderella” had its world premiere at the Film Festival in Berlin. With an impressive list of Lily James, Richard Madden, Cate Blanchett, Helena Bonham Carter, Stellan Skarsgard and Kenneth Branagh as the attending guests, I had to try my luck. Especially because of Cate, I have waited for a chance to meet her for years although I knew it might turn out difficult to actually get her autograph. I also really wanted to meet Helena and Richard.

Kenneth Branagh arrived and started signing a few barricades further down from me. He stopped before he could get close to us.

Stellan Skarsgard came over. He was the one I cared least about from the cast, but he was quite nice and signed an index card for me. 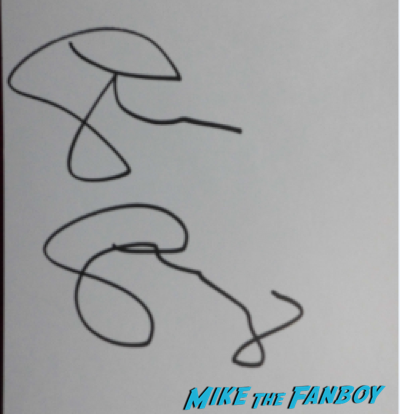 Richard Madden arrived! He started signing to my left.

Now everything happened quite fast. Lily James arrived as well.

Richard came closer and signed my photo. He didn’t use the best pen, but anyway. I tried to ask him if I could take a picture with him, but everything was quite chaotic and I don’t think he heard it. 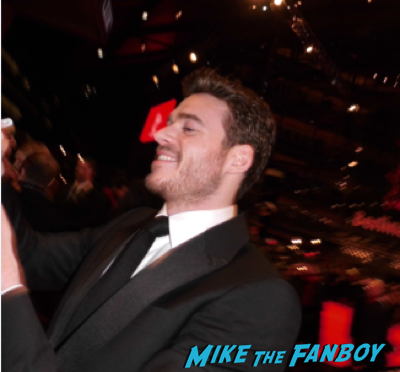 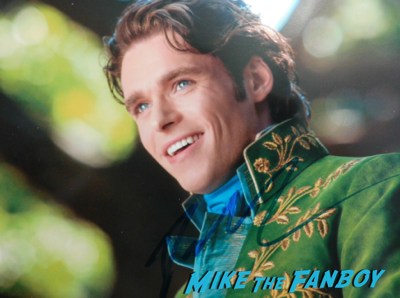 Lily James signed a bit, but just as Kenneth, she only signed further down from where I was standing. Later as she walked over to the press, we tried to get her attention, but she was done signing and only did a half-hearted wave towards us.

Helena Bonham Carter arrived and ran over to the press without signing first. That was unexpected! There was still a little bit of hope left she might come over after posing for the photographers and doing some interviews, because from what I heard about her, she usually always signs and I couldn’t imagine her not doing it at all…

Now, the person I waited for most arrived: Cate Blanchett. As first, it looked as if she would start signing to my left, but she apparently just stood there in front of the fans for a few seconds (or signed like one single thing?? I couldn’t see her using a pen, though) and then turned around and for a short moment it looked as if she would just walk over to the press without signing. But then, suddenly she came over, came straight to where I was, took my pen, signed my photo and continued signing with my pen. Wow. That was a lot of luck! She looked really beautiful. I asked her if I could take a picture with her (not really expecting her to say yes, but why not try?) and she answered “I don’t know…”. I guess that’s a “no”? lol I kinda regret giving her a silver pen… but it’s alright. 😀 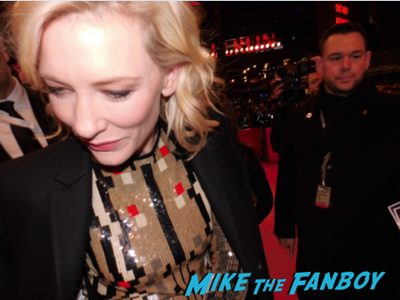 After a few autographs, she gave me back my pen and used someone elses as she continued to sign down the line. I was suprised by how much she signed for her standards. She did it for quite a bit and signed more than some of her co-stars, I think. Although she only ever was in one half of the barricades, meaning there were still lots of people that did not get to see much of her. But still, she signed down surprisingly far in that half of the carpet and I think there are other fans who didn’t get to see anyone else than Cate at this premiere. From what I could see and guess, at least. 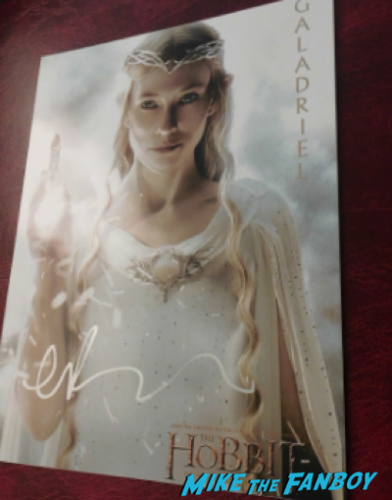 Shortly before entering the cinema, Helena Bonham Carter finally ran over and signed a few things, but she did it for less then a minute and barely covered ground, so I didn’t get her. She looked as if she was sorry she had to go, though.

Overall, the premiere was quite stressful and the cast was tougher than I thought they would be. Like, even Nicole Kidman who I met at the same location a few days earlier covered more ground signing than they did. I stood in a really good spot, the cars dropped the actors directly in front of me, so it was quite surprising how many people we could not get to come to our barricade. But thanks to Cate, I am still happy with what I got at the premiere and it was definitely not a waste of time. I mean, every day you can manage to meet Cate Blanchett is an awesome day, right?