Still, you never know right? With some persuading from Scotty and Billy, I headed out on the wet streets of Hollywood to try my luck at the always difficult Cate Blanchett. 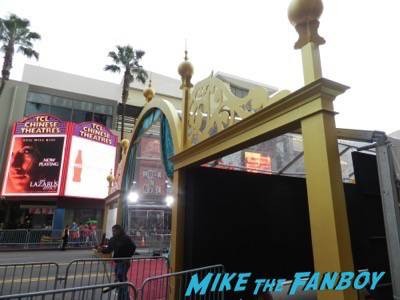 Now, you never know right? But I’m not expecting much today.

When I arrived I discovered there were not a lot of people here. The forecast of rain has kept many people away. And with good reason.

Still, you never know. It could be that one flash of a dry spell and you get Cate Blanchett and all is right with the world. I brought Cinderella posters, my Lord of the Rings stuff… pretty much the usual. 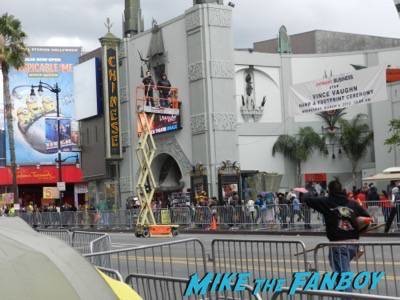 In the morning the weather looked okay, and by the time I arrived around 2:00 p.m. the dark clouds were rolling in. Sigh…

We covered all our stuff with garbage bags and Scotty is quite particular with the packaging of his things.

Still, we had hope. Lots of hope we did. 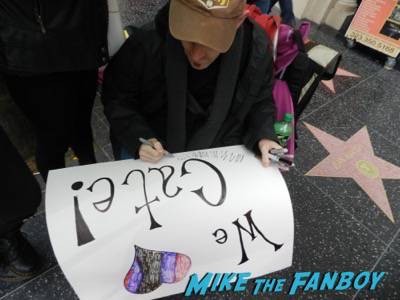 And then… the first drops… of rain. Oh no…

The umbrellas came out and didn’t go down. 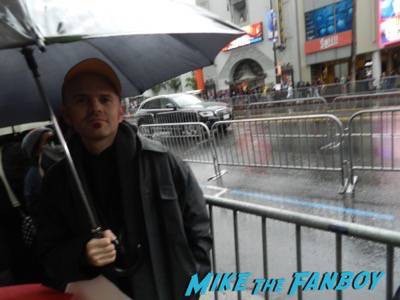 We even had one for our posters and bags! 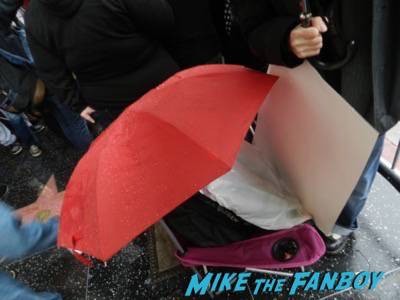 What we were hoping for at this point is that the rain would stop just long enough for arrivals. Sadly, that wouldn’t be the case.

Toni Collette showed up and while it wasn’t raining when she arrived we didn’t have anything for her since no one knew she would be here. 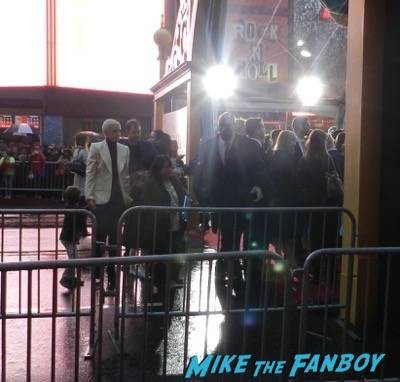 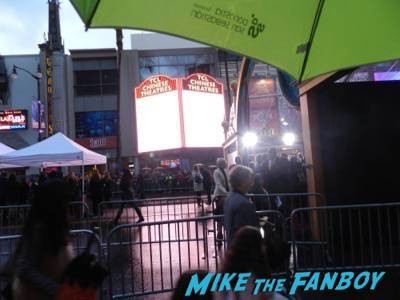 Then, it looked like we might catch a break. The rain stopped. The umbrellas were put down. An arrival… It’s Cate Blanchett!

She waved and then pointed towards us. We yelled, we screamed and then Cate went right on the carpet. Doh! 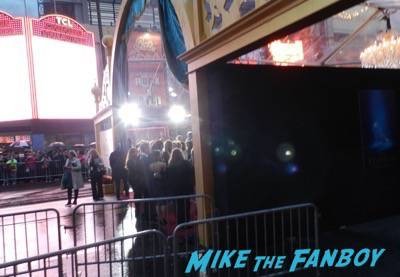 And that as we say is that. I said enough of this, I’m going home.

The Cinderella premiere was a washout.