Cindy Crawford is an icon in the first degree. I know so many people who love her, and Billy is one of them. He headed down to a recent q and a for her and book signing for her new tome.

It was a great q and a and billy had a blast. Check out his recap below!

Welcome back to Billy Beer’s Barstool. Today we are off to see one of the top American models EVER, Cindy Crawford. Cindy defined a whole generation of super models. Over the years she has worked with almost every top photographer. She decided to write a book about working with those photographers and the life of a super model from an early age to now around 50 (you would never believe she was 50 if you saw her!) Andy and I decided to go to a Q & A and book signing where we would have more than just 2 seconds to listen to her talk and say “Hi like most book signings. Let the adventure begin.

Driving in from out of town, Andy was nice enough to save me a spot. The ticket came with a book, I was also prepared with a 16×20 photo from one of her famous photoshoots with Herb Ritts. When the doors finally open to the general public, we hurry in and get a front row seat on the side. While we are sitting there, a lady actually asks us why would were at the Q & A, cause we didn’t fit the mold of other people there. I turn around and simply say “She’s an Icon”. Andy used a different approach to answer the question. He opened up the book, found and almost naked picture of her, pointed to it, and simply said “THAT’S WHY”. That shut her up quite quickly, and now it was time for the event to start. 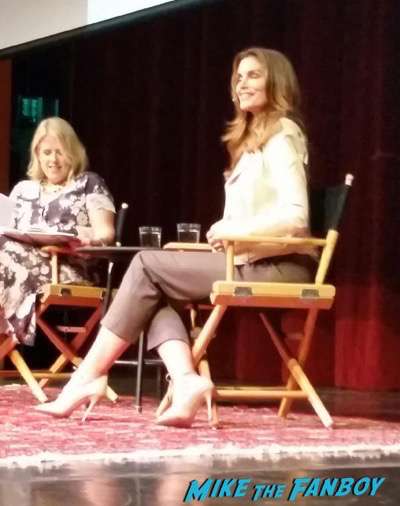 The moderator asked a number of questions about the early years growing up. Then she talked about a number of the photographers she had worked with. She discussed doing Playboy, and modeling at an older age. I think the best line for the Q & A had to be when she said, “As you get older, you get more comfortable with your skin, probably cause it gets looser” Hilarious!!!! 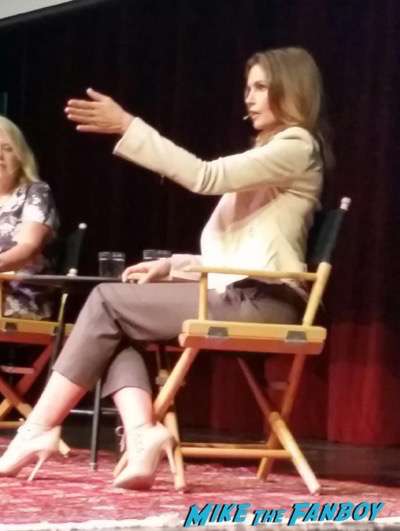 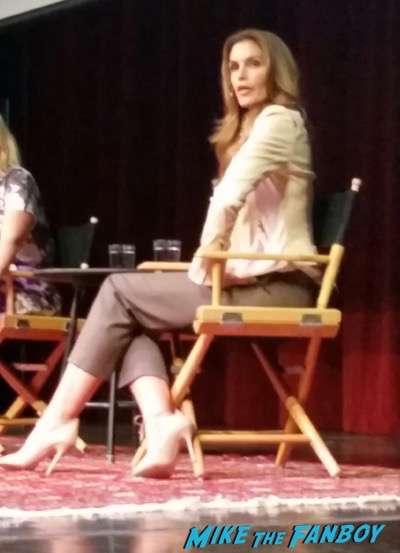 When the Q & A was finished, we weren’t sure whether to go up to the stage or not. Because she was still going to sign the book, we decided to wait till we were in line to try and get any extra items done. We decided to wait at the end of the line, hoping she would give us a little more time knowing that she didn’t have many more people to sign for. Andy went to the front to see if she was signing extra items. He came back with bad news. The guy in front was making sure you didn’t hand her an extra item. Basically grabbing it away. This worries us. I tell Andy (cause he has a large poster) to ask her when he goes up there cause then they can’t say no if she says she’ll do it. 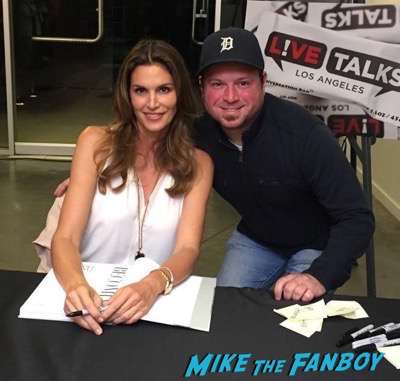 When we get to the front, that is exactly what Andy does, and she tells him if she has time at the end she would do it. Perfect! There’s only like 6 more people to go, so we wait. After she’s done taking all her photo-ops with workers, and signing extra books, Andy goes straight up to her and she starts signing his poster. The event people try to stop it, but she’s super and tells them she told Andy she would sign the poster. I then quickly put my picture out and she signs that too. Now other people are starting to join, so she says she’ll do one each, which is totally cool and fine. It’s more than you get from a lot of other book signings.

We wait outside to maybe get some magazines signed too, but she informs us she has to get back to her kids. It’s OK, Any time you get to meet someone who you have their poster on your wall growing up, and get a couple autographs and a photo-op is fine by me. Well, gotta go, it’s Happy Hour somewhere. 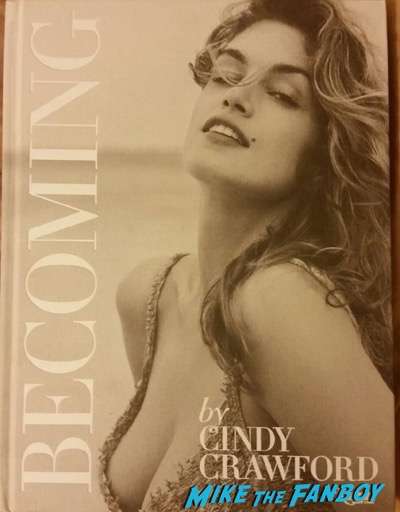 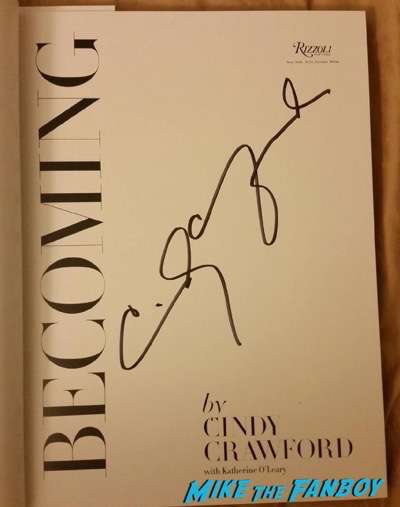 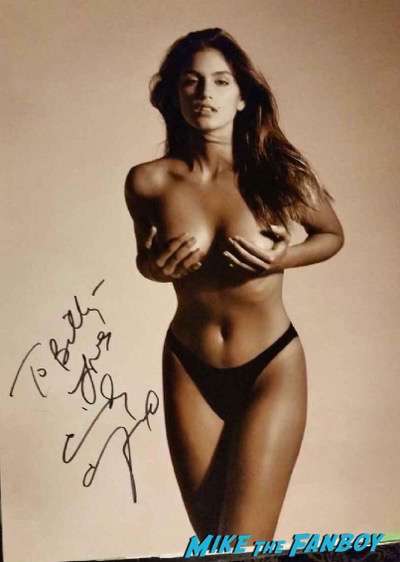