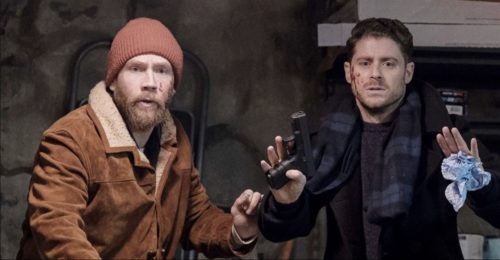 Full of crisp dialogue, “Clover” is an exciting, entertaining movie with wonderful twists and turns. Jon Abrahams’ amazing aesthetics deliver the goods with this comedic crime thriller filled with the luck of the Irish.

Bumbling Irish twins Mickey (Jon Abrahams) and Jackie (Mark Webber) can’t catch a break. After an unsuccessful night at blackjack to save their father’s bar Callaghan & Collins Pub, mob boss Tony Davolo (Chazz Palminteri) sends two of his goons, Frankie (Christian George) and Joey (Michael Godere) to grab the boys. Realizing they have no other way to pay off their massive debt, Mickey and Jackie reluctantly agree to accompany Davolo’s son, Joey, to sort out another degenerate’s debt. They watch Joey tie and torture the guy in his basement before he’s killed. However, bad becomes worse when 13-year-old teenager, Clover (Nicole Elizabeth Berger), kills Joey and their decisions increasingly become complicated. Now on the run from the mob and forced to extreme measures, the trio escape in a desperate attempt as two hard-as-nails hitwomen, Gertie (Erika Christensen) and Virginia (Julia Jones), are hired to track them down. Can the two bumbling buffoons keep Clover out of harm’s way? 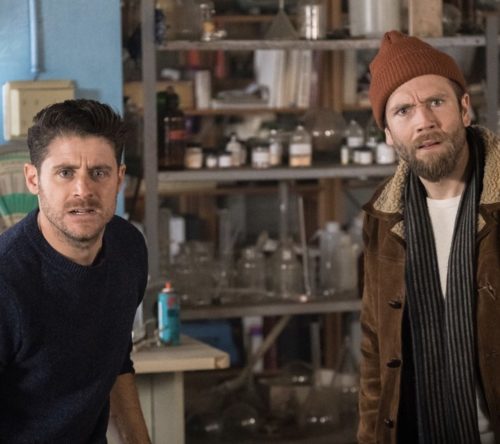 “Clover” captures the best elements of comedy and thriller with a modern twist. Imagine if you take the violence of a classic Martin Scorsese movie meets a buddy film. Almost a “Pope of Greenwich Village” and “The Usual Suspects” vibe. The entertaining editing techniques and swipes definitely create a 1970s homage with “The Warriors” being a strong comparison. There are beautiful bloody moments throughout, especially the bowling pin scene, but more often times than not you will be laughing hysterically thanks to the charming, comedic timing of the leads Mark Webber, Jon Abrahams, and Nicole Elizabeth Berger. 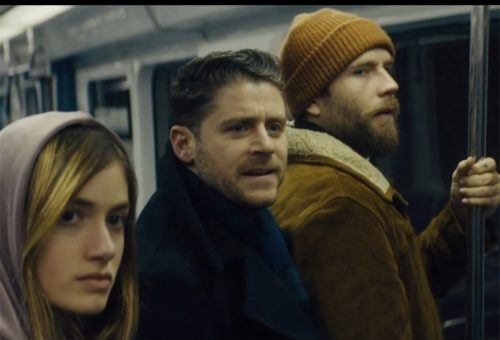 Director Jon Abrahams amazingly balances bloodshed and laughter throughout with this eclectic ensemble. This comedic character-driven piece is highlighted by Webber ‘s wonderfully wild bickering and beautiful banter with Abrahams. Tonally it reminds me of the charm of Sean Patrick Flannery and Norman Reedus in “The Boondock Saints” with a hint of “Midnight Run.” The dynamic duo maintain a cosmic chemistry, which makes this movie. Titular character “Clover” charmingly makes a splash with her entrance and Nicole Elizabeth Berger provides a passionate performance packed with amazing supporting turns by Tichina Arnold, Erika Christensen, Christian George, Michael Godere, Louis Lombardo, Julia Jones, Ron Perlman, Chazz Palminteri, and Jessica Szohr. It’s an amazing assortment of characters, who create a funny film worth watching. 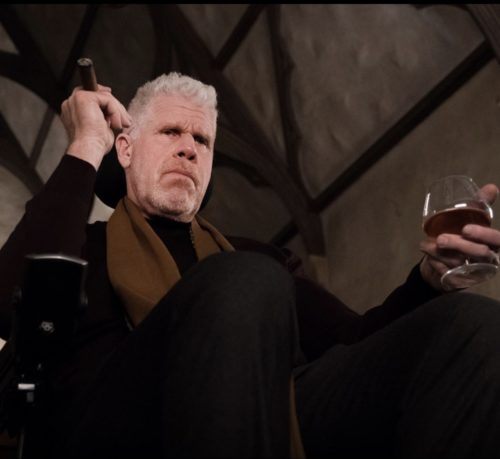 “Clover” contains crisp dialogue and the commendable casting elevates this movie to another level. The assortment of entertaining empathetic characters like cokehead Joey (George), who seems similar to the vindictive visual nature of Mr. Blonde in “Reservoir Dogs,” the crazy calculating Tony Davolo brilliantly played by Chazz Palminteri and Mr. Wiley (Perlman), who gives off a menacing Malcolm McDowell-like villain, make “Clover” a must watch! Although filled with stereotypical gangster characters and tropes, “Clover” creates a unique unorthodox experience by combing the best of Tarantino and Scorsese with tons of dark humor, which allows Abrahams to create his own appealing aesthetic. There might not be anything mind-blowing and the overtly occasional cheesy comedic moment, but “Clover” is what movies should be- “. Don’t miss this comedic gangster gem. Whatever you do, don’t forget to buy Larry a drink.