That was way harsh Tye.

I’m sure you could guess, but today we’re talking some Clueless! As if! One of the seminal films of the 1990s Clueless is… In a word… Amazing. It’s one of the best acted and most well written films ever.

This is sort of a first for Cult Classic Corner… Two sort of fails. Duh, duh, duh, duh!

As If! School has returned and since I have discussed the subject matter I decided to revisit one of the most quintessential high school movies of all time, “Clueless.” Let me make a wild guess, Mike just wrote something about how much he loves this movie. Yes, if you grew up or endured any part of your teenage years in the 1990s, “Clueless” was a film that spoke to you. I don’t care who you are… this is a film that everyone remembers seeing. 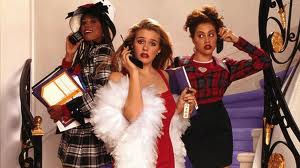 Based off Jane Austen’s “Emma,” the film “Clueless” follows the life of Cher Horowitz (Alicia Silverstone), an extremely popular and good-natured high schooler, who is about to turn 16. Together with her best friend Dionne Davenport (Stacey Dash), they practically rule their high school as the richest, most popular and most attractive girls at school. After being called selfish by her stepbrother Josh (Paul Rudd), Cher is determined to prove she is not as self-absorbed as everyone thinks and decides she can do things for others. 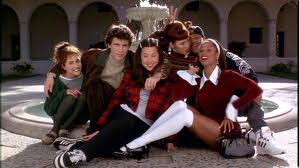 First, she decides to help two hapless, lonely teachers Mr. Hall (Wallace Shawn) and Miss Geist (Twink Caplan) meet each other and help kindle a relationship between the two. Although she initially did it so she would receive better grades, Cher grows fond of helping others and decides to assist the “tragically unhip” new girl Tai Frasier (Brittany Murphy), making her one of the coolest kids in school. However, has she made Tai too cool for school? 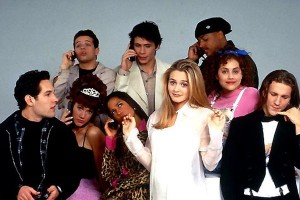 This movie will always have a spot in my heart as this is a great time capsule for all the embarrassing trends I did during my youth like baggy shorts and backwards caps. Plus it always helps remind me of one of my first crushes, Stacey Dash. Honestly, how does she look exactly the same after all these years?????? But I digress. Not only does it possess a hilarious script from Amy Heckerling (“Fast Times At Ridgemont High”), but possesses an impressive cast with Jeremy Sisto, Breckin Meyer and the scene-stealing Dan Hedaya as Cher’s father. Even after 18 years, this film still holds up! 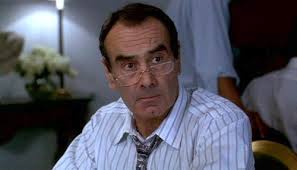 Fortunately for me I can say I have had the pleasure of meeting the writer/director Amy Heckerling, Alicia Silverstone and Jeremy Sisto. What surprised me the most was each other’s demeanor when interacting with fans. Amy enthusiastically discussed “Clueless” and loved signing autographs. Alicia…refused to discuss anything of her Hollywood career during a book signing for “The Kind Diet” when she went on tour and actually flat out turned down a fan with a framed “Clueless” poster at Book Soup. She just doesn’t like discussing her Hollywood past or signing stuff from that era it seems. However, the most interesting case was Jeremy Sisto. 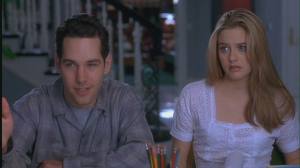 While working at Universal Studios Hollywood for a marketing research I had the displeasure of meeting Jeremy during a VIP check-in and he was extremely egotistical, just like his character Elton. Even other guests commented how arrogant “this guy was” and then after realizing it was “the guy from ‘Clueless’” they let out, wow….that’s just sad. Just goes to show you, sometimes its not always a good thing to meet your heroes. Until the next time, happy autograph hunting! 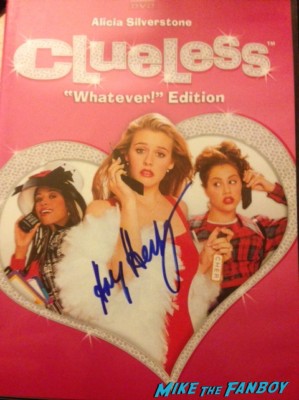