I’m so glad I hung in there because this is the episode I was waiting for all this time. I totally enjoyed it from beginning to end. We’ve wondered about the infamous Red-Hats; are they some sort of mechanical soldiers or brainwashed human collaborators? This week starts off with a personal first-hand look into a normal day of a Red-Hat soldier. We see the world through one of their helmet cameras. They are regular young guys who are more or less forced to follow strict commands by the authority. The intensity of their violence is purely on their own hands; acting out in the name of the Occupation. Some use it to justify their unnecessary brutality even towards young kids. What can I say; people are their own worst enemies. End of the day, the man behind the lens ends up being none other than the well known Resistance member, Broussard. WHAT??? 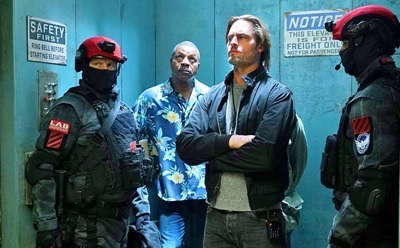 Even though the resistance may seem like a nuisance at the moment, Phyllis shows Will how different resistance groups could snowball into a real threat. She knows that taking down Resistance members is a small price to pay to avoid mass attacks from the “host” in retaliation.

After sending the kids to the park, Katie is up to her antics with the Resistance as usual. She gets an “expected” attack on her house. After calmly handling the house fire, she calls up Will. The whole team shows up to assess the situation and Katie gets more attention than expected. The Red-Hats search the entire house. The whole point of the attack becomes clear. She wants to get to the big cheese; and no, I’m not talking about Snyder. 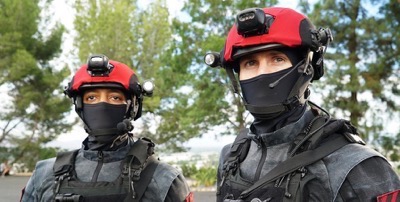 Katie gets to meet Phyllis, the one who has access to the database. The false attack ends up being their neighbor’s worst nightmare since they are now accountable for the Bowman family’s safety. Phyllis doesn’t believe Katie’s story. She sees right through Katie, unlike Will. After the meeting, Phyllis reveals some interesting items recovered from Will’s home. Their son’s interest with Geronimo comes to surface. Luckily for Will, she grants him the chance to deal with his son and to let him know the gravity of the situation.

Will confronts his son about the tapes. He finds out that the broadcast is advertised through the posters put up by the resistance. The new information helps Will corner the broadcaster. After many failed previous attempts by the Occupation, Will finally manages to capture him; the man who everyone assumes to be Geronimo. However, Will instantly learns that he is not Geronimo, but just merely one of his messengers.

After the intense interrogation, they learn that the scripted messages were delivered secretly. Beau discovers their form of delivery through the pipelines and to make things even more interesting, the Geronimo messages were delivered out from the Green Zone. Who saw that one coming? The Resistance is starting to look less and less of an insignificant group. This unexpected news is bound to create friction within the authority. We already know that Katie isn’t the only leak. The Resistance clearly has members well deep within the so called Collaborators working with the Occupation.

Meanwhile, Madeline being few of the lucky souls to get a job in the Green Zone makes some powerful friends; friends who could help with her son’s special needs. She secures a permanent position in exchange for her knowledge of art collections in the city.

Katie comes home to the glaring eyes of her neighbors. Even with the added “security” she manages to sneak out of the house to meet with the Resistance members. In exchange for Will’s safety, she reveals Phyllis’ identity to Quayle.

Will comes home to find Katie cleaning up the mess left by the fire. He notices a missing picture frame of the family from the burnt wall, the very one Katie set aside to avoid any damage. She simply brushes it off claiming it fell and broke. Not convinced by her explanation, Will starts to look for the frame. To his relief, he finds the cracked frame. At least he is starting to question things without being completely blind to her deceptions. It’s just a matter of time before he finally puts the blurred pieces together.

Phyllis makes a surprise visit to the Yonk. She is far from done with Katie. Phyllis continues to give Katie chances to come clean. We finally find out what made Phyllis question Katie and her intentions. She paralyses as soon as Phyllis reveals surveillance photos from her previous mission. We see photos of Katie hovering over Justin’s lifeless body. Did she know about Katie’s involvement from the very beginning? Why didn’t she confront Will? Why did she keep it a secret? Did Phyllis spare her life in hopes of using her as a chess piece to advance her own agenda? I’m guessing she wants Will to find out about her on his own since Phyllis’ involvement might just complicate things further. Will is an extremely valuable asset they can’t afford to lose. Phyllis “employs” Katie, adding to her list of bosses. Unfortunately, Katie has no choice in the matter. She has to listen to Phyllis and do her bidding. 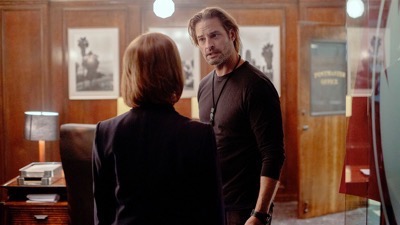 After her detour, Phyllis heads home. It was hard to even imagine her out of that office living a normal life. We get a never before seen rare glimpse of her family life; makes her more human. Sadly, it was cut short; Broussard was waiting for her in the living room. She knew there was no way talking herself out of this sticky situation. Broussard takes hers and her husband’s life. Not sure what they expect to accomplish by eliminating her since the Occupation could replace her and the database is not affected. If anything, this was a bad decision since she cared about the people and still had a heart. The next one in line might not show any mercy like Phyllis. Maybe this will lead to Will being in charge of the unit. He has proven himself more than capable. 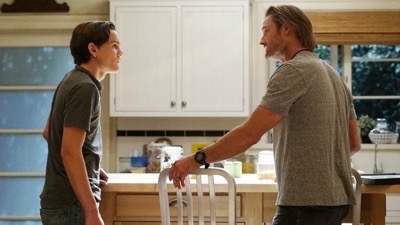 I’m sad we lost Phyllis just when I started to like her. She was just starting to gain Will’s trust. I was definitely surprised how fast they took her out instead of using her to get into the system or to destroy the system all together. Will is so close to figuring out Katie’s hidden life. He gives her space and dismisses her moods out of love, but his patience is finally reaching its end. I’m excited to see what happens next week. Things are escalating and finally getting interesting.