Home / Reviews / Colony Season One Episode Eight Review And Recap! In From The Cold!

We finally get a quick long overdue look inside the infamous factory this week. It awfully resembles a prison; a really sterile one for that matter. My jaw hits the floor as soon as I see the third rock from the sun out the window. The factory is in outer space. Not sure where they are stationed, but gravity seems surprisingly normal; possibly another planet, maybe the moon. 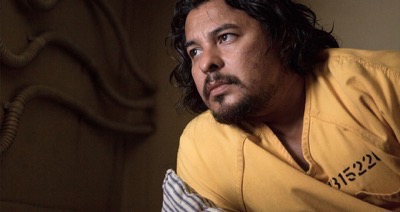 Will shares the news about Charlie with Bram and Grace. Bram’s reaction parallels Katie’s the first time she heard about Charlie. She doesn’t appreciate Will’s decision to tell the kids without consulting her. Will might be simply acting out after discovering Katie’s possible involvement with the resistance. Yet he holds back since a common book is not sufficient evidence to accuse her.

Alan Snyder gets a visit from Helena. Apparently, he is the nice reasonable one. I would hate to imagine the magnitude of the hostility in other blocks. Snyder‘s authority is under scrutiny for not employing sheer fear to maintain his colony. His position is threatened by higher command. 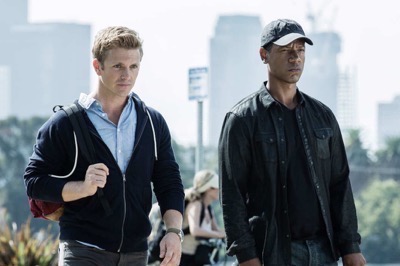 Katie meets up with Rachel wanting to distance herself from the resistance; she wants out. Rachel respects her decision and promises Katie to get her dismissed by Quayle. With his right-hand man gone, Quayle switches the game on Katie. He calls up Will and threatens to expose her. Oh it’s ON! Will follows Quayle’s instructions for a face to face meet up. He is willing to give up Broussard for his freedom from the block. However, if Will fails to carry out the deal, Katie will be at the mercy of the Occupation. 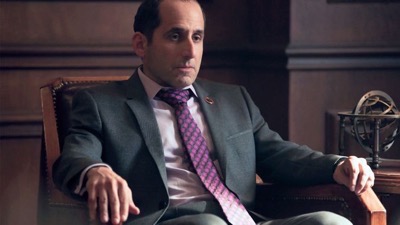 Will bring Beau into his fold and tells him about the impromptu meeting. Not willing to give in so easily, they plan to turn Quayle’s deal against him by leaking it out. Once Broussard gets wind of it, they count on him to eliminate the threat himself. Nevertheless, Will brings Quayle’s proposition Snyder and he agrees to a deal upon meeting him personally. 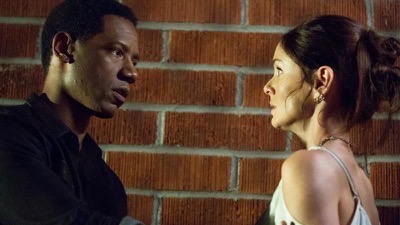 Meanwhile, Broussard is still at large. He gets approached by another resistance group to carry out a major hit against homeland. Somewhere in a shady alley, Broussard confronts Quayle about the true nature of Geronimo. Of course he talks his way out of it. Unfortunately, Broussard remains loyal and carries out business as usual. He tells Quayle about the big operation against one of the higher authorities. 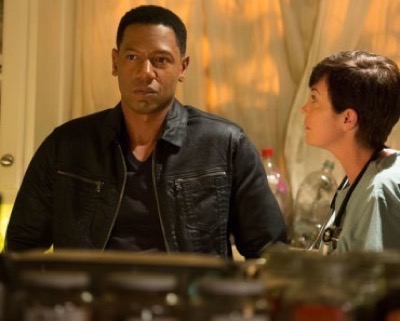 Katie continues to press Will about his rash decision that morning. Even though he is furious about the betrayal, Will gives in to shut her up. Instead of accusing her, he uses her to rally the message over to Broussard. The resistance is already falling apart and now with Will being aware of the leak, he can manipulate the information flow. Katie takes the bait just as expected and warns Broussard. Funny enough, he doesn’t believe Katie and suspects Will of using her. 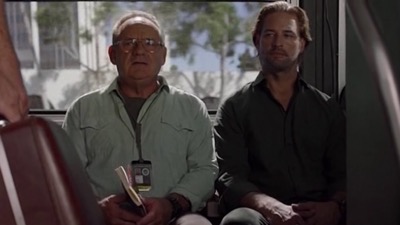 Broussard doesn’t waste time confronting Quayle, but of course he denies any contact with the Occupation. Their history leads Broussard to truly believe in Quayle. He agrees to take part in the major operations and forbids Broussard from having any future contact with Katie. He accuses Katie of being a double agent, when in reality he is the true traitor. The very next day Quayle meets up with Alan Snyder and solidifies his deal to give up the resistance. 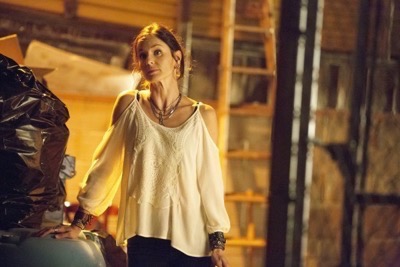 Of all places, the whole thing goes down in a farmer’s market. Katie stays out of sight, but keeps watch during the meeting. I guess Broussard didn’t completely trust Quayle after all. As soon as she spots Red-Hats, she warns the rest. Broussard and the other resistance members flee the scene unharmed except for Rachel. She ends up getting shot on sight.

Snyder is outraged by the poor outcome of the operation. Jennifer finds Quayle’s files giving them a better idea of Quayle’s true identity. Will goes over to interrogate him further, but ends up feeding him a few bullets. With Quayle out of the equation, Broussard is last one in charge. At the moment, Beau is the only one Will could completely trust. They lie about the murder to Snyder conveniently pinning it on Broussard. Snyder isn’t so gullible, he sniffs out the lie, but gives them another chance to put things right. 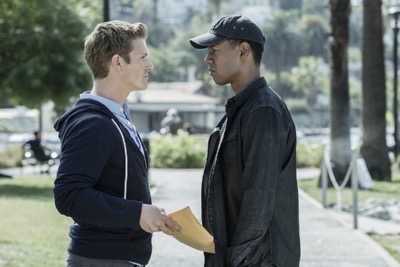 Rachel and her two sons are hung in public labeled as “Terrorists”. Katie is devastated, but Broussard still has a hold on her. She is willing to fight on with the resistance. Even though Katie wanted out, Rachel’s death renewed her rage and drive to keep moving forward. 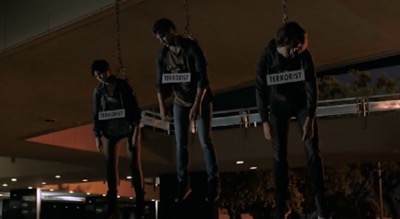 Bram is on his own adventure. He teams up with his teacher to take a closer look at the moon. It seems like the factory is based on the moon after all. Who saw that one coming? I know I sure didn’t. Hands down, the best part of the episode and now I want to know even more. What on earth, I mean moon are they doing?
I’m so happy that Will finally knows the truth about Katie’s extracurricular activities. Hallelujah! He decides to use her to his advantage instead of giving into his emotions and confront her. The tables have turned. Now Will is using her and protecting her at the same time. How will this impact their relationship and their family? Will they ever catch Broussard? Who is getting a seat on the next trip to the moon? The green light projecting up into the sky, is that their means of highly advanced transportation? I know Carlton Cuse dropped a hint suggesting this has nothing to do with aliens. So it has to be manmade; manmade chaos and invasion. 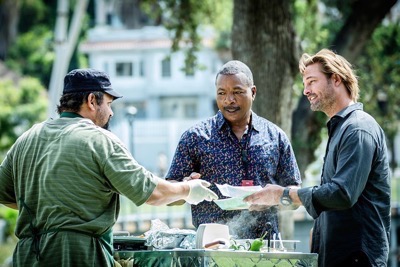