The episode opens up to what seems like a regular church service at first, but leaves us with an unsettling vibe of a cult. It sounds like their interest lies in the youth; preparing them for the days to come. I say brainwashing. The Bowman’s teacher ends up being part of this congregation.

Katie comes home to an empty house. Well not so empty from the sound of it. She takes out her gun and scans all the rooms. A hooded intruder approaches her, but doesn’t get too far before getting shot by Katie. It’s Broussard; and oh wait, it’s a dream. As far as nightmares go, that was pretty anticlimactic.

Lindsey starts brainwashing Grace during Katie’s absence. Katie heads over to the Yonk only to find it riddled with investigators. She lost the one place that was her own. After biking pass it, Katie pays a visit to one of the resistant safe houses, but find them empty. She proceeds to reach out by calling them.

On the greener side of town, Madeline is at it again; engaged in her favorite pastime. This time around, she gets an audience. Her workplace deal goes south when the boss’s hubby tries to grab an extra session with Madeline, but he tries to entice her into a new deal with him; a deal which excludes his wife completely. 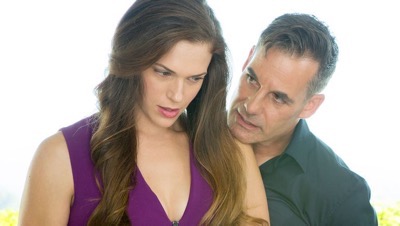 Back at headquarters, Will has identified Broussard as the wanted Red-Hat. However, he was listed under Dwight Ford. Since Phyllis’ passing no one has access to the data base. Will requests Snyder to give access to Jennifer. Homeland hits Broussard’s listed address and runs into yet another trap. The entire house explodes taking down half the unit. Clearly they aren’t dealing with a regular Joe.

Will goes back to headquarters to gather more Intel on Broussard. Now that Jennifer has access to the database, they got more than enough information on their suspect. Beau and Will talk to the Red-Hats to get anything on the infiltrator, but it seems like he wasn’t much of a talker. Broussard remains an enigma. However, Will did find out about a distinct tattoo that led him to believe that all the information on the database was mere fabrications. The more Jennifer searched, the more identities popped up with Broussard’s face.

Meanwhile, Broussard steals a corpse resembling him. Now are you thinking what I’m thinking? Yup, they staged his death in hopes of homeland ceasing the manhunt. Beau is more than willing to close the case, but Will won’t give in that easily. He wants to sniff out the truth from the ashes.

Broussard is still trying to save Katie from harm. He continues to convince Qualye of her usefulness, but Qualye has no interest in any further collaboration with her. Against his wishes, Broussard meets up with Katie to confront her on her loyalty to the resistance. Was he actually planning on eliminating her? After letting Katie walk away alive, Broussard pays Rachel a visit to get her thoughts on the matter. It’s such a “non-Broussard” thing to do since he is more of a man who carries out commands without letting his feelings get in the way. His history with Katie saves her life as he refuses to believe Quayle blindly. 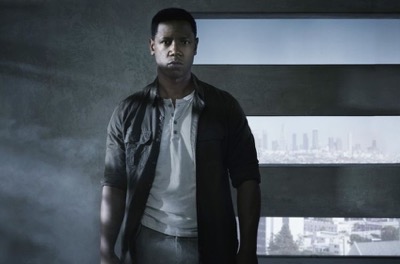 Snyder is not crazy about the new found details on Broussard. Anyone would panic once they find out that they are being hunted by a killing machine. On a more hopeful note, he gives Will an envelope carrying answers they have been searching for all this time; a current picture of their lost son Charlie. As much as Katie is happy to see Charlie again, it infuriates her to see them hang their kid as leverage.

The forensic team comes up with physical evidence tying Broussard to the Yonk. Will brings home his photo to get any insight from Katie. Obviously, she denies knowing him, but after seeing all the crime photos Katie gives up his location to Will. She knows that they are potential targets to be executed and this was her perfect chance to expose Broussard without coming clean to Will. It doesn’t take Jennifer too long to finally come up with Broussard’s real name after that.

Katie reaches out to Rachel to confront her on some of the brutal murders carried out by the resistance. Once she reveals her knowledge about the killings, Katie asks about her own current status with the resistance. Rachel is honest with her and goes on to reveal how Broussard needs Katie to keep himself on check; that she is the only one he trusts. This hits Katie’s conscience and she immediately warns Broussard about homeland. 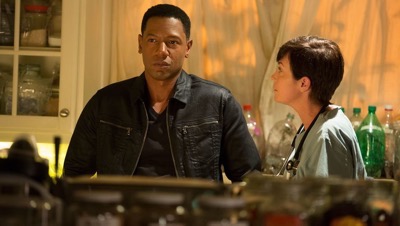 Broussard gets out of the house right in time. He avoids getting caught yet again, but in the process Will comes across the same book Katie keeps in her secret chest. Knowing his background, it’s possible that he made the connection. Then again, Will has dismissed or just “missed” so many other clues when it comes to Katie. Will this be his final clue before he finally realizes her involvement? I mean, come on! It’s about dam time he finds out. She is not the stealthiest agent.

Until next week, do you Collaborate or Resist?