After an eventful episode last week, things get even uglier. We are treated to the infamous hanging yet again this week. It seems like Snyder is dealing with his own noose. Apparently his position itself is under threat. No wonder he was desperate for a “win”. While he fights to maintain in his position, there are others who are already plotting to replace him. We get a quick glimpse of the chilling wall that extends all the way out into the ocean. Yikes, they are pretty serious about this whole separation thing. 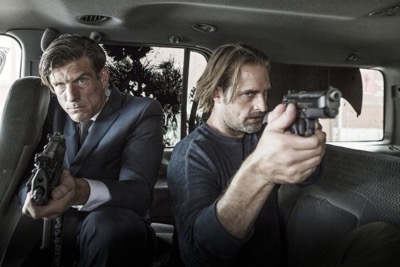 Will expresses his frustration over the recent events. He is not comfortable with killing an innocent man for the “greater good”. Snyder justifies his actions as a necessary evil to discourage future resistance; to send out a clear message of the consequences. Meanwhile, Broussard is part of the team leading the convoy. He leads them right into the awaiting ambush. After killing everyone in his vehicle, he moves onto Snyder’s car. More resistance “Red-Hats” flood the scene armed with paintball guns. Yup, paintball guns to compromise their visual. They proceed to break open the doors, but Will manages to take down all the resistance soldiers. Broussard gets a clean shot at Will when he got on the driver seat, but cease fire to respect the deal he made with Katie. Will drives the car in reverse to get away from all the flying bullets. The resistance exhausts their window of opportunity; the drones arrive at the scene. 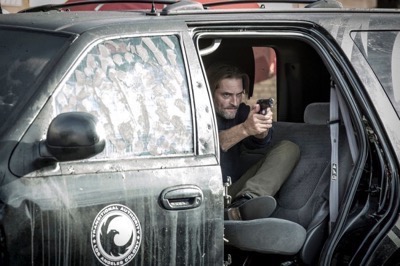 A shaken up Katie comes back to the Yonk to hide her resistance “disguise” and to add on to her streak of good fortune, Will brings Snyder to the Yonk; the ultimate safe house or deathtrap. Since the resistance has infiltrated the Red-Hats, they can’t radio for back up. Will goes out to use a payphone to contact homeland. Katie takes advantage of his absence to radio the resistance. While Broussard and his soldiers are on their way to grab Snyder, Katie makes small talk to fill the awkward silence. She tries to get as much information as possible out of him, but quickly realizes that he is pretty much in the dark just like the rest of them. 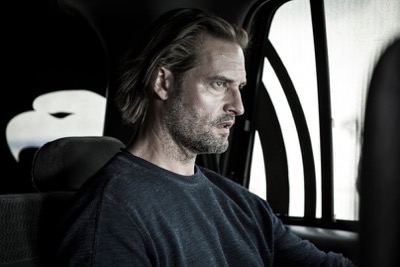 Will gets back faster than Katie expected. Now she knows he is in harm’s way once Broussard gets to the Yonk. While patching up his wound, Katie attempts to convince Will to give up Snyder; to “step out of the way”. Being the smart man that he is, Will refuses to give him up to the wolves. He knows that Snyder’s death will only lead to another prick with an agenda that might potentially be a lot worse. Snyder eves drop on their conversation and realize he needs an incentive for them to keep him protected. He drops the news about their lost son Charlie. Apparently, he is still alive and in due process he will be able to reunite again with his family. Katie still doesn’t trust him, but is she willing to risk the only chance they might ever get to see Charlie again?

Broussard knocks on the door and of course Katie can’t just step away. She puts up a whole charade to keep her cover and he plays along. They both go down into the basement to grab a few moments away from Will. To prevent Will from getting caught in the crossfire, Broussard advices Katie to throw Snyder out through the back door. Even though Will is blind to Katie’s involvement, he knew that the Red-Hats will be back for Snyder. They start barricading the entrances to the bar. Katie continues to push Will into giving up Snyder. 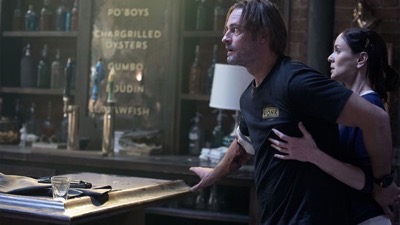 In a “fit of rage” Katie tries to push Snyder out the back door. Will shuts the door just in time. Broussard misses his chance to grab Snyder. Quayle’s patience runs out and he commands Broussard to attack the Yonk and retrieve Snyder. Meanwhile, Will learns more about the Host; how they have a filter to assess every human. That’s how they are chosen into their current positions. This fool proof method clearly has a few unsolved clinks. Snyder doesn’t necessary reveal the nature of their host, but sure gives us a hint to their “other worldly” qualities. 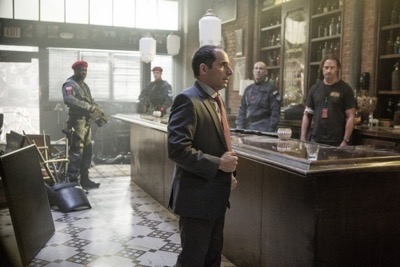 The Yonk gets broken in to and Will sends away Katie and Snyder out of harm’s way. Katie hesitates to leave Will alone, but she gives in once he mentions the kids. Will is pretty much a one man show. He takes down every single resistance soldier that came though. His gun runs out and another break through the back door while he reloaded. Just when he was about to go down, Katie comes through the basement and shoots the invader. This leads to a stand-off between her and Broussard. In an attempt to save Katie, Will gives up Snyder. Unfortunate for Broussard, Snyder slips through his fingers yet again. He goes after Snyder who apparently escaped out the office back door. Will follows Broussard, but he disappears into the alley. 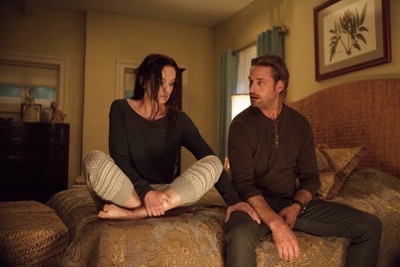 Homeland finally arrives at the Yonk. Katie breaks the news of his escape to Captain Lagarza, but Will has one last trick up his sleeves. Snyder comes out from under the bar. He commands Will and Lagarza to find and kill Broussard. Katie is less than comfortable with the turn of events. She is expecting retaliation from the resistance. Will confesses to the true nature of Geronimo; a “smart street art campaign”. Now Katie knows she has been lied to by Quayle, who is really calling all the shots. Geronimo does not exist. 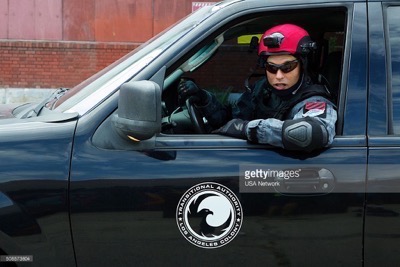 Speaking of Quayle, he claims Katie to be a “double agent”. He convinces Broussard that she has betrayed them from the moment of Will’s collaboration with the Occupation. What does this mean to the Bowman family? They are anything but safe. Broussard clearly cares for Katie and respects her wishes unlike Quayle who is out to advance their mission at any cost. Will Katie cause a drift between Broussard and Quayle now that he has declared her as an enemy? How long will it take for her to come clean to Will? After sealing the target on their backs, she can’t possibly keep her secrets to herself.