Ah Ewan McGregor! I have to tell you, I am such a huge fan of his, from Big Fish to Trainspotting to Shallow Grave to one of my all time favorite movies Moulin Rouge, Ewan McGregor is pretty much amazing in everything he does.

On the promotional trail for his new film The impossible Ewan McGregor did a Q and A. While I was supposed to attend, I got stuck in traffic. I know, shocking. So, I thought I would try and meet Ewan either on the way in or after.

10:15 p.m. – There is a woman trying to back her car out and she just can’t do it. It’s sort of comical. Security is just standing there, so the collector’s start to help her and direct her. LOL… God bless her. 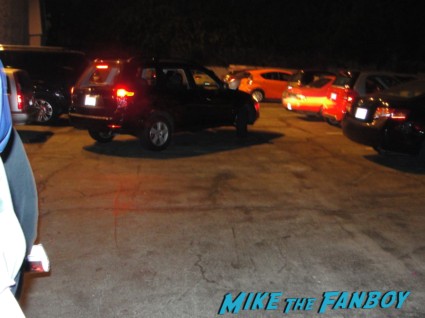 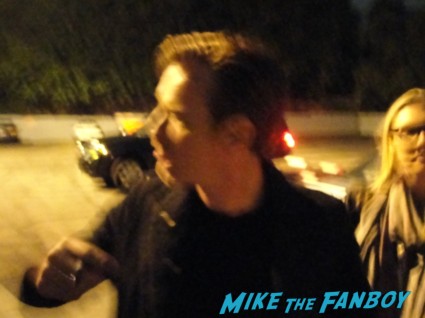 Here’s another classic example of how I would rather have one nice autograph rather than two sloppy ones. Ewan doesn’t have the “cleanest” autograph ever, lol… HE he’s really taking his time and signing nicely for everyone. 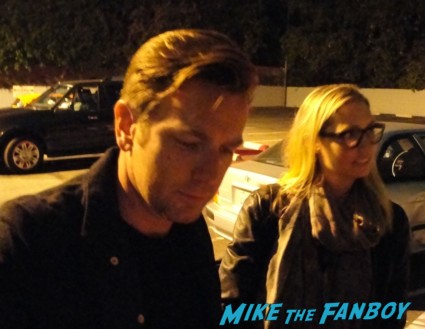 He’s so gracious. He signs my Trainspotting mini poster 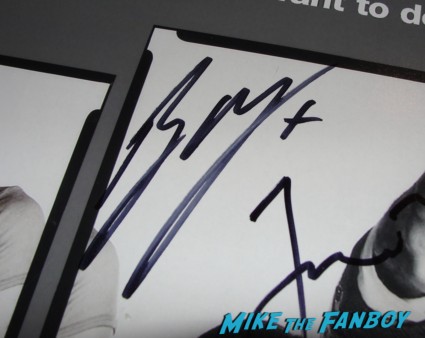 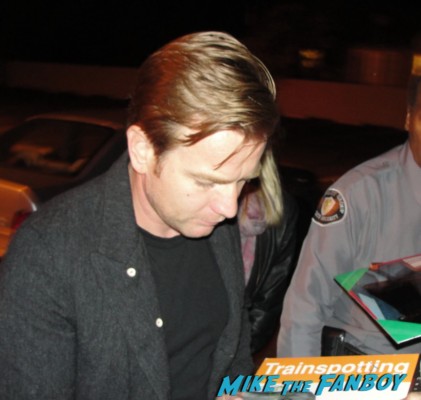 All in all, my Trainspotting mini poster looks fantastic and I’m so grateful Ewan McGregor took the time to come over and sign for us. It was really nice of him and makes me an even bigger fan! 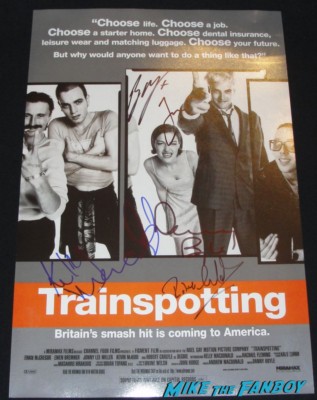