If you haven’t heard of Comet TV, you are missing out. It’s a fairly new channel, just over a year old that focuses on horror and Sci-Fi programming. It’s awesome and the best thing is that they have so many films that can only been seen on Comet TV!

Comet is a Digi Network you can get via antenna or streaming via Comet TV.com!

Check out the full list of films you can only see via Comet TV below! 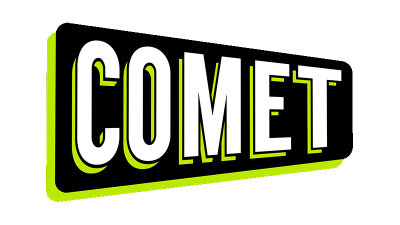 COMET has an incredible array of movies that you simply can’t get with a subscription to streaming platforms like Netflix, Amazon, or Hulu. From wild adventures on Mars to critically acclaimed classics, COMET is the ultimate home of sci-fi and horror… and it’s all totally free, no subscriptions needed.

WANT TO BE COOLER THAN YOUR FRIENDS?

COMET HAS SHOWS YOU SHOULD WATCH!

Sundays in November at 8/7C

DAY OF THE DEAD LIKE ME MARATHON: Tuesday November 1 starts at 10am/9C

Tuesdays in November at 8/7C

Wednesdays in November at 8/7C

Thursdays in November at 8/7C

Mondays in November at 8/7C

Johnny Sokko and His Flying Robot

BEAMING INTO THEIR FIRST SCREEN APPEARANCE!

Mac and Me airs Tuesday, November 22 at MIDNIGHT/11C