Jim is back for another edition of Comic Book Crossover! This week Jim is dissecting the CW’s Amell Wednesday and talking about The Tomorrow People starring Stephen Amell’s cousin Robbie Amell.

Plus, there are more than a few comic books that have come out this week.

Welcome back True Believers to this weeks Comic Book Crossover. This week the new chapter of the X-Men event “Battle of the Atom” came out and it had me thinking of the new hit CW show “The Tomorrow People” on Wednesday’s at 9. This has turned out to be another fun CW superhero show. Since the first X-Men movie came out in 2000 there have been several attempts to rip off the underlying theme (anyone remember Mutant X 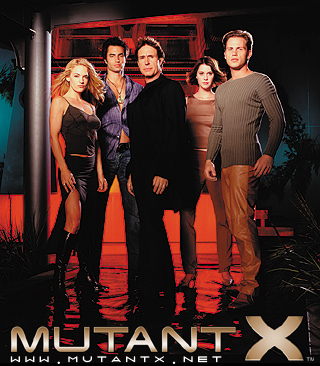 or the backdoor pilot on Fox called Generation X?) 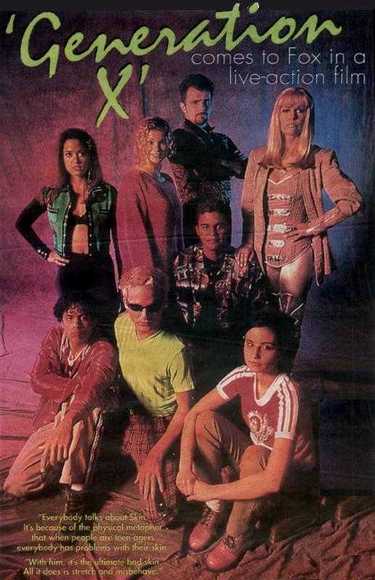 of prejudices and racism. It’s a poignant theme wrapped in a sci-fi story, what better way to convey the woes of today.

So far there are only three possible powers kids can develop Telekinesis, Telepathy or Teleportation. I’m guessing that some kid will develop some wild new power sometime this season. Some use them for good, others evil all the while the government is trying to put them down. There are so many direct comparisons to the X-Men in there that The Tomorrow People in one episode even called themselves Homo Superior (a classic X-Men term). I’m wondering if Marvel has their legal team scrubbing each episode looking for possible infringements.

So if you’re enjoying The Tomorrow People and want to read the X-Men but don’t know where to start, here it is. The 10 part “Battle of the Atom” crossover event in the X-Men is almost complete and should be still available at all comic book shops. It’s a fun read that brings together all of your favorite characters from Wolverine to Magneto and everybody in between. Part 9 came out this week with the final installment shipping next week. 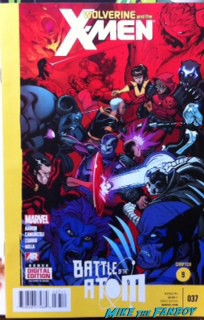 The rest of this week saw some equally fun and interesting books come out. As always the Massive is a must read fun attempt at the future and ecological disasters that turn the world upside down. 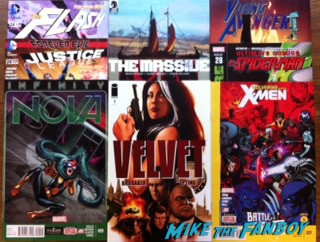 This week also saw the new issue of Nova released, if you don’t remember Mike had some pictures up of what the Nova costume will look like in the new Guardians of the Galaxy movie. These were pics from Comicon. Can’t wait to see how this character transfers to the big screen.

Overall though my pick of the week would have to be Velvet. This is the new Ed Brubaker book about spies, conspiracies and espionage oh my. He is one of the best at writing this stuff. Most of you are saying who’s this guy and what’s he done to make me shell out $3 on his new funny book? Well he’s the guy that created the Winter Soldier only a few years ago now and this story was so good and so popular that Marvel has already adapted it. This is who you’ll be seeing Captain America battling the Winter Soldier in April for the next chapter of Marvel’s Phase 2. Also the first trailer came out yesterday so go check it out. 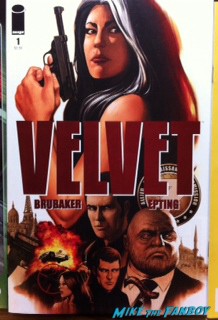 This was another fun comic book week. Next week I’m going to be in LA for a vacation with the wife but should be able to sneak off for some Fanboying fun that I’ll most definitely report on. Maybe even get a chance to check out Stan Lee’s Comikaze Expo at the Convention Center. Since I’ll be out of town next week I wouldn’t be picking up my new books until I get home so the next installment of Comic Book Crossover wouldn’t be until November 8th. That one should be a doozy!

So Keep Calm and go buy some Comics!