Man, there has been a lot of talk this week about the new Guardians of the Galaxy movie coming out. The trailer hit the web and it’s awesome. I think it’s going to be the sleeper hit of the summer.

Jim has some background on the Guardians or GOTG, their origins, history and more!

Check it out on this weeks Comic Book Crossover!

Hey comic book fans, welcome back to this weeks comic book crossover. As you’ve all seen on either this site, Jimmy Kimmel or anywhere else on the web, this week marked the unveiling of the first trailer for the much anticipated Guardians of the Galaxy or GotG. I can’t wait for the movie and am counting down the days to August 1st. As a comic the GotG date back to the early 70’s Avengers style team from the future, led by a mutant astronaut from the 20th century, Major Astrovik. 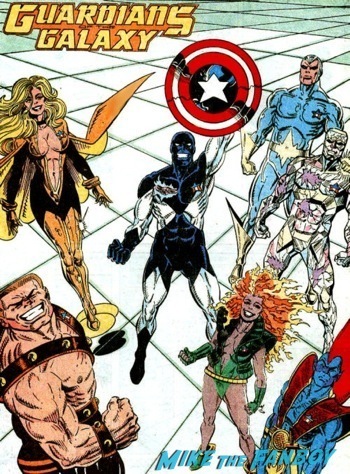 Major Vance Astrovik was placed in suspended animation in our time and for centuries his ship made its way to Alpha Centauri in search of alien lifeforms, similar to the episode of Twilight Zone when he arrived he finds humans had arrived centuries earlier, making him a man out of time. With his knowledge of the hero era and his latent mutant powers Major Astro puts together a powerful team to combat an alien race bent on universal conquest. 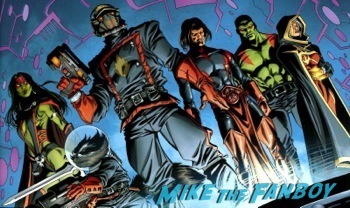 During this struggle they set out on a separate mission to recover the lost shield of Captain America as well as show various futures for our 21st century heroes. This is the team and these are the books that I grew up on. I love these books and keep all my back issues in pristine condition. Probably the only complete run I have where each issue is bagged and boarded. The series was cancelled in the mid 90’s but was revived in the early 2000’s with a new team operating in this era and the characters you see in the upcoming movie. 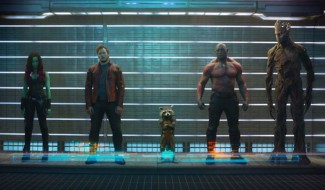 If you’re interested in reading some of the newer books in preparation for the new movie then here are 2 trade paperbacks to help you along. First read Annihilation: Conquest – Starlord then follow it up with Guardians of the Galaxy, vol.1. What you’ll discover is that this team and this movie will provide a big tie-in to the ends of both Avengers and Thor: The Dark World movies. I wouldn’t give away any but with Comixology, the digital comic site offering these trades for less than $8 a piece how can you go wrong. Enjoy!!!

Now on to new comics, this week was WEAK! I mean come on how is it that there are only 4 books to come out this week. 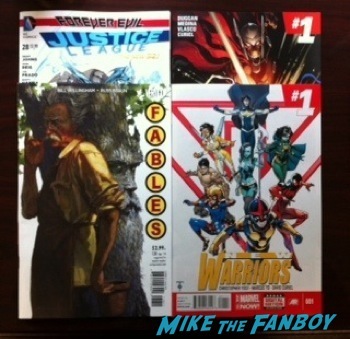 I’m going to need additional reading material for the weekend. But since we’re here my pick as comic of the week would have to be New Warriors #1. This is a reboot of a 90’s series that was just as fun as the original GotG. The book is made up of some familiar faces that banned together to try and do the right thing. 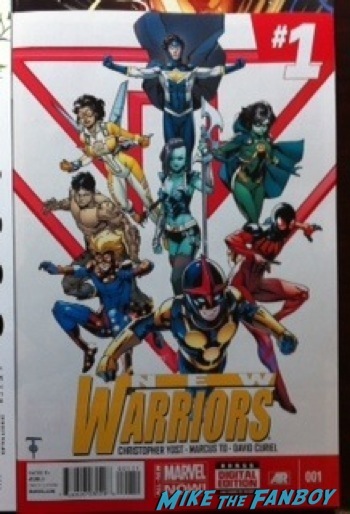 Here’s a fun fact at the top of the cover for issue #1 there’s a guy dressed in blue with a cape. That’s a teenage version of Vance Astrovik before he becomes an astronaut and centuries before he leads the Guardians of the Galaxy. In this era he’s just a teenage mutant trying to do right. Pretty fun, huh?

Other than that we have the new issue of Justice League, Fables and Nova. Now get out there and buy some Guardians books, you can’t go wrong!