As promised I’d like to kick off this weeks write-up with a review of the “Son of Batman” event at Wondercon this year. The first day of the Con isn’t as busy as the second or as slow as the third, it’s just right with a lot of comic book goodness.

At noon on Friday the DC booth began handing out wristbands for the “Son of Batman” cast signing and as could be expected they went very fast. This is the third year that DC’s unveiled a new animated movie but the first time they had the whole cast in attendance for a signing. When it was time the line moved quickly but not so fast that you couldn’t get pictures or other items signed. 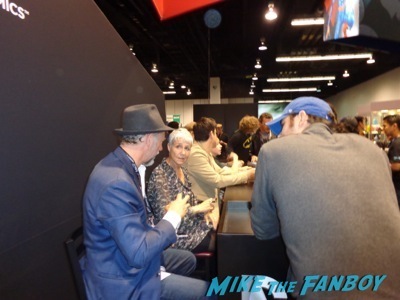 When I arrived at the front of the line Jason O’Mara standing in front of the table reaches out shakes my hand and says “Hi I’m Jason and I play Batman in the movie.”. 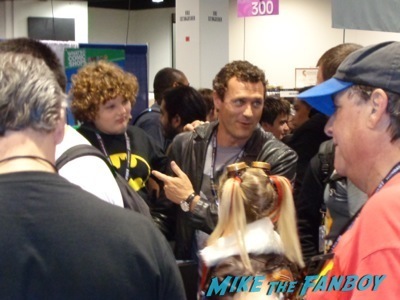 What a nice guy, we talk for a quick second about the movie and how Fox screwed up with Terra Nova, took a picture and he even signed by Terra Nova 8×12. 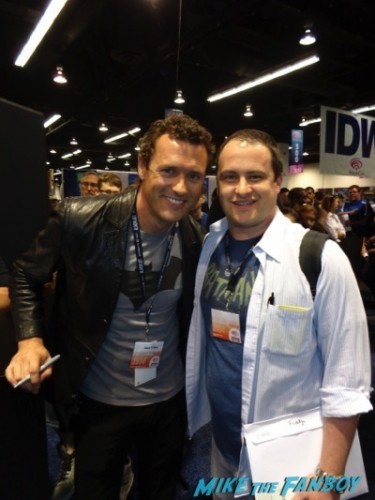 As I moved through the rest of the cast everyone was super nice and at the end the poster turned out beautifully. Comic writer James Robinson who wrote the movie was at the con that weekend but was not invited to the cast signing or the panel that night. I’m not sure why but I’ll definitely bring the poster to the next con we’re both at to get signed. 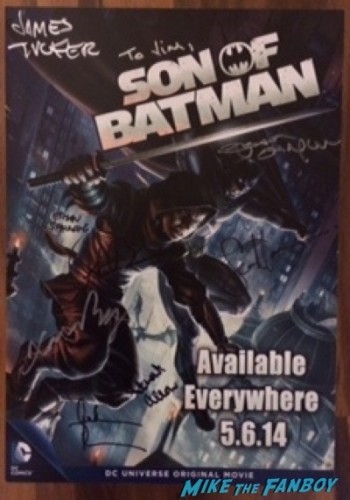 Shortly after the signing I made my way into the Arena for the premiere. Seating was wide open and I had a great spot on the floor to spread out with my rice krispie treats and enjoy the show. The movie follows the comic pretty faithfully and Damian (Batman’s kid) is shown as the little prick that he is. The movie was very adult and a lot of fun. If you get a chance to either pick it up or watch it on Netflix definitely give it a try. Hopefully this movie does good enough that we get the next chapter in the Batman/Damian storyline maybe even getting the opportunity to see it all the way through to the end. Wouldn’t that be nice??????

This week was slim pickings in the comic world I picked up Origin II, New X-Men, The Flash Annual, Ultimate FF and my pick of the week Amazing Spiderman #1. 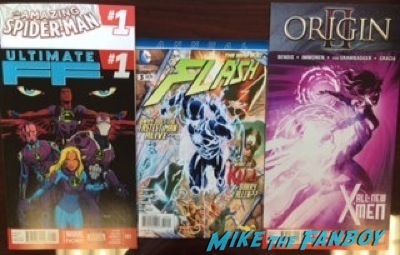 To coincide with the new movie Marvel has pretty much rebooted the Amazing Spiderman book so that anyone that’s interested in this character and wants to start reading the stories can start here. I guess it’s a good idea but for someone like myself that’s been reading this book for nearly 30 years it just seems like a waste. There were 2 options on covers and I chose the blank one. My thought is that someday I’ll get a comic artist to draw a cool picture on the cover. If I do i’ll make sure to post it here for everyone to see. The book itself is really good and sends Spidey in an all new direction. In the end who doesn’t love Peter Parker?? 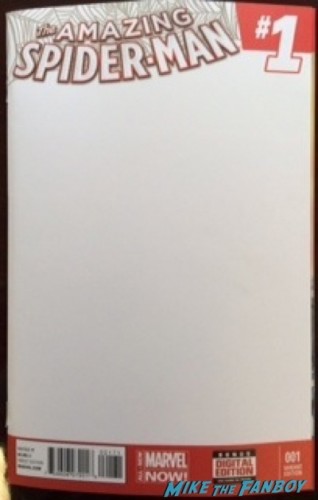