Before we get started with the awesome books that came out this week, who out there watched the leaked CW pilot for The Flash????? The way it showed up everywhere like it did I’d guess CW leaked it themselves. It’s a good idea, with Comic-Con a few weeks out what better way to build that buzz than to let the world see the pilot. It first popped up on you tube Tuesday and by Wednesday every comic fan I know had seen it and just loved it. 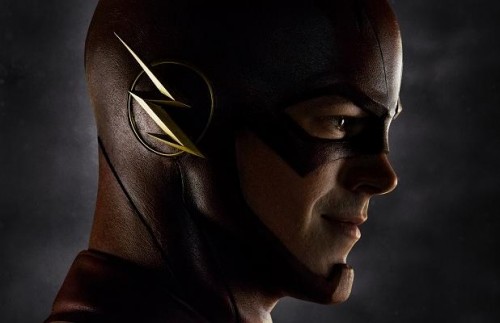 I can honestly say it’s better than both the Smallville and Arrow pilots, setting up this new Meta-Human world that is sure to bring some of the characters we love to Central City. Without spoiling the episode for those purists out there I’ll leave you with this, the pilot shows or eludes to 5 well known DC baddies, 2 well known DC heroes and 1 future and past event that has potential to reset time. I WANT MORE RIGHT NOW!!!

After watching such an awesome TV show when I picked up my books for the week and the new issue of Flash was in there I was expecting a little more than I got. So needless to say that book didn’t make it to my top picks of the week, but what did will no doubt be a sellout hit. 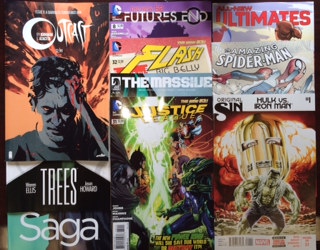 The much anticipated Outcast, the new book by Robert Kirkman, came out this week. Since I don’t like to do spoilers I’ll say this, it’s better than most but not as good as the first issue of Walking Dead. However, the $2.99 price tag and the 44 pages of eerie goodness will keep me coming back for more. Fore someone looking for a new series and loves the horror element, this is for you. 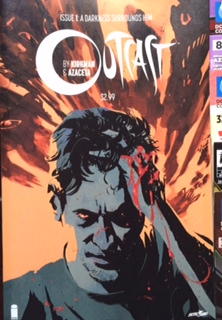 Next up we have Original Sin 3.1. A few weeks back Original Sin dropped a bomb on us that opened up all of our heroes minds to some frightening truths. This week we get a peek into the Hulk’s. A solid story and a fun read, even if you don’t like the character you have to just love this cover. What a beautiful cover and worth picking up, I may try and get it signed when I go to Fan Expo in Toronto this August. 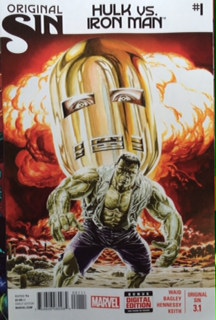 Other books worth noting that came out this week were Trees #2, an interesting take on alien invasions. Future’s End #8, a fun weekly read and of course the always awesome never disappointing Amazing Spiderman.

Have a great weekend comic fans and if you see the Flash pilot let me know what you think.
Jim