My apologies for not getting this weeks Comic Book Crossover up as normally scheduled. Like I said, it was the MTF Holiday party last night and well… There was alcohol involved and that’s pretty much all she wrote.

For this weeds CBC Jim is talking about a little superhero by the name of The Flash! His journey to the small screen, and back again… This time he’s back on Arrow with Stephen Amell!

Check out the new CBC after the jump!

Welcome back Comic Book fanatics I hope everyone had a wonderful Thanksgiving. After the long holiday weekend we had a bunch of comics come out as well as an awesome introduction on one of my favorite TV shows.

On Arrow this week we were introduced to a larger world. Last season it looked like Arrow would stay focused on a powerless world by utilizing DC’s catalog of talented, but powerless humans. Well that’s about to change, last night we got our first glimpse of a young Barry Allen. He showed up in Starling City to help out on a case as a forensic scientist. At this point in Barry’s story he is still speedless but with Police resources he’s out trying to help prove that his father didn’t murder his mother. What’s interesting here is that there are various origin stories of The Flash and this one regarding the murdered mother is straight out of the New 52 storyline DC is running, which shows a conscious effort to streamline the DC world and keep back-stories synced up. Also without saying it they’ve introduced an important adversary for the future Flash, the Reverse-Flash. 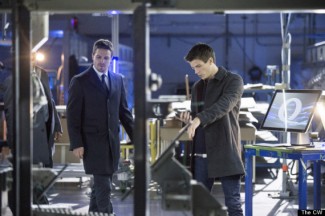 This isn’t the first time the Flash has made his way to TV. Back in 1990 when the new Michael Keaton Batman was all the rage and folks were doing the Bat-Dance DC and CBS took a stab at Superhero TV by introducing a live action Flash show that featured John Wesley Shipp as our title character. As a kid I loved the show especially in the later half of the first season when they started to dig into the DC catalog and introduced Rogue’s such as The Trickster, played by Mark Hamill. I really thought this show was going to be a huge hit. What did I know? It barely made it a season before it was cancelled. 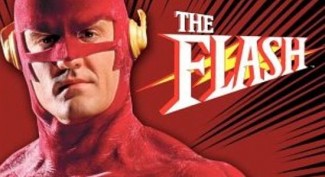 After that it would be 10 years till we’d see The Flash again on TV. This time it was in the award winning cartoon Justice League, voiced by Smallville’s Lex Luthor better known as Michael Rosenbaum. This was a great choice, Rosenbaum turned out to be one of the high points when it came to voice actors on the show. 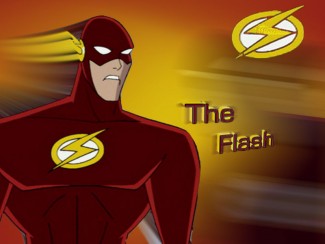 So here we are, with Arrow and the CW taking an exciting chance by expanding this universe and creating a spin-off show staring Grant Gustin, from Glee, as a young speedster. I can’t wait to see the crimson costume. How exciting!!

Ok, so after spending hours in front of the TV watching all this goodness it’s time to delve into this weeks very expensive trip to the comic book store. 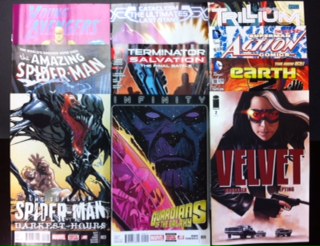 The new Guardians of the Galaxy came out, now I love this book and its characters but one thing that sucks with comics in general is when a book is late, especially when it’s a book that leads into a big finale and the finale comes out the week before. Come on guys! it’s not rocket science, let’s take a little bit more care of our scheduling. This is exactly what happened here. The final issue of Infinity came out last week and this week we have its lead-in. Shame, Shame, Shame!!!

Next up we have my pick of the week, Terminator Salvation: The Final Battle. 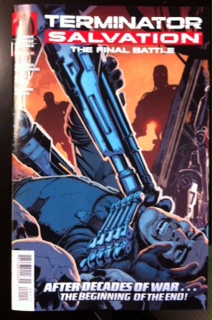 This was an awesome book written by TV and movie scribe J. Michael Straczynski. This book picks up about 10 years after the Christian Bale movie and leads us into that final battle with Skynet. This is only a 12 issue series so it should be complete in about a year so shouldn’t be a “Final Battle” that drags out indefinitely. It’ll be nice to see where that story could have gone had the studios optioned another movie.

Well folks that’s it for this week and if you haven’t spent all your money on Black Friday head on out and buy some comics!