I’m so sorry it’s been a couple weeks but I was on a bit of a vacation along with a work trip. The vacation was back to LA where I had the opportunity to attend Hero Complex Film Fest. That was a lot of fun and I got some cool autographs that I’ll have to include in upcoming articles. Then off to vegas for a conference, while I was there I attended a Penn & Teller show and saw Guns N’ Roses, so not all business. By the time I got back I was to exhausted to pick up my new comics, so sorry. 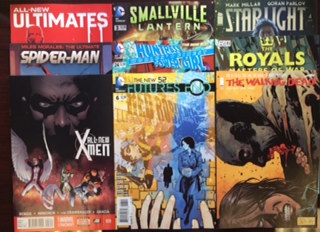 Now this week was not that big off a week which is great. I really need to hold back on the constant spending. With a mere 9 books I have a manageable amount of reading material for the week. Some of the average run of the mill books came out, The Ultimates, Smallville, World’s Finest, then we have some of the better reads like All-New X-Men and Future’s End.

What is normally an average read, Ultimate Spiderman, got turned on it’s ear this week when Spiderman, aka Miles Morales runs into the long dead original Spiderman Peter Parker. There’s a big question as to whether he’s a clone or not but what a shake-up in Marvel’s ultimate universe. No matter how you look at it, no matter who you put in the costume it’s still no Peter Parker but wow what a great job the writers have been doing with the young Miles Morales.

Now before we get into my picks of the week i have to tell you about Walking Dead. the new issue came out and after the time jump I’m not so sure it’s the same book anymore. Rick’s set himself up at running the hilltop community and in some ways it reminds me of a 1970’s commune. I keep wondering what direction this book is going to head in???? How long can this book go on? Is there a logical end? Can there be that many evil people left in the world? I guess we’ll just have to see how much compelling storylines are left out there.  This book didn’t make it onto my picks of the week but the Walking Dead have bought enough leeway over the years to head down this road for a time. 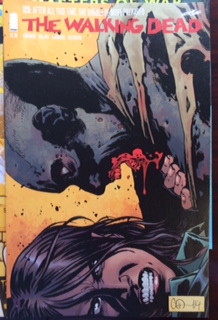 My picks of the week however are just flat out awesome! Starlight tells the story of an aging astronaut who had some wild Flash Gordon style stories years earlier, with everyone thinking he was nuts. Now as an old man a ship from a far away galaxy comes to earth in need of his bravery once more. This is a great story of redemption wrapped up in action and adventure. 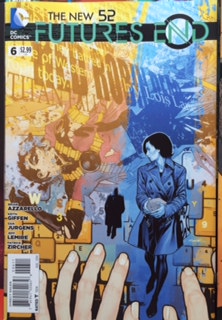 Next we have Royals: Master’s of War where in this universe powers are associated with royal bloodlines and the Royals are in an all out war courtesy of WWII. The first 4 issues have been a lot of fun with any luck Vertigo will keep this one going for a while and out of all the current indie books out there I could see this one making it’s way to TV somehow. Now that “Who Wants to Marry Harry” has been cancelled there’s an opening for another Royal themed show…….. just a  thought 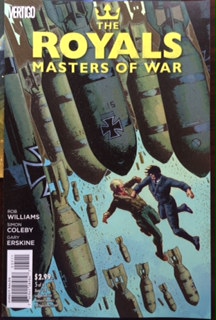 Well that’s it for this week. Next week I’ll have some of my pics from Hero Complex to share and of course new comics.