To start this column off I’d like to say that last week was my favorite weekend of the year, Wondercon weekend. I love this con but because I have family in the area I had to stay longer than I’d like and since I just got home yesterday and picked up my new books last night I’m not going to be able to get into all the coolness I saw. I will say this though Wondercon has done a really nice job in showcasing the comic book crossover. that synergy created in the comics that transfers over to movies and TV or even from movies and TV into the comics, it does flow both ways. 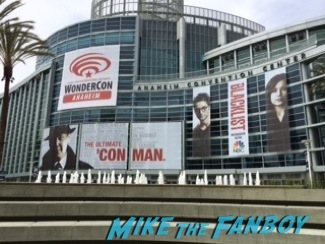 So until i get my pictures and autographs sorted we’ll just have to focus on my favorite part, the comics.

First thing I did when i got back into the ‘burgh was stop and pick up my new comics. More than needing my new reading material for the weekend I had to check out four books that I had at the top of my list for some time now. 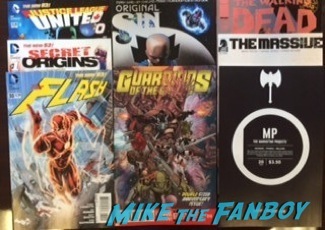 As always I have to point out the awesomeness of Walking Dead, Rick turned a corner in the conclusion of All Out War and we see the darker side growing in Carl. Take a look at him on the cover. For those not in the know the reason his hair is covering the right side of his face is because he lost his eye when he got shot in the face. Yeah you read that right Carl was shot in the face. He’s no longer that wimpy kid he’s full on badass now. This 12 part storyline did not disappoint and really set us up with some great new potential story lines for the future. I don’t want to spoil anything but if there was ever a time to jump on to this book it’s with the next issue. 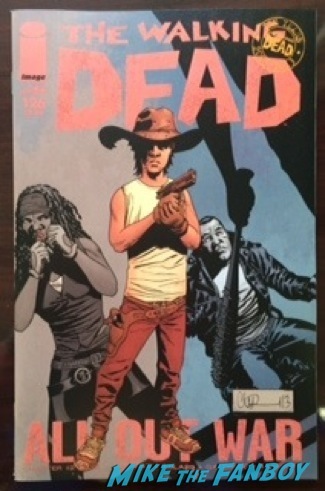 Next we have Original Sin by Marvel which sets up the summer blockbuster crossover event. This book is a bit expensive at $4.99 but it is double sized and a good look at where we’re at in the Marvel Universe. What’s also nice about this first issue is it answers the question, Do i want to invest in another large scale marvel event? Right now the answer is yes, as long as we keep the $4.99 books to a minimum. 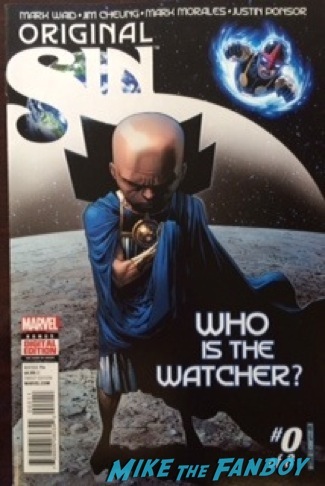 DC put out the first in a new Secret Origins book kicking it off with the Man of Steel himself, Superman. This series tells the origin stories of DC’s beloved characters in the new 52 universe. If you all remember a couple years back Dc rebooted the whole universe in an attempt to update/modernize their characters. It was a huge success but since then bits and pieces of heroes/villains new origins have been told in a variety of books. This brings it all together and sets up a more complete look at each one. For those of us that loved DC’s Who’s Who books from the ’80’s this is a real treat. 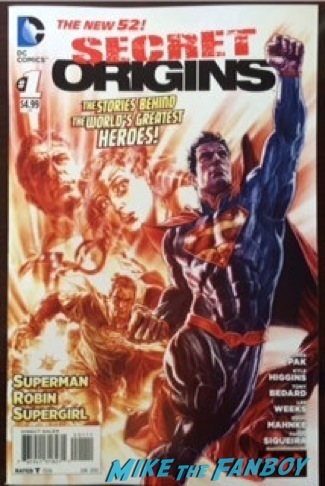 Now this last book I want to talk about is another of the very expensive $4.99 books, honestly I wish they’d stop doing this. The book is Guardians of the Galaxy #14 and what makes this book so special is the last chapter where we fast forward to the 31st century and the Guardians of the Galaxy I grew up with freeing the Earth and preparing to go back in time. I was so excited when i saw major Vance Astro throwing Cap’s shield that I had to at least mention it here this week.

Next week i’ll have more on Wondercon and kick the whole thing off with my thoughts on Son of Batman.

Until next time, Hail Hydra,