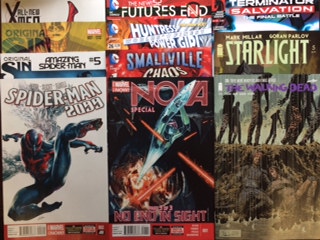 This week we had some fantastic books come out and one I’m dreading to talk about but first look at the cover for Spider-Man 2099, it’s beautiful. Between the writing and the artwork this book has just hooked me. I love it and if anyone remembers all the crappy 2099 books that came out years ago, this is not that. This is what those books wished they were. The expanded Spider-verse is really fun to follow right now with all the different titles but if I had to pick one, this would be it. A+ all the way. 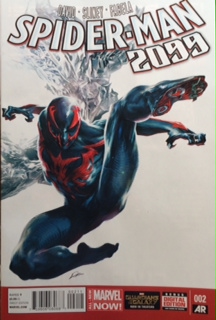 Next up we have Nova, now this is a different Nova than we saw in the Guardians of the Galaxy movie. 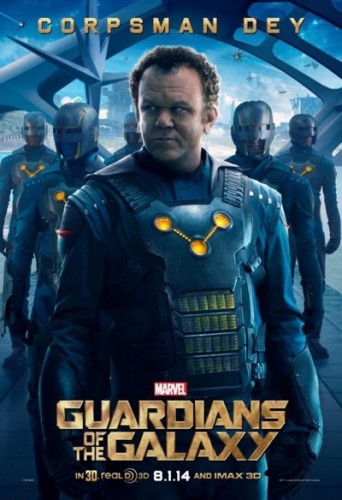 The movie has Commander Dey serving more in an official Police capacity where this book is about the Nova assigned to Earth. To sum it up this book is about a kid who stumbled upon his crazy father’s Nova helmet. Of course everyone out there knows that the helmet, like Green Lantern’s ring, is what gives the members of the Nova Corp their powers. So with that we have a teenager with an unlimited power source trying to do good. The key word in that last sentence was trying. That’s what makes this book so much fun and let me add that I can’t wait for an Earthbound Nova to finally make an appearance in the Marvel movies. When the movies finally reveal who Star-Lord’s dad is I’m thinking he’s going to have been a Nova Officer. That’s my thought anyway. 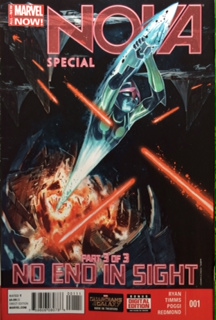 Along with these fun and enjoyable books I also picked up the next to last issue of Starlight, the new Terminator book as well as some Original Sin and DC titles. Now’s the point in this write-up that I’ve been dreading, the point where everything changes, maybe for the good, maybe for the bad. It’s the new issue of Walking Dead. 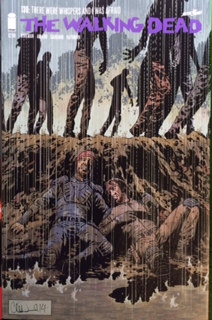 Without spoiling anything I want to point out that the last page is so profound that if it goes one way we can all point back to this moment as where the Walking Dead jumped the shark or if handled right could launch the series in a whole new direction. I’m not going to give anything away but I will say this issue has a lot of “Day of the Dead” in it.

Now before I get to worked up about the Walking Dead I have a “Day of the Dead” fun fact. The beginning of the movie was shot in the town I grew up in called Ft. Myers, Fl and all the scenes that took place underground is where my wife’s dad worked for over 30 years in western Pennsylvania. Pretty crazy, right?

That’s it for this week, now get out there and buy some comics.
Jim