I am so sorry, apparently, the last issue of Comic Book Crossover didn’t make it into my inbox. Doh!

Only me, so my apologies. However, this week Jim has the lowdown on The Flash, the comic book, his backstory and the new series coming soon to the CW.

Check out Jim’s full recap below!

Up first is the fantastic full body pose for the Flash TV show. I’m super excited for this show because I am one of the biggest Flash fans there are. Back in the eighties the Flash comic was on the decline and so after a brutal criminal trial the Flash book was cancelled and he sacrificed his life to save the DC Universe in the classic Crisis on Infinite Earths mini-series. But unlike other “deaths” in comics the Flash became one of those characters, similar to Bucky Barnes, that was never supposed to be brought back. Over time it’s just to hard to leave a character with such depth and such a rich back story on the shelf. So unlike Bucky being turned into the Winter Soldier, DC brought back Barry Allen with a reboot of the entire universe.  Now with a top rated comic we can get ourselves ready for a, cross your fingers, hit TV show. 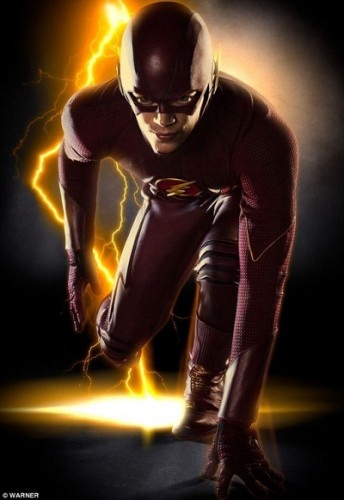 If we’re lucky maybe we’ll get a preview at WonderCon next month.

Unfortunately the new issue of The Flash didn’t come out this week but what we do have are 7 top notch books to keep me busy this weekend. 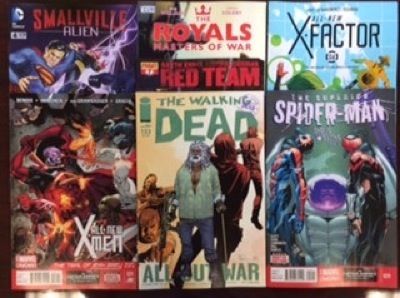 The new issue of Superior Spiderman came out with a nice tie-in to the always loved Spiderman 2099 (this is the spiderman from the future). The sroies have been a lot of fun and since Doc Ock took over Spidey’s mind last year the book has really taken off. However i do feel that before the movie comes out in May we’ll see the original Peter Parker back behind the wheel and in control.

A couple indie books by the names of Red Team and Royals hit the shelves and are really good books but since they are serialized you’ll need to start with the back issues.

That leads us to my top picks of the week. I know, i know I always pick Walking Dead but this book is so good and there is a shocking ending that could change the dynamic of this book for years to come. 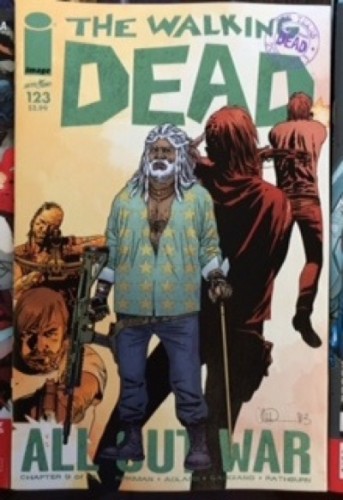 I don’t want to spoil anything but if you love the TV show and you’re not reading the book it really is time you started. Another really fun book and my co-pick of the week is the new X-Men Trial of Jean Grey book. 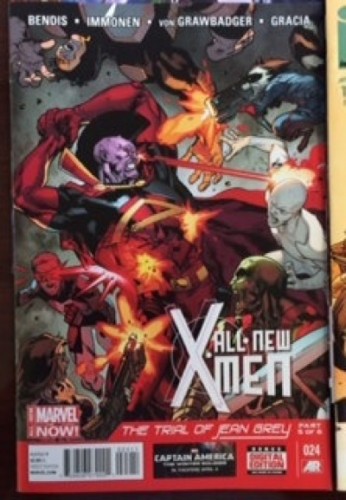 The story is fun and with the Guardians of the Galaxy in there “helping” out (I use air quotes on helping because their form of helping always seems to hurt) what could go wrong. If you love time travel and the original x-men give this one a try.

That’s it for me, i hope you all have a good weekend.