It’s comic con exclusive time! So many exclusives this year so little time. I’m so frakkin’ hard to keep up with them all. lol.

We have some more for you, so let’s not delay right?

StarWars.com has the exclusive on the next of Gentle Giant’s exclusives, a Luke Skywalker McQuarrie Concept Mini-Bust. The bust is based on Ralph McQuarrie’s original concept art for Star Wars: Episode IV A New Hope, and shows a very different sort of Luke Skywalker. The figure will be available for $85 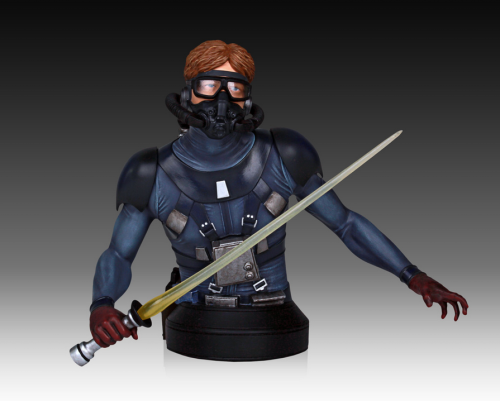 IGN has exclusively revealed a 24″ Glow-In-The-Dark Alien figure from Gentle Giant. This retro figure is a mega-sized version of a formerly released 18″ Kenner Alien figure from 1979, now made even larger and with glow-in-the-dark material. The figure has a mechanical jaw that, when opened with a squeeze trigger under the back of the head, causes a second mouth to pop up. Attendees can pick up in the Glow-In-The-Dark Alien for $499 at the Gentle Giant booth 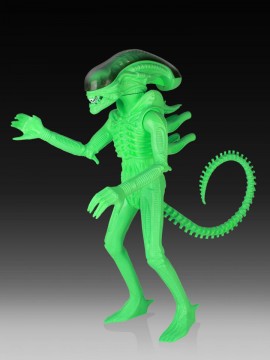 Skybound has some exclusives as well…

The Walking Dead Ezekiel Action Figure ($25). Ezekiel is the next character in Skybound’s exclusive lineup of limited edition The Walking Dead action figures from McFarlane Toys. Ezekiel comes with his trademark sword-cane and is available in full color and black & white with blood splatter. 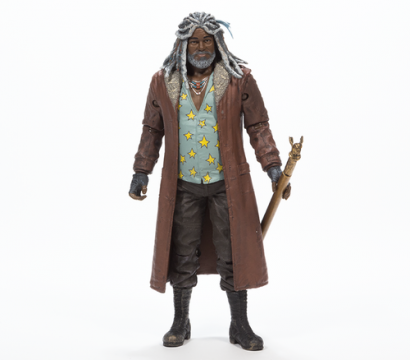 Manifest Destiny Watch ($75). Vannen once again brings style to your wrist with the latest Skybound Exclusive watch, this time featuring artwork from the breakout hit, Manifest Destiny. Each watch is signed by writer Chris Dingess and artist Matthew Roberts. Limited to 150 pieces. 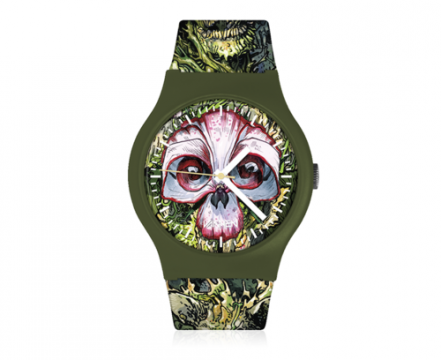 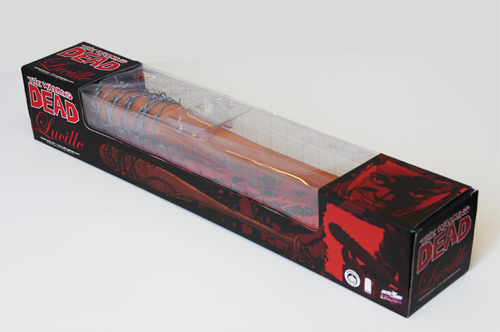 Skybound Minis Rick and Invincible 2-Pack ($20). A limited edition double blind box set of Skybound Minis, featuring Rick from The Walking Dead and Invincible from the self titled series. The minis were designed by Scott Tolleson and will be limited to 5000 sets. With six possible colors for each figure, each box is a mystery. 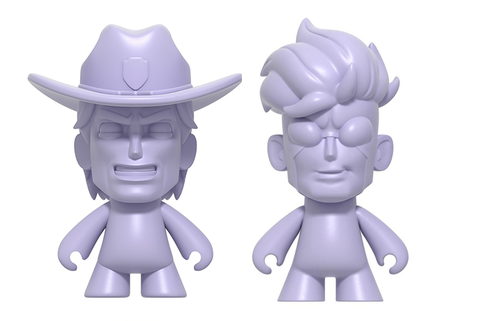 The Walking Dead Abraham, Andrea and Jesus PVC Miniatures 2-packs ($10 each). Next in the series of The Walking Dead PVC Miniatures are Abraham, Andrea and Jesus each packed with a gruesome zombie. Designed by October Toys, these PVC miniatures come in 4 different colors (Grey, Grey with blood splatter, Purple and Glow in the Dark). Limited to 500 of each color for Purple and GID, 250 each for Grey and Greywith blood splatter. 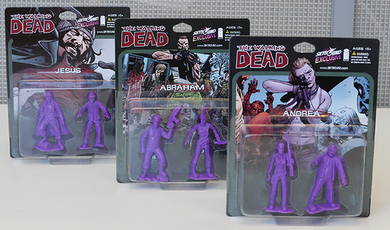 Super7 is rolling out some really cool exclusives. The raddest one is…

Alien Egg Chamber ReAction Playset: The highly anticipated playset that will pull on nostalgic heartstrings of 70’s youth will be exclusively released at this year’s San Diego Comic Con. Now you can relive the excitement of the Nostromo Crew’s journey into the Derelict Alien Spaceship! Venture with Kane deep into the mysterious Egg Chamber ReAction Playset and pose your sturdy ReAction Figures on the detailed, egg-covered base. Inspired by the playsets of the 1970’s and packaged in an era appropriate photo box, the playset provides the perfect backdrop for all of your ReAction Adventures. The playset comes complete with classically styled action base made from durable hand-cast resin and corrugated cardboard, full-color Alien Egg Silo backdrop that slides into the base for display. ReAction Figures sold separately. Limit to one per person for the entirety of the show. Limited run of 250/numbered. 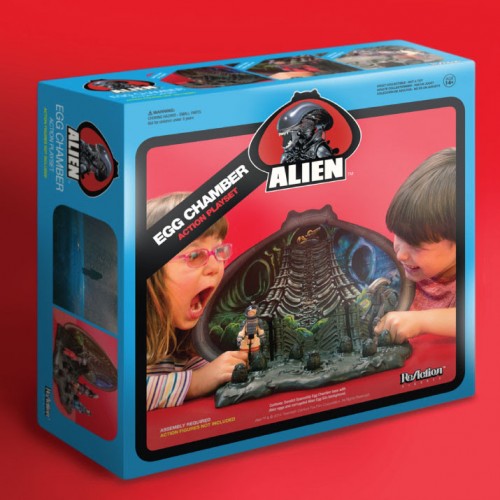 Super7 x Funko: Gimp in a Box ReAction Figure: One of the strangest characters seen in the cult movie phenomenon Pulp Fiction is being released from his basement dungeon as a poseable ReAction Figure! Now you can hide the Gimp away in your own authentically detailed wooden crate and bring him out to play when you need that special kind of release only he can provide. The 3.75” tall ReAction Figure features an ornately detailed outfit and comes packaged inside a wooden storage box. Limit to one per person. $25 ea. 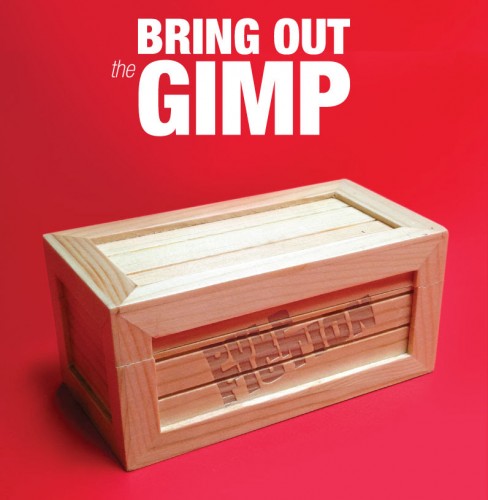 Super7 x Funko: Alien Deep Space Mystery ReAction Figures: From Deep Space comes a mysterious Alien Egg containing an unknown life form! Only by looking inside the hideously detailed egg can you find out what ReAction Figure lurks inside. Doubling as a blind box, each Alien egg contains an extremely limited, secret ReAction Figure. Hidden in these eggs are new sculpts and colors never before seen in the Alien universe. Once opened, the egg doubles as an action figure stand featuring a foot-peg to pose your ReAction Figure standing in the terrifying open mouth of the Alien Deep Space Egg! In space no one can hear you scream… Limited to four per person. $25 ea. 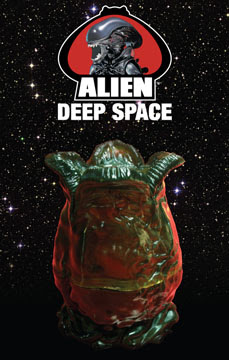 Factory Entertainment has the last of their exclusives…

Factory Entertainment is honored to announce number eight in its Convention Exclusives line up, Stan ‘The Man’ Lee, legendary creator of many of the world’s greatest heroes as a 16” tall talking plush! Featuring six phrases specially recorded by Stan for this exclusive, each plush is designed to exactly replicate Stan’s signature look as he appears in his latest creation, Stan Lee’s Mighty 7, limited to just 500 pieces worldwide, available at San Diego Comic Con only from the Factory Entertainment Booth (#2747) while supplies last. 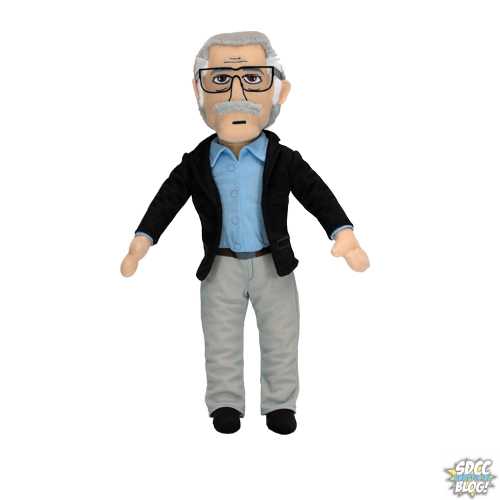